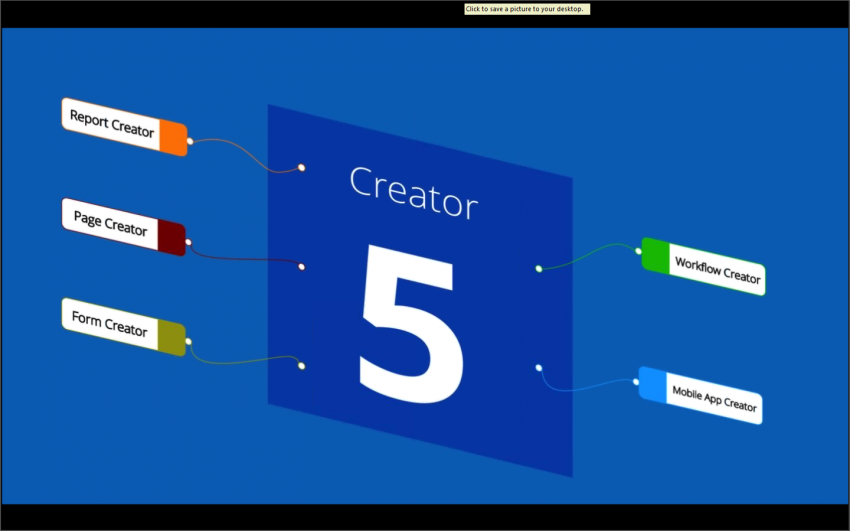 Zoho today announced a major update to Zoho Creator, its “low code no code” tool to enable anyone to create an app.  Creator 5 is the fifth major release in the tool’s 12 year history.

A Look at Zoho Creator 5

Overall, the feel of the new Zoho Creator is more intuitive and easier to use. Included in the new release are a number of new features and enhancements:

Easier to Use Interface

While Creator relied on drag and drop tools for a long time, the interface was fairly spare and techy-looking. Creator 5 has adopted a new level of user friendliness with a more intuitive graphical-user interface.

Today’s update makes workflows and automation easier to build into an app, with a brand new visual workflow tool. The person building the app can now visually implement each step of a business process, including automation, emails, approvals, alerts, scheduled activities and other workflow actions.

The brand new page creator feature is designed to allow someone building an app to easily set up a dashboard or page containing data — and customize the look and feel. Charts and other information can be added easily to the page.  Charts are also easily customizable.

Easier to Use Data Input Fields

In Creator you set up forms to capture data in your app.  This process has been made easier. For example, here’s more help to configure what you need to capture an address. All fields that you might need for an address (street, city, zip code, etc.) are already included on the screen, instead of the person building the app having to include each element of the address field individually from scratch.

Perhaps the most exciting news in this new Creator 5 is integration between the user’s custom Creator apps and a number of Zoho and third party apps is already built in. With an architecture called “One Virtual Database” data flows across applications. According to Raju Vegesna, Chief Evangelist for Zoho, with One Virtual Database those building apps can now pull data across various applications easily without coding special integrations.

So, for instance, if you used Creator to build a custom warehouse app, you can integrate the data from that and from your Zoho Books accounting system.  It doesn’t require technical knowledge to do so. Two third-party apps are also integrated: QuickBooks and Salesforce. More are planned. 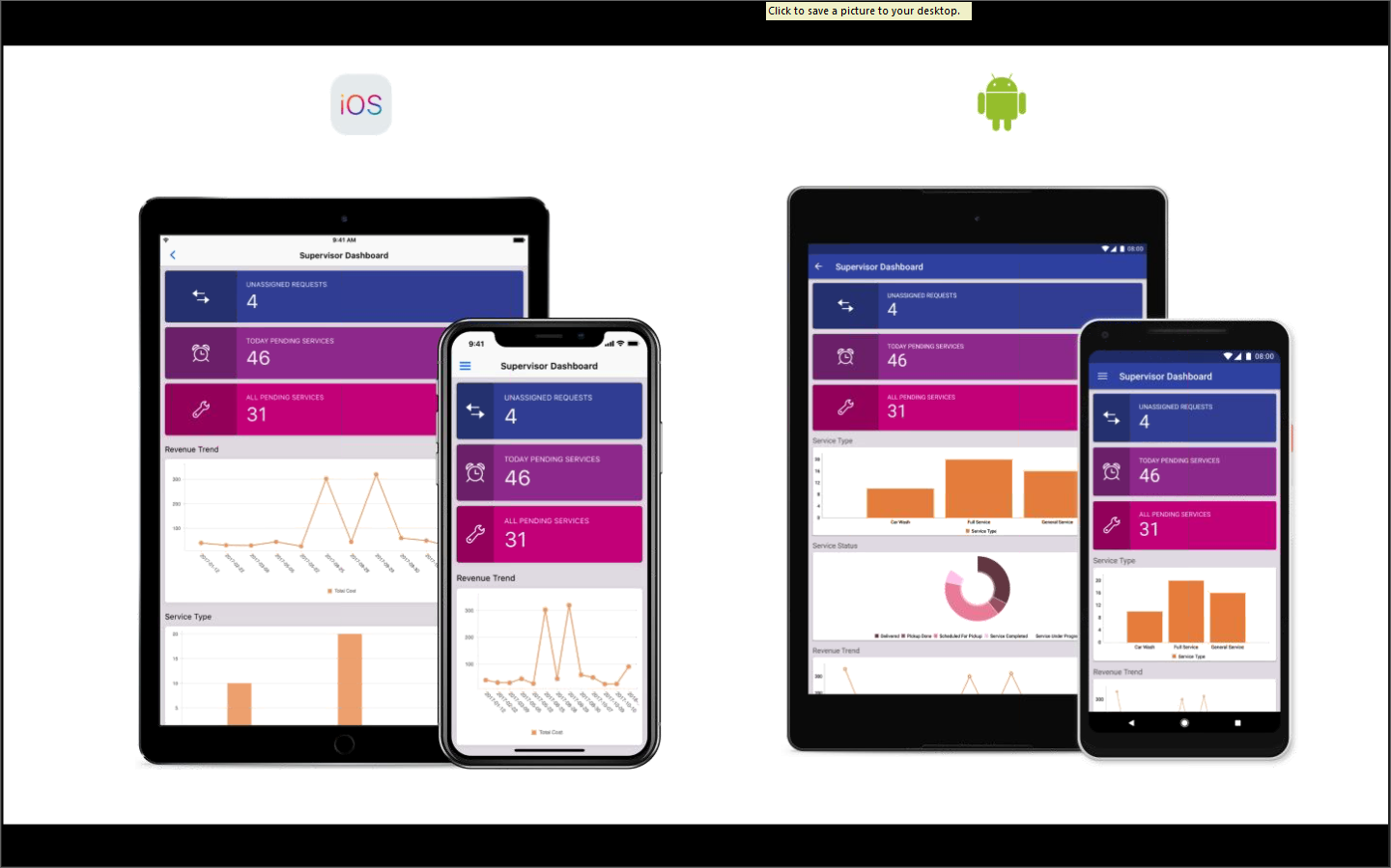 Adds industry analyst Brent Leary of CRM Essentials, “Creator 5 not only makes it easier to build and deploy cloud based business apps, it does so in a way that allows non-coders to integrate some of the most used third-party apps with Zoho’s always-growing array of business applications.”

Creator 5 automatically creates versions of the application optimized for desktops, tablets and smartphones. The apps not only are optimized for mobile devices, but individually for the IOS and Android mobile platforms.

Vegesna stresses there’s no separate tool here and integration is seamless. “In this case when you create an application, it is automatically created across all platforms including the web, tablets and smartphones.”

And with the quick toggling of a button, you can now preview how your app will appear to users using various devices.  You can even customize certain actions, such as what happens in your app if a user swipes left or right or does a hard press on a mobile touchscreen.

Pre-existing apps built using Creator are also automatically optimized for mobile, so that the builder doesn’t have to re-do any work. 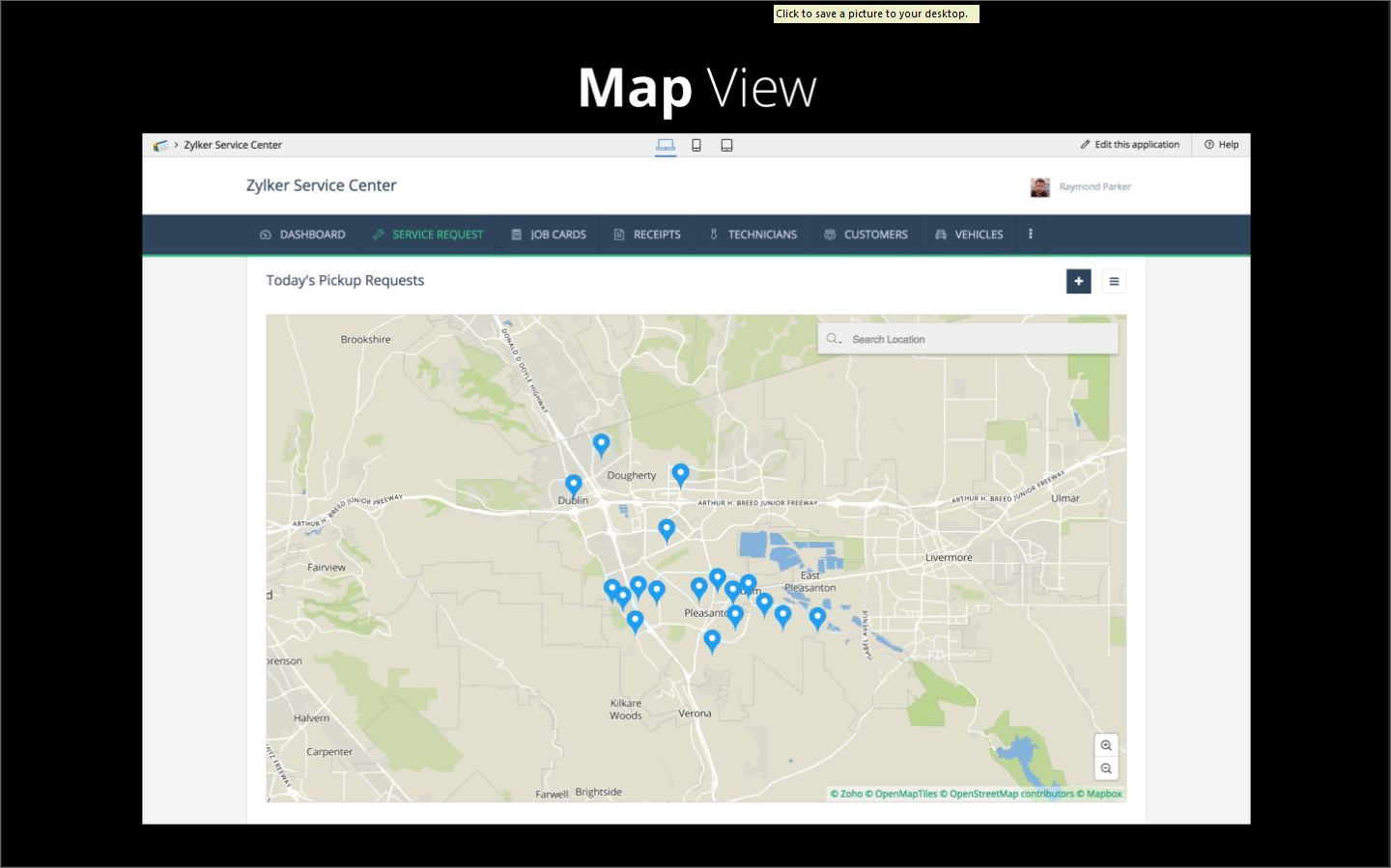 Creator 5 now has a camera app — you can literally take a picture, do some editing and include the image in a Creator app.

For those apps that include barcode capabilities, there is now a barcode scanner included.  There’s also integration with a maps feature, so that data can be conveyed in a map format (see image above).

A Mature App Player in the Low Code No Code Movement

Twelve years ago Zoho was ahead of its time when it first debuted its low code no code tool for users to create their own custom applications. Creator was designed to allow those with little or no technical expertise to build the systems needed to operate businesses.

Zoho championed the “low code no code” approach long before it became a trendy movement.

Fast forward to the present.

Today, “low code no code” has come to symbolize citizen developers who create their own apps for their own small business, or an app for a department or function inside a large corporation. It’s become a movement, dubbed “low code” by Forrester Research.

Over the last decade, Zoho Creator has matured. Customers have used it to build over two million custom applications — from simple to sophisticated. Businesses of all sizes use it, from small startups to Fortune 500 companies.

In recent years, newer entrants have introduced their own app builders.  But, claims Vegesna, Creator has a distinct advantage by being such an early player. He points to the fact that Creator is a mature application and more full-featured than newer entrants in the marketplace. Creator’s portfolio includes company names like Adobe and Cisco.

Zoho as a company has also grown, and now offers 40 products.  Creator is the second most popular. “Business is good,” Vegesna said during the product launch. “Now we are at thirty five million users,” he added about Zoho as a whole.