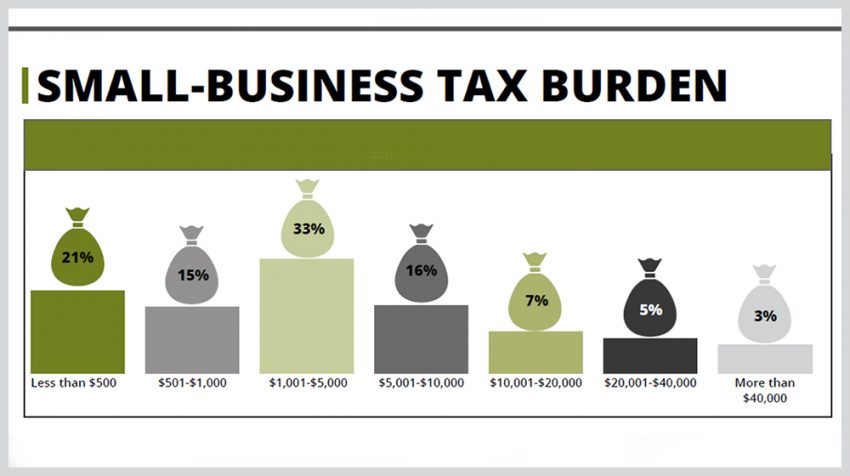 The new tax reforms passed by the Trump administration were supposed to simplify the tax system. However, The National Small Business Association’s (NSBA) 2018 Small Business Taxation Survey reports administrative burdens still outpaces those of finance as 63 percent said they spend more than $1,000 annually on the administration of federal taxes.

The 2018 NSBA survey provides insightful opinions on the Tax Cuts and Jobs Act from small businesses across the US. As part of the NSBA’s advocacy of small businesses, it is looking to find workable solutions to the tax code by simplifying the entire process and lowering rates. But the complexities persist.

For one in three small businesses, the survey reported they spend 40 hours each year on federal taxes. And to make matters worse, the NSBA says the complexity is expected to increase for tax year 2018. It is important to note the NSBA supported the law.

In the report, Cynthia Kay, NSBA Chair, and Todd McCracken, NSBA President and CEO, said, “While the law is far from perfect, NSBA ultimately supported it as a good start to what meaningful, broad tax reform should look like.”

The survey was carried out online from March 23 – April 5 with the participation of 953 small-business owners.

Key Takeaways From the Survey

Regarding how much time they spend on their taxes, the time can go as high as 120+ plus hour every year. This high number was for 11 percent of the respondents. Still, a considerable number of businesses spend many hours, with eight percent stating 81 to 120 hours, 15 percent 41 to 80 hours, and 18 percent 21 to 40 hours.  A simplified tax code would mean these small businesses could spend this time for more lucrative pursuits.

What about the expense?

You can look at the rest of the data in the survey here (PDF).

There is no question the tax code is more burdensome for small businesses, and as a group, they have been pushing to get relief from rates and the complexity.

Kay and McCracken added, “America’s small-business owners have consistently ranked “tax reform” among the top issues for Congress to address. Even with the reforms in the Tax Cuts and Jobs Act, more must be done to simplify taxes, achieve parity in taxation between large and small businesses, eliminate sunsets and make tax reform permanent, and address the deficit.”

Fingers crossed, here is hoping the President and Congress are listening.