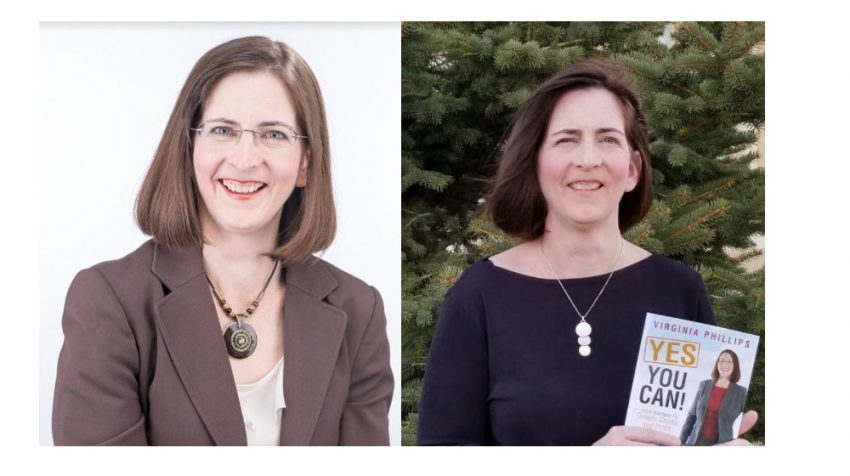 Giving in-person presentations to clients differs from public speaking, though there are strong similarities. Same goes for broadcasting a live video. We learn by doing. A Gallup poll three decades ago revealed 45 percent of people were afraid of public speaking. Almost 23 years after that poll, another in 2011 (also by Gallup on the same topic) revealed a similar stat!

If you’re a small business owner  who suffers fro similar fears, Virginia Phillips may have the answer. Small Business Trends connected with Virginia Phillips about the “90 day video challenge” she just completed on Facebook Live, why she did it and what the positives are.

Virginia Phillips was raised in a large family in a small city outside of Milwaukee. Excelling as a professional in HR for many years in the US and in Europe, a car accident in 2012 transformed her life. She is now an award-winning coach who inspires and guides individuals in narrowing their confidence gap, generating their business plans and creating opportunities with easy-to-apply techniques such as communicating using Facebook Live and leveraging organizations like Toastmasters. She recently launched her entrepreneurial podcast Yes, You Can! using the same name as her bestselling self-leadership book. 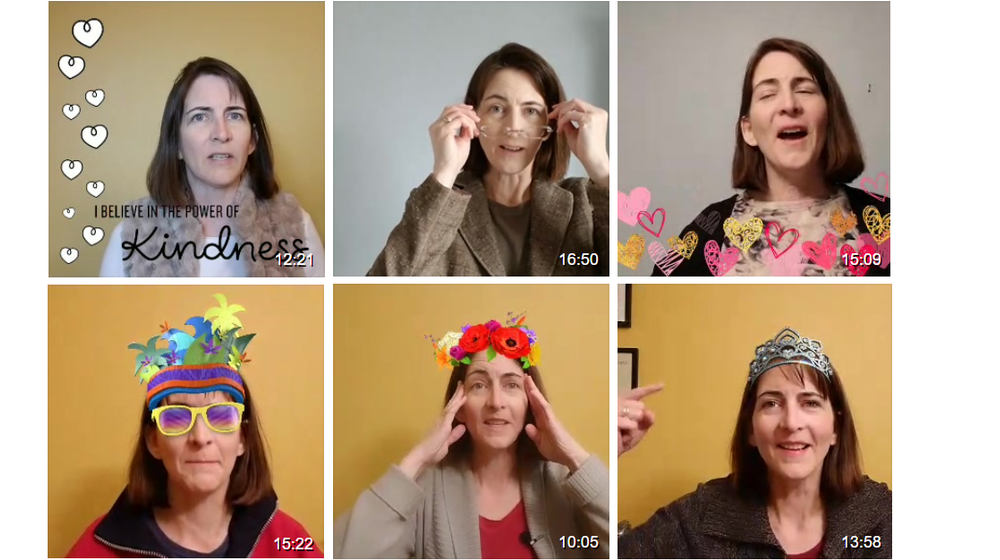 Small Business Trends: What might others get out of committing to 90 days of video? When did you know this was a good choice for you?

Virginia Phillips: If there is anybody out there that is a bit fearful behind the camera, or thinks they have to live up to societal expectations, or is looking for a not-so-obvious way to do some personal growth, I recommend they do a 90-day video challenge. For me it was about overcoming fear, staying committed and finding a new me. I wrote a book named Yes, You Can about believing in yourself and knowing you have something to offer the world that no one else can offer. I encourage people to find their happiness and hang on to it and that only happens when they honor themselves, and that includes the messy and the complicated.

I accepted the 90-day video challenge when I was at a seminar. Faith Young, a successful Denver real estate agent, spoke and challenged the audience to do a 90 day challenge. I knew it would push me outside of my comfort zone, and for many reasons, I knew it was necessary. 2013 was the first year I got on Facebook when I saw the business community was connecting there. Facebook Live is just one more level.

Small Business Trends: What’s the day-to-day outline for the 90-day video challenge look like? Why such a long timeframe? Can’t it be shorter, maybe 30 days?

Virginia Phillips: When you do something for more than 45 days in a row, you start to build new neural pathways. And if you do it for 90 days, that neural pathway in your head becomes a bit stronger. It now becomes a neural pathway that you can rely on.

I got on Facebook Live daily to share what was going on with my world to my community, or to tell them how grateful I am to have them in my life. Do this every single day for 90 days with full commitment, whether you are sick, whether you’re happy, even [if] you’ve just had surgery or you’re burying a friend.

I know there are people out there who think they’ll hop on a 90 day challenge and get a ton of viewers and promote themselves to the world. This was not about that for me. I knew I wanted to improve my speaking skills not only with Facebook Live, but with any other camera work I do. I know that when you’re challenged outside your comfort zone, speaking skills improve.

Small Business Trends: Did you always broadcast at the same time? What about expecting the unexpected? Unpredictability in live video is a big fear factor, not just for individuals but for brands too.

Virginia Phillips: There were times I’d broadcast the Facebook Live at 11:45 PM and I would have more viewers compared to the day before going on at 3:00 in the afternoon. Some people are what you might call night owls and they crave nighttime social interaction.

As for surprises, sometimes I thought I would talk about something specific and I’d get excited before going on camera. The next thing I know I’m live and down a rabbit hole being emotional about something. This unpredictability was surprising to me. There was one time I did my broadcast upstairs so that my dog wouldn’t steal the show, as she often does. As it turned out, she got into craziness in the kitchen, pulling open bags of chips and things like that. The audience loved that my camera was on and I wasn’t visible because I was attending to the dog. Now in the professional world, that’s not acceptable. You don’t leave the stage after saying your dog’s acting crazy. But I was vulnerable and showed my community that this is what happens in life. You set up, turn on the camera and life stuff happens.

And there were some very challenging days. We lost police officers. We actually had an active shooter just down the road from me on one day. Rough as those days were, I still went on Facebook to talk with people about what was important to me. I wanted to show my community that my life isn’t always perfect; people who know me know me as the woman who’s gone through a lot — they think I’m the most positive person. Well frankly, that’s sometimes an easy facade I put on for folks. The 90 day challenge helped eliminate that facade — I talked about my feelings instead of covering them up. An area where I saw growth was overcoming the effort I go through to make sure people don’t know I’m suffering; to make sure people have no idea about my disabilities. During the 90 days, I appeared as I do every day with my disabilities — I use the wrong words or I’ll miss words or sometimes slur my words; I don’t complete full sentences. I forget details in what I planned for a Facebook Live. I knew those things would be apparent to myself and to my community. I’m no longer afraid to show my reality to people; I’m no longer afraid of people knowing that I am disabled.

The community responses were also unexpected. Some viewers would get upset if they missed one of my broadcasts. To this day, I still don’t know why they were interested in what I was talking about, but there was a connection they had with me. A part of me thinks it was because I [was]  doing something that they weren’t comfortable in doing. I am grateful I had my champions during the 90 days, expressing thanks that I was getting behind the camera and being vulnerable and talking about difficult topics.

Small Business Trends: What were some major lessons after it was all said and done?

Virginia Phillips: Overall, I was blown away by my personal growth and I will likely do it again. I will plan a little bit more for the next one than I did this one, and challenge myself more. During the 90 days, I didn’t get dressed up before broadcasting; I didn’t put on the professional garb. Still, I believe it helped me increase my stage presence. As an up-and-coming speaker, you must be able to also speak to a camera with authenticity. There are many people that still won’t do Facebook Lives because of the fear of being on camera — I think it’s the same fear being in front of an audience. Facebook is a little bit different, in that you can’t even see them. You don’t know who’s going to watch you or what they’re thinking or why they’re watching you.

On a real stage, at least there is some understanding why people are there and you know who you’re speaking to, but when you’re speaking into a camera and it’s Facebook Live, it’s scary. If I was going to face fears, appearing in front of the world for 90 days without fail was a big part of that. It took extreme commitment. I have committed to other things before, but this was something I had never done. I don’t think anything has scared me like the 90 day challenge did.