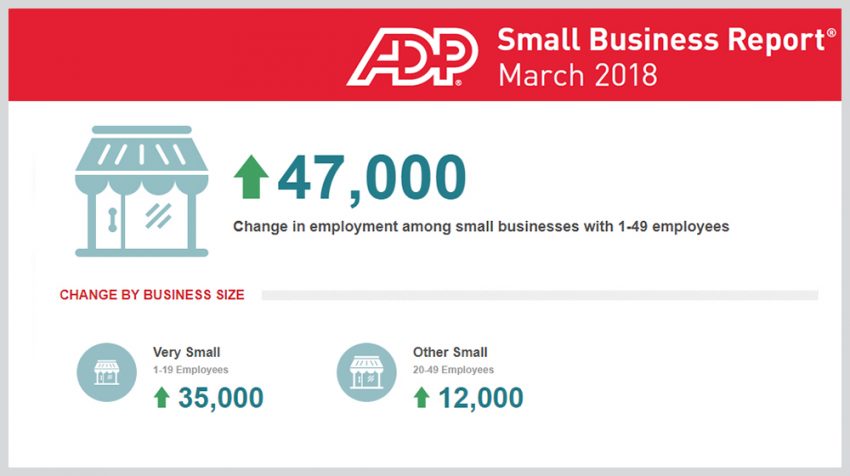 The March ADP (NASDAQ:ADP) Small Business Report revealed the service-providing sector was greatly responsible for the 47,000 jobs small businesses created in March. Although the number for small businesses came in 19,000 lower than February. Still, overall the national employment numbers were higher at 241,000, compared to 235,000 last month.

There are fluctuations in the different segments of the employment report, but the economy has been generating well over 200,000 jobs for the past four months. According to Mark Zandi, chief economist of Moody’s Analytics, this is double the pace of the labor force growth, which is further tightening the labor market.

Ahu Yildirmaz, vice president and co-head of the ADP Research Institute, commented on the job market in a press release. Yildirmaz said, “We saw impressive momentum in the first quarter of 2018 with more jobs added per month on average than in 2017.  Midsized businesses added nearly half of all jobs this month, the best growth this segment has seen since the fall of 2014. The manufacturing industry also performed well, with its strongest increase in more than three years.”

The ADP National Employment Report is a monthly publication produced in collaboration with the ADP Research Institute and Moody’s Analytics. The data for the report comes from ADPs payroll data by measuring the change in total nonfarm private employment each month on a seasonally-adjusted basis. The report measures around 24 million U.S. workers with statistical methods similar to the ones used by the U.S. Bureau of Labor Statistics.

The lion’s share of the ADP Small Business Report saw the jobs for March coming from very small businesses of 1 to 19 employees, which created 35,000 of the 47,000 jobs. The remaining 12,000 jobs came from larger small businesses with 20-49 employees.

Regarding the sectors responsible for the jobs, service providing businesses generated 36,000 jobs, while the goods-producing sector delivered only 11,000 jobs.

Nationally, the employment numbers were driven by midsized businesses with 50-499 employees. This segment generated 127,000 jobs, which is a 3+ year high as Yildirmaz pointed out in the release. Large businesses delivered 67,000 jobs, a 3,000 decline from February compared with the 47,000 jobs created by small businesses.

Here too, the service sector produced the highest number of jobs at 176,000 with the goods-producing sector creating the remaining 65,000 jobs.

According to ADP, its National Franchise Report is the first and only report of its kind. The report provides a monthly snapshot of U.S. nonfarm private franchise employment based on actual transactional payroll data.

The numbers for March were lower with restaurants seeing the highest decline. Compared to February when it was at 19,600 jobs, this month the number was at -7300. Food retailers also came in lower but this  segment wasn’t hit as badly as restaurants going from 500 to -400. 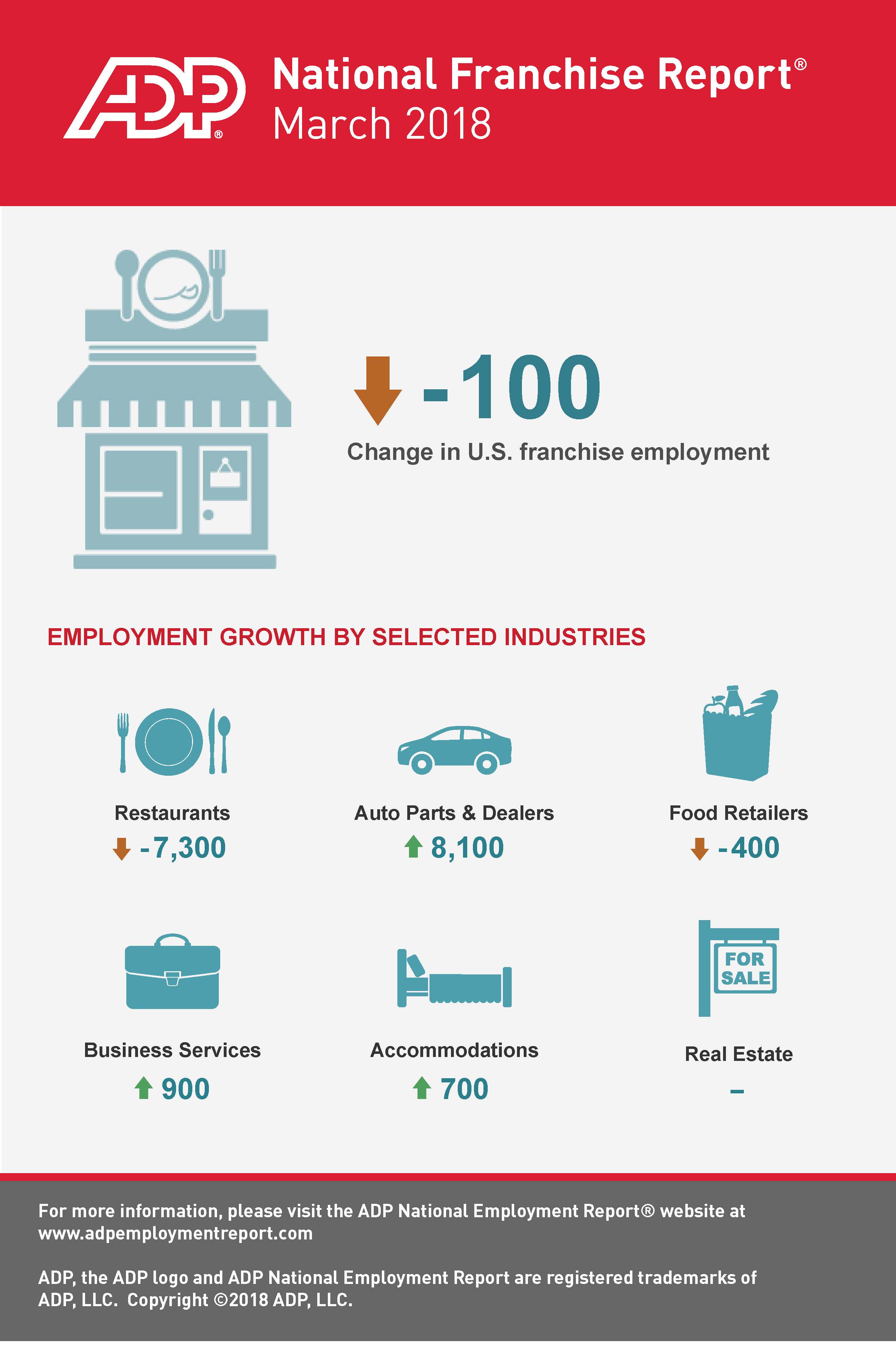 The regional report provides a glimpse into the way the total 241,000 jobs created break down by region. The South and West are faring much better than the rest of the country, accounting for 174,000 of the jobs created for the month.

California and Texas were responsible for creation of 33,000 and 35,800 jobs respectively.