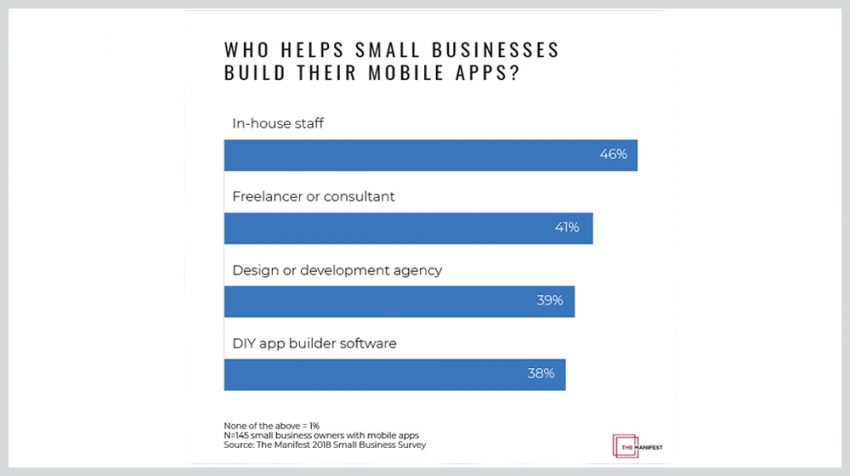 The value mobile apps deliver to small businesses is undeniable, but a new survey by The Manifest points out there is not a uniform approach to developing the apps. Almost half or 46 percent said they use in-house staff to help with their mobile app.

In highlighting the cost and time it takes to develop apps, the survey revealed small businesses are struggling. This limits their ability to take advantage of all the opportunities mobile apps offer as smartphone penetration rates fast approaches the 100 percent rate in many developed countries around the world.

Small businesses need mobile apps in today’s digital ecosystem because they are one of the best ways to reach customers.  Even if your customers are not using your app 24/7, you have made your business accessible on their mobile device. This allows you to engage with them in new promotions, loyalty programs, specials, and more.

But the cost of creating quality apps is still a barrier. And as the report says, “It’s hard to cheaply create a mobile app that can actually meet your business’s goals.” And this has led many businesses to go without an app. According to a survey cited in the report, 58 percent of small businesses currently do not have a mobile app.

Riley Panko, the Senior Writer for The Manifest, who wrote the report on the survey, said, “Mobile app development requires significant investment in both time and money. Therefore, it makes sense that smaller businesses, or businesses that are still scaling, may struggle to build an app.”

The Manifest survey was carried out with the participation of more than 350 small business owners with 1 to 500 employees to determine how and why they create mobile apps. Fifty-five percent of the businesses had less than 10 employees, and 57 percent had annual revenue of less than $1 million.

Findings in the Survey

The survey has revealed company size has a lot to do whether a business has an app or not. Almost half or 47 percent of businesses with 50+ employees have had a mobile app before 2017. And only four percent of companies with the same number of employees said they didn’t have an app.

On the other end of the spectrum, 30 percent of small businesses with only one employee said they don’t have a mobile app and are unlikely to get one in the future. 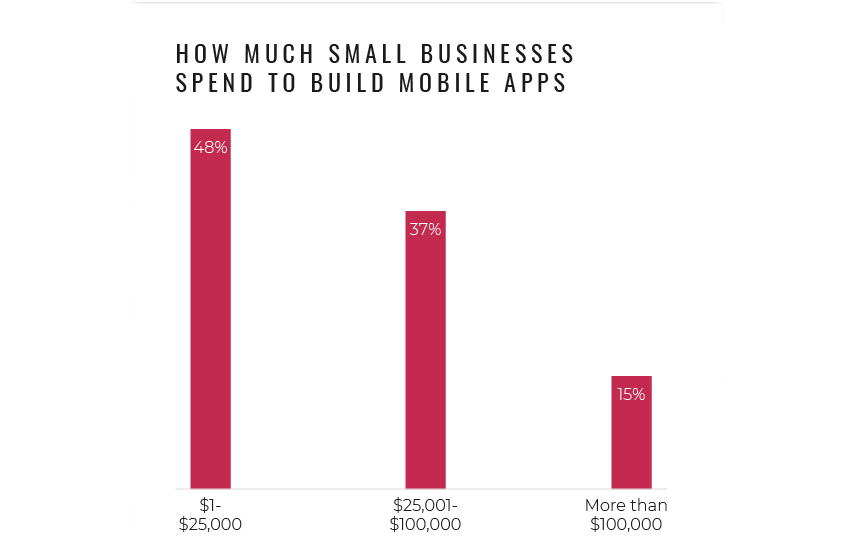 The cost and other considerations have driven small businesses to use in-house staff to build their apps. Forty-six percent have chosen this route, while 41 percent said freelancers or consultants, 39 percent design or development agency, and 38 percent DIY app builder software.

As the report concludes, understanding the approach other small businesses have taken to create their mobile app can let you plan your project with more insight.