Believe It or Not, He’s had a Few Assistants Quit on Him 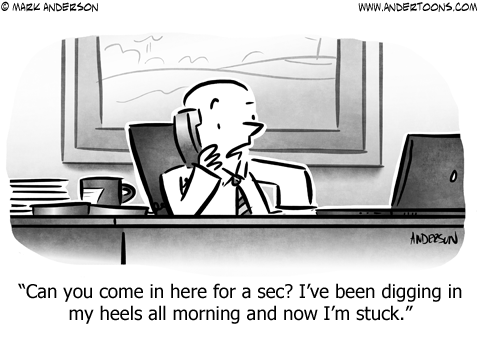 I’m going to talk about this cartoon not so much for what’s in it, but for what’s not. The name of the person on the other end of the phone.

Normally, I have a specific name there to help ground the cartoon in a little specificity, but this time I think I thought about it too much.

In the end, after much overthinking, I just chose to go nameless and justify it as expediency instead of taking the coward’s way out. Which I totally didn’t.