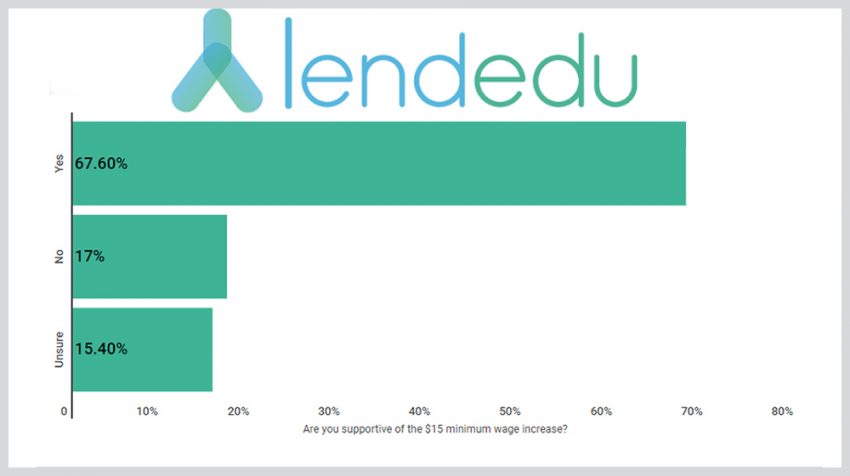 A survey commissioned by LendEDU revealed 67.6 percent of small business owners are supportive of recent minimum wage hikes. This despite the cost they will have to incur because of the new laws.

To date, a total of 18 cities and states have increased the minimum wage. The support for the wage increase is surprisingly high, as only 17 percent said they flat out don’t support it, with 15.4 percent still undecided. If there is anything this survey points out is, small business owners are an adaptive bunch. They said they will look into everything from AI to raising prices, hiring less/more, moving and more to make it work.

Being able to adapt is key for small businesses because they don’t have the same resources as large companies. As Mike Brown, who wrote the report from the data the survey uncovered said on the LendEDU blog, “For any business, outside changes out of your control often force you to adapt within your business, which is always key for survival.”

Brown adds, “The looming $15 minimum wage increase will pressure small business owners to tweak their model and make adjustments in order to thrive.”

The survey was commissioned by LendEDU and carried out online by polling company Pollfish over a 14-day span, from Mar. 19, 2018, to Apr. 1, 2018. Five hundred small business owners from either the city of Seattle, the states of California or New York, or Washington, D.C., were surveyed.

What are Small Businesses Going to Do?

One of the first questions the survey asks is if these small business owners are aware of the laws for increasing the minimum wage, and 79.4 percent said they were while 20.6 said no. And the support breaks down as indicated above. 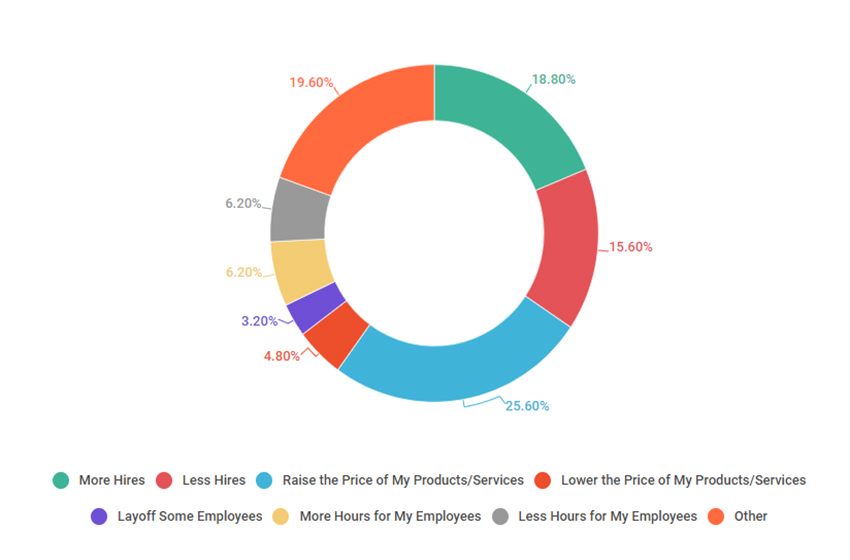 What about Artificial Intelligence (AI)?

The question of AI was only posed to businesses who are considering reducing their workforce. Of these, a combined 60 percent said they are either definitely implementing or highly likely to implement AI to replace/substitute their manpower.

Is Relocation an Option?

The report is full of valuable insights into how small businesses feel about the $15 minimum wage increase. You can read the rest of the report in great detail here.