A Guide to Boston Startups 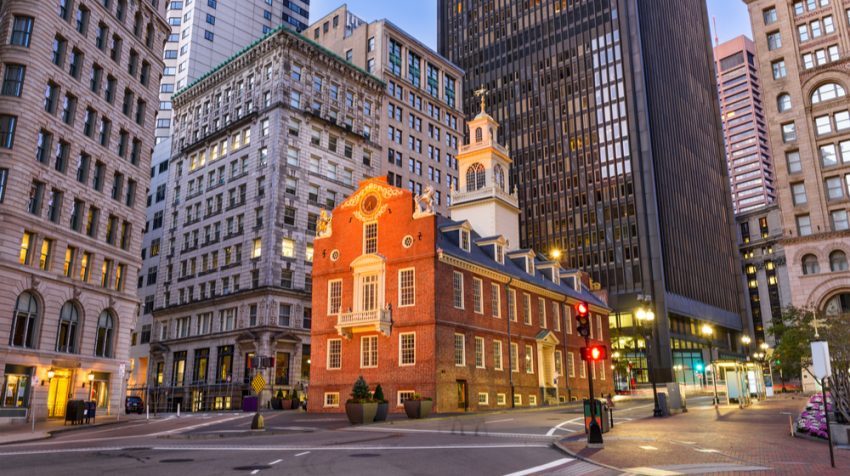 Boston recently ranked first among the top 25 startup hubs in America. Discover some of the elements that make Boston an ideal place for entrepreneurs.

In the past, Boston has been an underestimated player in the startup scene. However, it recently ranked first among the top 25 startup hubs in America, according to a report by the U.S. Chamber of Commerce Foundation and startup incubator 1776. The findings are based on talent, specialization, capital, density, connectivity, and cultural statistics, among other data. “Boston earned the top spot by having clear emphasis on next generation tech companies specializing in education, energy and healthcare industries,” according to the Boston Business Journal.

Not only is the city of Boston a startup hub, next-door neighbor Cambridge is thriving, thanks in part to the plethora of world-class universities located nearby. Facebook and Microsoft are just two of the most famous examples to come from the intellectual capital of the United States. That’s one of the reasons tech leaders are taking notice of the area’s impressive growth. Companies like Amazon and Twitter have opened headquarters on the East Coast or established offices in Boston.

In addition to high quality of life ratings and a welcoming regulatory environment for startups, Boston has a lot to offer. Because of critical factors like a collaborative community and innovative business concepts, its growth as a startup hub is expected to continue. There are many elements that make Boston an ideal place for entrepreneurs and startups. Here are just a few:

For companies looking for access to startup funds, the city is ideal. “Boston has topped the charts alongside California for the most venture capital per capita invested in the U.S.,” according to the Startup Institute. This figure increased 37 percent in 2014, as Massachusetts companies raised $4.2 billion in venture capital funding.

Its status as a startup hub makes Boston highly attractive to investors. Numerous “super-angels and angel groups” have institutionalized, creating a broader set of seed-stage funds, according to investment capital firm NextView Ventures. “A handful of industry-focused funds have also burst onto the scene. These promise to add significant expertise and capital,” NextView Ventures says.

A collaborative approach to entrepreneurship means that more established enterprises continue to drive innovation, working with local talent and smaller startups to create what The Next Web calls “a tech mecca.” Top-tier universities also contribute to the area’s startup culture with new ideas and the latest research.

An Ecosystem of Support

There are more than 40 university and industry incubators and accelerators throughout the state of Massachusetts, The Next Web points out. This means that entrepreneurs have access to the resources they need for success.

Local government is playing an important role as well: “City Hall has built programs that support startups to help Boston evolve into a world-class tech ecosystem, including the hiring of the first ‘Startup Czar,’ an advocate for the city’s entrepreneurs and early-stage businesses,” The Next Web continues.

Boston also offers other resources. Professional services like legal, public relations, and finance abound, so Boston startups have access to the support they need. In addition, companies like Techstars Boston, MassChallenge, and Startup Institute Boston provide guidance and other resources to first-time founders and entrepreneurs. These programs provide selected early-stage ventures with office space, capital, mentorship, peers, industry connections, investor introductions, and other support. In addition, Cambridge Innovation Center (CIC), founded in Cambridge’s Kendall Square, supports more than 1,000 companies in the startup community by providing infrastructure and co-working space. CIC has also expanded to include a Boston center.

As home to more universities than any other city in the United States, Boston is full of well-educated young professionals — 39.2 percent of adults ages 18 to 34 in Boston have a bachelor’s degree. The city is also home to many of the top STEM schools in the country. This means that a large amount of tech research and development is taking place locally.

The talent pool feeds an impressive tech sector workforce as well. JLL’s 2015 Technology Office Outlook report found that Boston is second only to Silicon Valley. The Boston Redevelopment Authority Research Division’s Boston’s Economy report in 2015 also found that employment in high tech industries has grown 9 percent each year since 2010. Consequently, there is a wealth of both raw and seasoned talent to choose from in the area.

Boston has a positive startup climate for women, with female-led startups in mobile, health care, finance, and other industries. Statewide, there was a 21.4 percent growth rate of women in tech between 2009 and 2013, putting Massachusetts second among competing tech states, The Next Web reports.

Twenty-nine percent of startup founders in the city are female — second only to Chicago, which has 30 percent female founders, according to the Global Startup Ecosystem Ranking report. For example, the CEOs of Boston startups like Baroo and Care.com are female, and more than 10 percent of companies “invested in by some top venture capital firms are women founded in Boston,” according to Alice Rossiter, founder of Alice’s Table. Considering the average is 3 percent, this statistic is indicative of the important role women play in the Boston startup culture.

The following are just a few of the many startups that call Boston home. Their industries range from fitness to utilities, but each business is focused on innovation and bringing new ideas to the marketplace.

From examples like these, it’s clear that startups in Boston are thriving. The city offers “a passionate and talented workforce and an abundance of investors and government support—all the things that position this city as a high-tech force to be reckoned with,” The Next Web says.

The Path to Success

Lesley University’s online business degree programs are ideal for those looking to create innovative business ventures like the ones featured here. Lesley’s online BS in Business Management features a curriculum focused on management skills that prepare graduates for a variety of business careers.

Lesley also offers an online MS in Management degree. This program prepares graduates to become business leaders. It uses a multidimensional approach to leadership that helps students develop the skills for successful entrepreneurship.