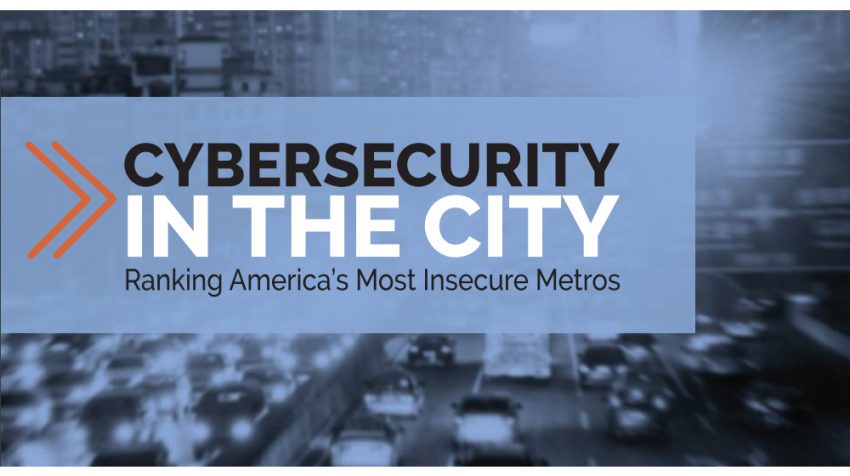 The inaugural Coronet “Cybersecurity in the City: Ranking America’s Most Insecure Metros” report has named Las Vegas, Memphis, and Charlotte as the least cyber secure cities in the US for small and medium-sized businesses.

The report goes on to say businesses in these cities are at an increased risk of cyber attacks because they have fewer cybersecurity resources available to them. Coronet pointed out remote workers, BYOD policies and increased migration to the cloud have all reduced the level of control employees have over their devices and networks.

The threat landscape in the digital ecosystem is a clear and present danger, especially to small businesses. Public and private entities are combating the problem, with Congress doing its part with The Main Street Cybersecurity Act.

In a press release, Guy Moskowitz, founder and CEO at Coronet, explained the vulnerabilities small and medium-sized businesses face.

Moskowitz said, “The Cybersecurity in the City: Ranking America’s Most Insecure Metros report emphasizes just how expansive both the vulnerability and threat landscapes have gotten in the U.S. While big companies may have the budgets, personnel and resources to protect their assets reasonably well, mid-market and small businesses are mostly left to fend for themselves. This is both unfortunate and a recipe for disaster.”

Purpose of the Report

Coronet says the report was designed to empower small and mid-market businesses by making them aware of the risks they face in the cities where they operate. This includes identifying vulnerabilities, cybersecurity resources and investments.

Most and Least Cyber Secure Cities in America

The overall threat index rankings were evaluated from more than one million endpoints across PCs, mobiles and tablets. The result is a list of the vulnerability level of devices and infrastructure in each metro area.

The Coronet report was compiled from an analysis of large volumes of data related to access and service threats beginning December 2017 and ending April 2018. The data came from WiFi and cellular networks, devices spanning all operating systems and public network infrastructure. Evaluations were also made of vulnerabilities from the vantage point of hypothetical cyber criminals seeking to steal data.

You can look at all 55 metro regions in the report with a free download here.