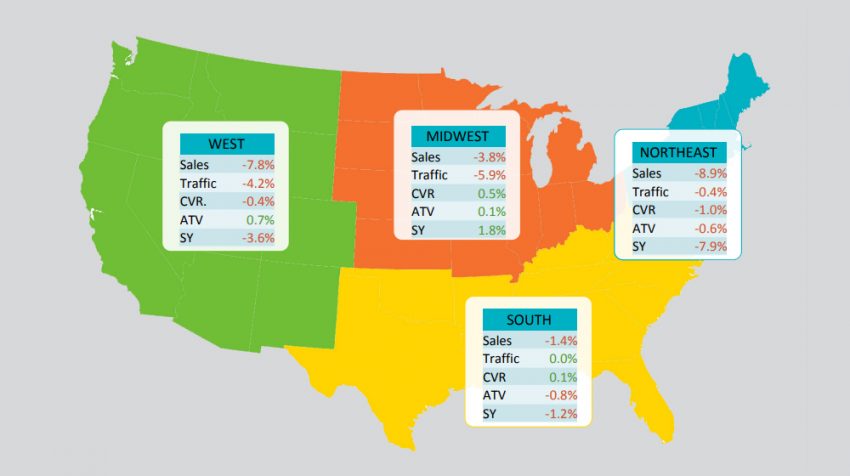 Sales in brick and mortar retail stores dropped 7.6% in March, on the back of a 4.3% year over year decline in traffic and a drop in conversion of 0.4 points. This latest data from The RetailNext Retail Performance Pulse Year over Year report for physical retail also notes March marked the first conversion drop in seven months.

Holiday dates  in April affected the results. Because Easter Sunday fell on April 1, store closures on that day dragged performance drastically downward for Week 5.  On the other side of the coin, the strongest week of the month was the one leading up to Easter Sunday (Week 4) where net sales, traffic and transactions were higher than the same week in the previous year.

Along with the shift in the date for Easter Sunday, weather played a role in the results. March of this year was the coldest in the last four, the driest since 2015 with the most snowfall since that year.

As a result, the Northeast suffered through the largest sales decline (8.9%) year over year. Traffic dropped 0.4% as well. In the South, sales dropped 1.4% monthly and traffic held steady at 0%.

Although both sales and traffic decreased, the Midwest fared best with the best conversion rate and shopper yield numbers of all the regions.

The study areas were from March 4 to April 7 with 7+ million shopping trips for retail stores in America used for data.