Senate Votes to Reinstate Net Neutrality, But Small Businesses May Not Want to Celebrate Yet 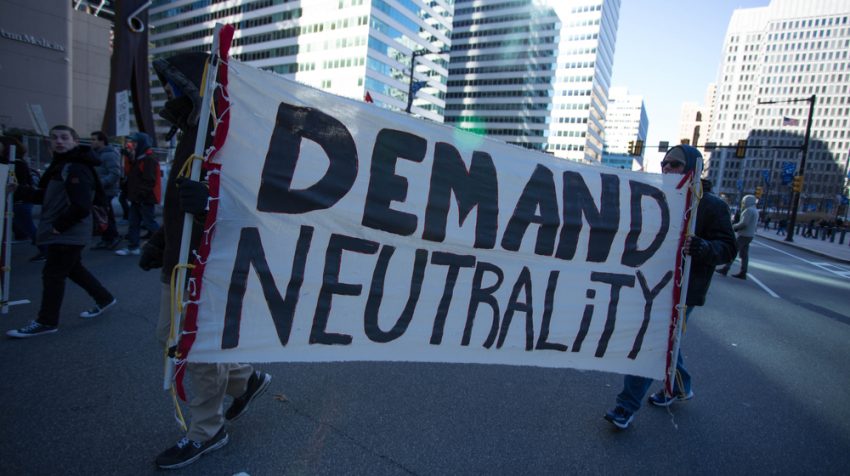 Using a Congressional Review Act (CRA) resolution, all Senate Democrats along with three Republicans voted to reverse the Federal Communications Commission’s repeal of net neutrality rules with a 52 to 47 vote.

This comes less than a month before the FCC’s repeal becomes official on June 11, 2018. And as issues go, net neutrality is one of the more polarizing ones in the US Congress, divided almost equally along party lines. If Sen. Susan Collins (R-Maine), Sen. John Kennedy (R-Louisiana), and Sen. Lisa Murkowski (R-Alaska) hadn’t broken rank, the resolutions wouldn’t have passed.

Loss of Net Neutrality is a huge threat to small businesses and web startups since it allows certain providers to block access to higher speed or services for all those unable to pay the higher fees.

The CRA effort was led by Sen. Edward J. Markey D-Massachusetts, who said on the Washington Post, “When we talk about a free and open Internet, we mean it is free from corporate control.”

We have the signatures. On May 9th, we officially file the petition to force a vote on the Senate floor to save #NetNeutrality.
#OneMoreVote pic.twitter.com/BvxnTjGwx5

As one of the Republican Senators who voted against the resolution, Sen. John Thune (R-South Dakota), had a different take on the outcome. According to the Post, Thune called the move a political stunt going nowhere, adding “Despite this vote, I remain committed to finding a path to bipartisan protections for the Internet and stand ready to work with my colleagues on the other side of the aisle when they are ready as well.”

When the resolution goes to the House, net neutrality supporters will have to get signatures from a full majority to force a vote. In addition to every Democrat in the House, they will also need Republicans to break rank again. And if this happens, it will go to President Trump’s desk.

For FCC Chairman Ajit Pai, who sees the original repeal of net neutrality as a boon for competition and better internet speeds for Americans, this is but a speed bump. This is because no matter what happens, President Trump will have the last word. And Trump chose Pai for the FCC Chairman position because of his views on deregulation and net neutrality. So if it passes the House, a veto by the President is almost a given.

What is Net Neutrality?

Net neutrality basically dictates all of the data a service provider transmits through its infrastructure should be able to flow equally. This means no content should get priority. Service providers are prohibited from throttling access to services, blocking websites, censoring content or offering paid prioritization benefiting a company, service or technology.

States Filing Suits and Going at it Alone

The future of net neutrality is still not resolved because states across the country are implementing their own legislation. When Pia repealed the net neutrality rules, more than 20 states filed lawsuits to stop it. Some of them have gone as far as writing legislation to enforce net neutrality principles, including California, New Jersey, Oregon, Washington and others.