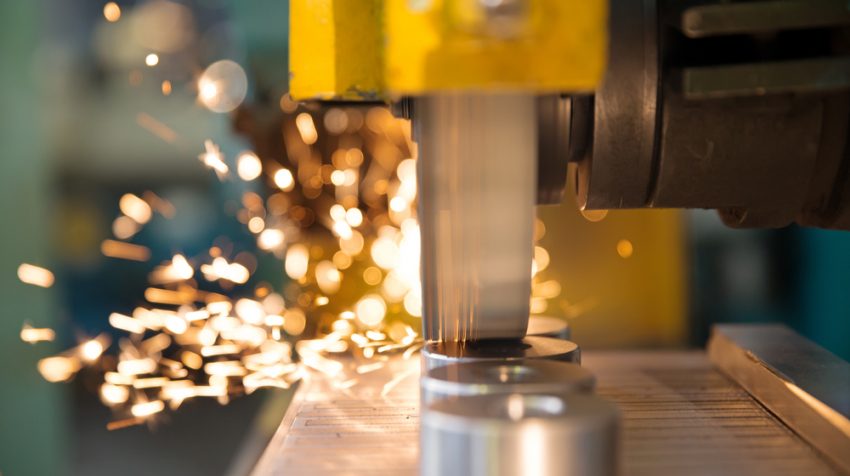 Much has been made of the decline in U.S. manufacturing. But the U.S. still produces more than 18 percent of the world’s goods. So manufacturing is still alive and well. However, small manufacturers in particular face a fair number of challenges, including competition from large domestic businesses and those around the world. Here are some of the most prevalent issues impacting small manufacturers and tips for overcoming them.

U.S. based manufacturers face competition from all corners of the globe. China in particular has been a source for intense competition since they can produce products for a fraction of the price it costs to make those same products stateside. According to Andrew Clarke, founder and president of consulting firm Ground Floor Partners, labor costs in China were roughly 10 percent as high as they were in the US back in 2011.

He added in an email interview with Small Business Trends, “They have risen substantially since then, but are still far less than in the US.”

Of course, a major part of the reason that U.S. manufacturers can’t compete with their offshore counterparts in terms of price is because of labor costs and government regulations. The U.S. is also constantly adding new regulations and compliance issues that can force manufacturers to make adjustments, causing them to spend even more on monitoring compliance.

While the cost of products manufactured outside the U.S. have risen in recent years, so has the quality. So manufacturers also need to make sure they can keep up with the competition on that front.

Clarke says, “Twenty or thirty years ago when manufacturing really started mocking offshore, foreign production quality was poor. That has changed. US manufacturers face much more competition than they used to, and quality is part of that equation. Everybody has to up their game when it comes to quality. I don’t see that changing either.”

Countries with a Reputation for Quality

In fact, some other countries tend to be known for their high quality products and can sometimes appeal more to the customers who are willing to pay a bit extra.

Clarke says, “For example, German manufacturers have significantly higher labor costs than US manufacturers, but they are extremely competitive due to (often) higher quality.”

Aside from having to compete with offshore firms, small manufacturers are now also facing increased competition due to the growing trend of on-shoring. Clarke detailed a recent case of a Chinese company that mainly sold to U.S. customers and found it more cost effective to manufacture in the states because of the cost of storage, transportation and tariffs. Of course, those firms then have to face the same costs and regulations as those that started out in the U.S., but it’s simply a case of extra competition in the market.

Manufacturing businesses need skilled workers to complete tasks that range from welding to programming automation systems. There has been a smaller focus on skilled trades in education in recent years, leading to a shortage in these specialties entering the workforce. So manufacturers may need to set up their own training programs and offer special incentives to attract new employees.

Large manufacturing businesses are becoming increasingly reliant on automation to run their day-to-day operations. This allows them to run more efficiently and at a lower cost. For small businesses, investing in that same type of equipment isn’t always possible or as cost effective, putting them at a disadvantage in terms of both price and quality, unless they’re able to find affordable financing options or simply focus on positioning their business differently in the marketplace.

There are also constant updates in the world of manufacturing technology. And updating those systems constantly isn’t always possible for small businesses to do as often as large ones. So you may simply have to choose your upgrades carefully so that you don’t overextend your resources.

As that technology advances, so does the need for additional cybersecurity protections. Hackers can potentially make their way into automation systems and other pieces of computerized equipment and cause major losses for manufacturers. So even if it might seem like a major investment, putting protections in place is a must for businesses of any size.

Today’s customers are more informed about where their products come from than ever before. This can be a challenge for manufacturers, as they need to be very intentional with their marketing messages. But it can also be a plus for small manufacturers that can play the local angle or provide personalized service.

Clarke says, “Manufacturers today have to work a lot harder at connecting with their customers than they used to. Customers are more educated about the products they are buying, and the buying process has changed. Today’s manufacturers need to think as much about sales, customer service, and marketing as they do about manufacturing itself.”