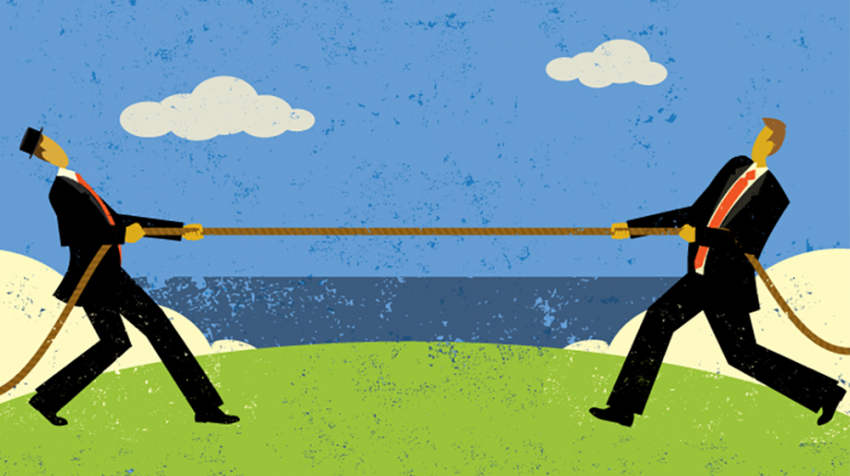 The saying “people don’t leave jobs, they leave managers” may have some truth behind it. A 2015 Gallup Poll of 7,272 U.S. adults found that at some point in their career, one in two had left their job to get away from their manager. Only one in three people are engaged at work, and managers account for at least 70 percent of the variance in employee engagement scores.

How can managers engage and motivate their employees? The key may be striving to be more than a “boss” and becoming a “leader.”

Are All Bosses Leaders?

“There is a difference between being a boss and a leader,” says Volaris Group. “One manages their employees, while the other inspires them to innovate, think creatively, and strive for perfection. Every team has a boss, but what people need is a leader.”

Managers need to understand the difference and aspire to become a leader.

Part of being a leader means coaching employees. A leader will help an employee grow by guiding him or her through challenges. This is how employees can develop problem-solving abilities and other skills that add value to a company.

“Management consists of controlling a group or a set of entities to accomplish a goal,” says Vineet Nayar in Harvard Business Review. “Leadership refers to an individual’s ability to influence, motivate, and enable others to contribute toward organizational success. Influence and inspiration separate leaders from managers, not power and control.”

A boss expects big results. A leader is generous with praise.

A leader offers “immediate praise, thanks and constructive criticism (when appropriate) as it happens,” according to business author and speaker Barry Moltz. Workers are motivated by more than money. Praise and signs of appreciation can help with morale and engagement, while a boss who simply expects good work can miss out on these opportunities.

A leader focuses on creating value through leading by example, according to Nayar. A boss focuses on counting value and can even reduce value. “If a diamond cutter is asked to report every 15 minutes how many stones he has cut, by distracting him, his boss is subtracting value,” says Nayar.

A boss controls. A leader trusts.

Similar to the way a boss manages work while a leader leads people, a boss has the tendency to control workers and what they do. This behavior and frame of mind undermine productivity and growth. A leader is not caught up in micromanaging workers and work; instead, that person relies on trust and inspires workers to trust others.

A boss commands. A leader listens and speaks.

“Bosses tend to give orders; they need their employees to listen and to obey,” says Elite Daily. “However, leaders always listen to the opinions of their colleagues and regard them as important.” Volaris Group adds that bosses talk more than they listen, while leaders listen more than they talk.

Nayar advises managers to look at how many people outside of their reporting hierarchy come to them for advice. The more people that do, the more likely it is that the manager is perceived as a leader.

A boss criticizes. A leader encourages.

“Constructive criticism is needed every now and then to help someone improve,” says Volaris Group. “But constantly being told what they are doing wrong not only discourages a person, but causes them to disengage.”

Equal relationships help ensure that personal preferences don’t enter the team dynamic, according to Elite Daily. A boss who chooses favorites causes stress and tension, but a leader tries to treat everyone equally.

A primary goal for leaders is to create more leaders. By inspiring and motivating their employees, leaders set the framework for workers to grow, improve their skills and assume leadership roles themselves.

“Perhaps there was a time when the calling of the manager and that of the leader could be separated,” says The Wall Street Journal. “But in the new economy, where value comes increasingly from the knowledge of people, and where workers are no longer undifferentiated cogs in an industrial machine, management and leadership are not easily separated. People look to their managers, not just to assign them a task, but to define for them a purpose. And managers must organize workers, not just to maximize efficiency, but to nurture skills, develop talent and inspire results.”

Leaders, not bosses, are needed in the new economy to manage “knowledge workers,” or those who have high degrees of expertise, education or experience. A primary part of their jobs is the creation, distribution or application of knowledge. No longer can managers act as merely bosses and expect employees to thrive; they must coach their workers and give them the freedom and support they need to do their work.

Prospective managers can gain the knowledge and skills needed to lead others in the new economy. Alvernia University offers an online bachelor’s degree in business  and an online MBA that prepare graduates for management-level positions and other roles. These programs are taught by faculty members and instructors with real-world business experience. They are offered fully online, allowing students to maintain their work and personal schedules.