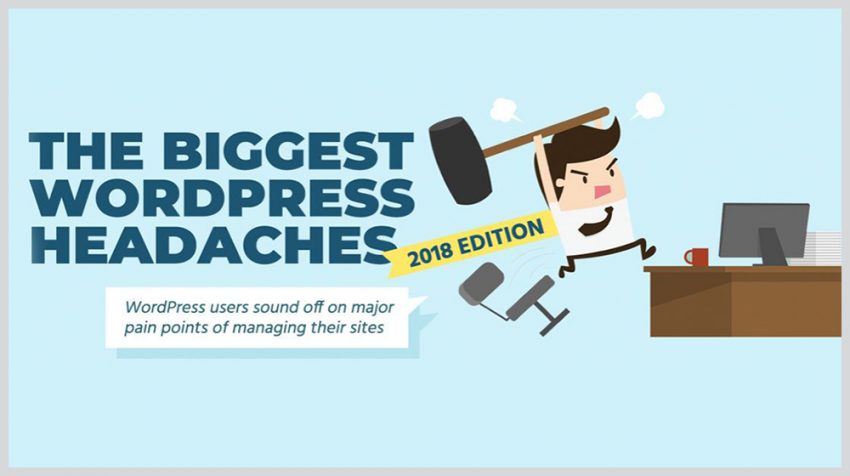 The stats come from a survey conducted by Pagely, a managed WordPress hosting platform.

The 2018 Edition of “The Biggest WordPress Headaches” survey looks at some very specific issues affecting how the WordPress platform operates.

WordPress currently powers more than 30 percent of the top 10 million sites on the internet, and 30 percent of all sites. And as more people and organizations use it, they are pointing out issues they have with the platform.

For small businesses, the top three pain points the survey highlights are critically important to ensure a website is up and running at all times.

In the survey, Pagely asked specialty dev agencies, bloggers, enterprise tech leads and CEOs to share some of the headaches they face when managing and hosting their WordPress sites.

Specifically, 52 percent of respondents said performance issues were the biggest headaches when operating a WordPress site. Meanwhile, 41 percent believe security is the greatest challenge and 35 percent worry about the impact updates may have on their sites.

The three issues are related to keeping a site in top form. If there are problems with the performance, security and updates, there is a good chance your site won’t be performing at optimal levels.

You can take a look at the infographic for the rest of the data from the survey.