Bad Boss Awards: 15 Signs You Might be the Winner and What You Can Do About It 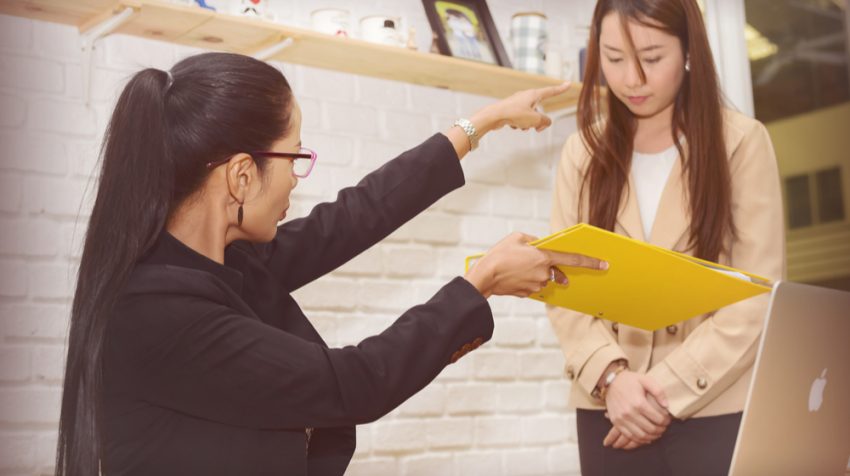 “Impossible,” you think. “I’m a great boss. My employees love me!”

Are you sure? Really sure? A new study by Comparably surveyed more than 2,000 employees to find out what their pet peeves are about bad bosses. The survey identified five negative traits that are pretty much universally hated in a boss.

Comparably, which provides workplace compensation and culture data to help people make smart job choices, also dug a bit into the differences in what men and women, as well as employees from different generations, dislike most in their bosses. Here’s a look at five Bad Boss Awards you don’t want to be in the running for — and what you can do if you are.

Impatience can actually be a valuable trait for entrepreneurs; it motivates us to get things done. However, if you feel your impatience is having a negative effect on your team, doing some mindfulness meditation or deep breathing exercises at your desk can help you slow down a bit.

About 15% of employees dislike know-it-all bosses, while 9% can’t stand impatient bosses.  (Most of us are pretty impatient these days, which might be why this characteristic ranked last on the list.)

The key to eliminating this annoying trait is to be aware you’re doing it. Learn how to bite your tongue and count to 10 when you feel the urge to share non-urgent knowledge. You can even tell a trusted business partner or assistant what you’re trying to do and ask them to give you a secret signal when you’re slipping into the know-it-all zone.

Some 22% of employees overall dislike employers who are overly critical. This type of bad boss is especially unpopular among female workers: 20% of women, as compared to 17% of men, hate having overly critical bosses.

It’s going to sound awkward, but the only way to get better at giving praise is to actually do it. Set yourself a goal to offer at least three positive comments to an employee for every criticism that you utter. Yes, it’s going to seem fake at first, but practice makes perfect. Also consider whether all of those criticisms are legitimate, or whether some are just the result of micromanaging. In general, if you must criticize employees, always make it constructive criticism and deliver it in private — not in front of the team.

Overall, 16% of employees in the survey complained about disorganized bosses. However, disorganization was the top complaint of Generation Z employees, cited by 26% of them, which makes it the number-one complaint among Gen Z workers. Disorganization may have a disproportionate effect on younger workers, who are more likely to be in entry-level positions and less able to overcome the challenge of a disorganized boss.

There are professional organizers who will come in and whip you into shape. However, for the seriously disorganized, the best solution is to delegate. Have an assistant who organizes everything for you, or a business partner who’s as methodical as you are undisciplined.

Being a micromanager is the most-hated trait a boss can have. Nearly four in 10 (39%) of respondents overall, including 44% of men and 32% of women, chose this as their least favorite kind of boss. In addition, except for entry-level workers, employees at every level say a micromanager is the worst boss to have.

Some of my best friends are recovering micromanagers, and while it’s not easy to make the change, it is possible.

Do you recognize even one of these Bad Boss tendencies in your own behavior? Take steps now to nip it in the bud — or your employees might just be presenting you with an unwanted trophy one of these days.