94% of Diners Will Choose Your Restaurant Based on Online Reviews 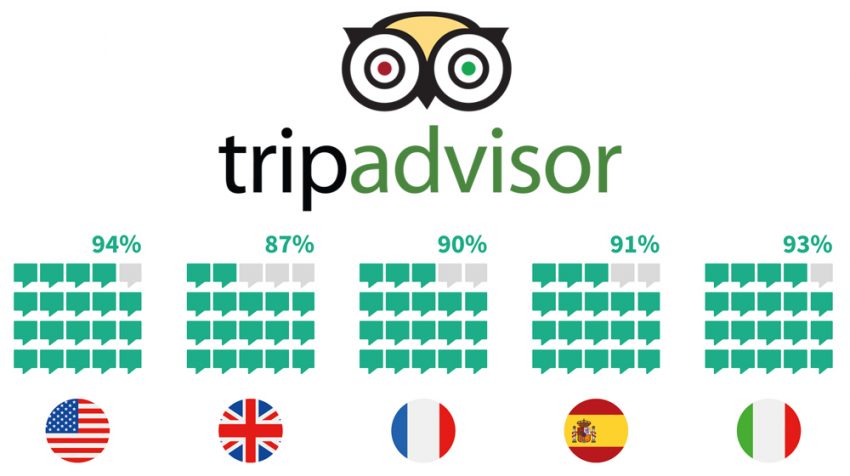 What goes into the decision-making process when a diner is looking for a restaurant? According to the new TripAdvisor “Influences on Diner Decision-Making” survey, 94% of US diners are influenced by online reviews.

The numbers are also quite high in other countries, with French, Spanish, and Italian diners coming in at 90, 91 and 93% respectively. Diners in the UK were influenced the least at 87%, but still, something to take notice of if you are a restaurateur.

The importance of online reviews can no longer be overlooked because they carry a great deal of weight when diners are looking to eat out — especially when they are looking for a new place. Another survey in 2017 pointed this very fact out as 97% of respondents said they read reviews for local businesses.

Customers even decide how much to spend on your business based on online reviews. In another survey,  31% of customers said they would likely spend more money on businesses with positive reviews. Meanwhile, 22% said they wouldn’t buy a product or service from a business after reading just a single negative review. If the number of bad reviews is more than four, it can take away up to 70% of your potential customers.

The TripAdvisor “Influences on Diner Decision-Making” survey was carried out between January and February 2018, with responses from 1,005 restaurant owners across 6 markets. A total of 9,500 international diners in France, Germany, Italy, Spain, United Kingdom, and the United States took part.

In addition to reviews, photos also had a perceptible impact on customers. In the US, this was the case for 60% of the respondents, while in Spain it was 72% followed by Italy with 67%, France with 64% and the UK with 52%. 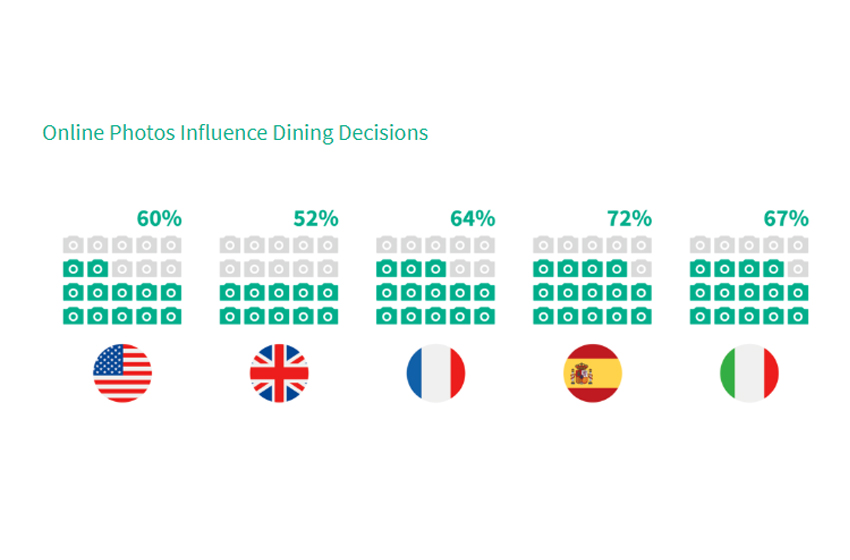 Diners also reported they are researching the places they plan to eat more carefully than ever — whether they are at home or traveling. In fact, customers do more research when traveling, though they do plenty when at home too.

The survey also indicates TripAdvisor leads other review sites including Yelp, Google and Facebook as the most popular place in the U.S. and other countries to look for restaurant reviews.

Besides reviews, other factors customers may take into consideration when selecting a restaurant might be the restaurant’s mobile presence (or lack thereof), availability of online delivery and the ability to accept reservations. Customers want to use their mobile devices to search for a restaurant, which makes mobile-optimized sites and apps important.

They also want to make reservations while they are on their mobile device, as well as being able to order their food. If you don’t give diners the flexibility to find the perfect table or meal, they will go elsewhere. 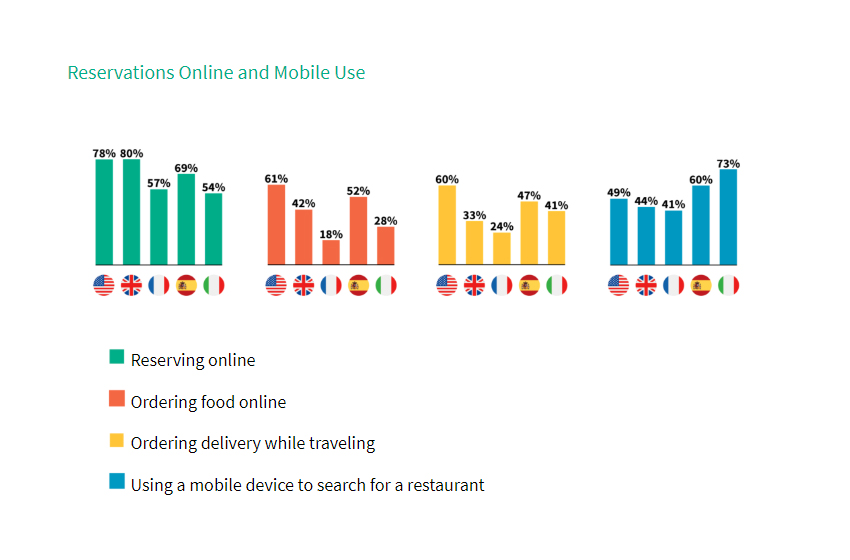 Lesson From the Survey

Finally, TripAdvisor points out how online reputation management is an important part of running restaurants today. Owners have to manage their reputation, interact with diners and engage with potential guests on their website, mobile app and social media.

Failing to do so means fewer customers will be walking through your doors.