IHOP – Make That IHOB – Gets Flame Broiled Over Rebranding 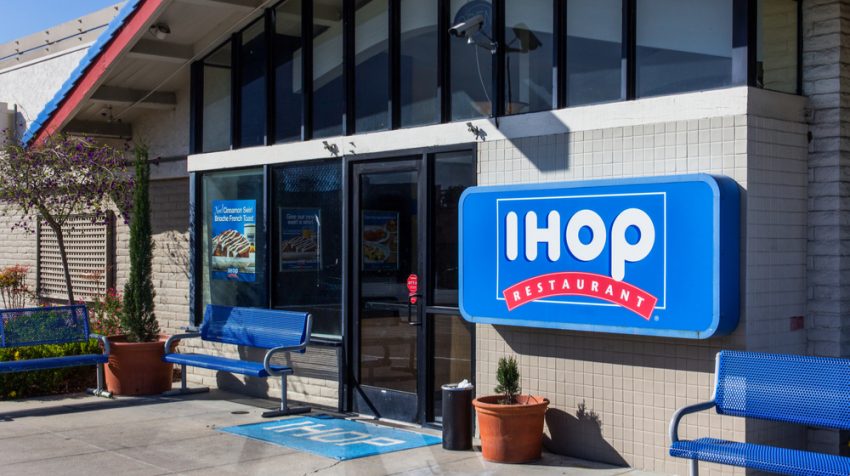 The International House of Pancakes (IHOP) decided to change its name to IHOb (the “b” stands for burgers”) to roll out seven new meat sandwiches its adding to the menu, and America’s fast food establishments are broiling the restaurant for it.

IHOP dropped the new acronym slip publicly last week, sparking widespread speculation as to what the “b” stands for in the rejiggered name. People didn’t have to wait for a long time to find out. The stalwart of pancake restaurants released a video Monday morning letting hungry Americans know that the “b” stands for burgers.

Other establishments known for burgers (not pancakes) took immediate notice.

Texas-based Whataburger came out swinging Monday, claiming they love their pancakes but they would never switch their name to “Whatapancake.”

As much as we love our pancakes, we’d never change our name to Whatapancake

Fast food chain Wendy’s said they aren’t afraid of IHOP’s move, because a place that thinks making pancakes is too hard isn’t going to craft up delicious burgers.

Not really afraid of the burgers from a place that decided pancakes were too hard.

I go to IHOP so often, I thought the b could stand for Bob.

But with the International House of Burgers news, I’ve just got one question – at @IHOb, can I still get my usual three eggs over easy, corned-beef hash, and dry rye toast in the morning? https://t.co/ystWylRAmn

With all the talk about how dumb this marketing stunt is, when is the last time we were all talking about IHOP this much? https://t.co/Faohof6OZO

So IHOP is renouncing an established household-name brand to become…a burger joint? This will end poorly. https://t.co/t3g94v3seO

See Also: When a Bad Yelp Review Gets You a Bigger Discount