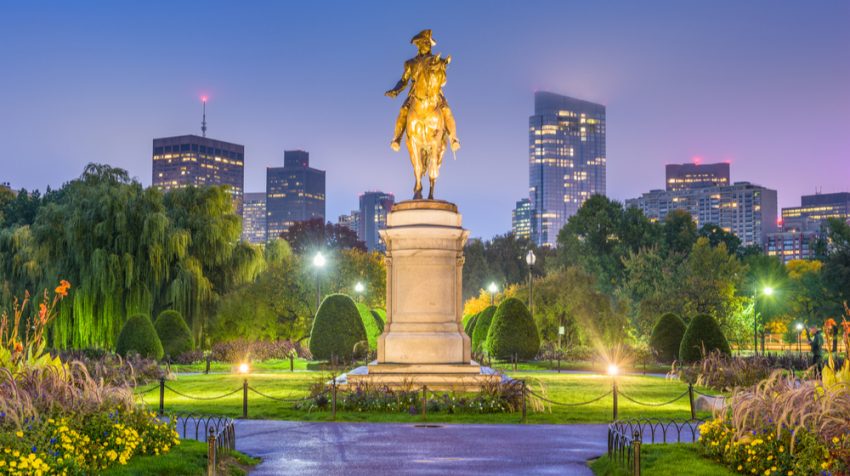 On July 1, a new equal pay law will go into effect in Massachusetts — and it will impact small businesses in ways of which you may want to be aware. The Massachusetts Equal Pay Act (MEPA) is intended to ensure greater fairness and provide clarity on what constitutes unlawful wage discrimination. So small businesses in the state may need to make some adjustments to their hiring and interviewing processes in order to comply.

Beth Cabrera, EVP of KNF&T Staffing Resources, explained in a phone interview with Small Business Trends, “The idea behind the law is to equalize the playing field for people of different genders, particularly around salary. Historically, women have had lower compensation levels for comparable work. So the idea around this law is that businesses can not compel job candidates to disclose their prior salary.”

So when interviewing job candidates in Massachusetts, there are now some specific questions you should stay away from. Here are some suggestions for changing the framing of your questions so that you can stay compliant and ensure fair pay among your employees.

Don’t Ask: What Are You Earning at Your Current Job?

The most basic part of this law is to prevent companies from paying lower salaries to women or other underserved groups because of what those individuals have been paid in the past. So whether in an interview or job application, you cannot ask outright about a candidate’s salary history, past or present.

Instead Ask: What Are Your Salary Expectations?

However, you can still ask what salary they are looking for. You just need to be a bit careful about how you frame the question. Cabrera says she now tries to stay away from the term “salary target,” instead opting for “salary expectations.” The latter makes it just a bit more clear it’s only a question of what the candidate expects to earn going forward, rather than framing it as a salary goal based on what they’ve earned in the past.

Don’t Ask: What Was the Breakdown Between Your Base Salary and Commission?

Cabrera says companies should also stay away from questions skirting around the issue of past or present salary. For example, some might be tempted to ask about how a candidate’s pay was broken down between base salary and commission, hoping the candidate will provide concrete examples of what they actually earned.

Instead Ask: What Type of Salary Structure Are You Comfortable With?

If you really are just looking for what they’re looking for in terms of salary breakdown, you can still get this type of information from the candidate without asking about their past salary. Simply ask what structure they’re comfortable with going forward, without making any references to what they’ve earned at past jobs.

Don’t Ask: Why Do You Feel This Number Is Appropriate?

“You also need to stay away from leading questions,” says Cabrera.

Generally, this means you should stay away from questions hinting at the past or current salary question. Asking a candidate how they came to a particular salary target or why they feel this salary is appropriate for them could be construed as asking about past pay.

Instead Ask: What Value Would You Bring to the Role?

Essentially, the new law aims to make it so companies pay comparable salaries to people working in comparable roles. Just because a candidate has been traditionally underpaid doesn’t mean they should continue to be underpaid going forward. So Cabrera recommends not only creating salary ranges for new positions based on the actual value the job creates, but also looking at your current employees and making sure people in similar roles are earning roughly the same amount.

Cabrera says, “There needs to be a change in focus from salary history to the value of the job. Regardless of what the person has been earning, you need to determine the value of this particular job and then move forward from there.”

So when looking through candidate applications and interviewing potential new hires, keep value in mind rather than actual cost. You should probably have a salary in mind already, and then choose the candidates who you feel will bring the most value to the specific role.