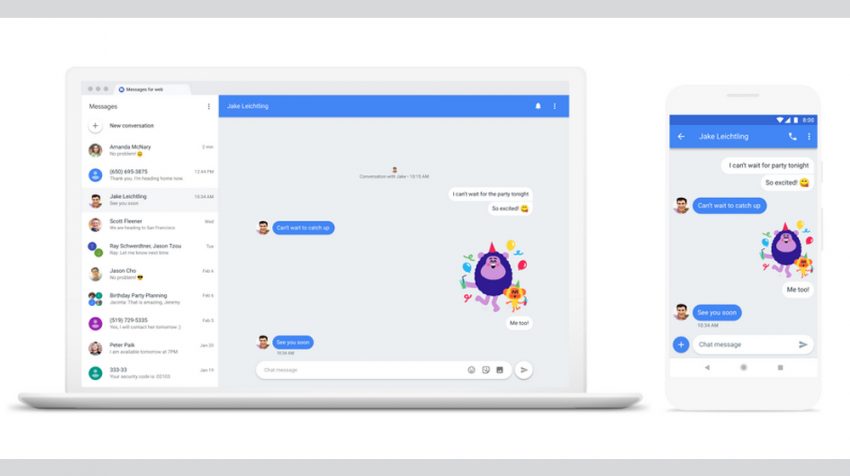 When it comes to being able to chat on an entire ecosystem, Apple delivers. With iMessage, you can chat on the iPhone, iPad and Mac. Google (NASDAQ: GOOGL) is looking to do the same with the rollout of Android Messages to run on your computer.

While Google does have other applications, such as Hangouts and Allo for instant messaging and SMS support, it is not the Android operating system used by billions of people around the world. Google has been slow in bringing Android into the PC chat world, but other apps have developed alternative options.

Small businesses use Skype, WhatsApp, Viber, WeChat, Telegram and others to get the job done. But being able to do so within the Android ecosystem means not having to ask what app the other person is using. Moving forward, it is just going to be Android or iOS for full mobile integration.

This will make chatting much easier for small businesses who want to quickly communicate with their customers, employees and everyone else with instant messaging and SMS.

It starts with being able to send and receive texts on your computer, which is currently available.

The other four features, rolling out in the next week include searching and sending GIFs, using smart reply to respond with a tap, previewing links within your conversation, and copying one-time passwords with one tap.

If you want to use Android Messages on your computer, you need to visit this site where you will see a QR code.

On your phone, open messages, tap the More options menu, and select Messages for the web. You then scan the QR code and you are done.

You can now start using your computer to chat in the Android ecosystem.