Expert Advice: How to Use Social Media Video Ads Effectively 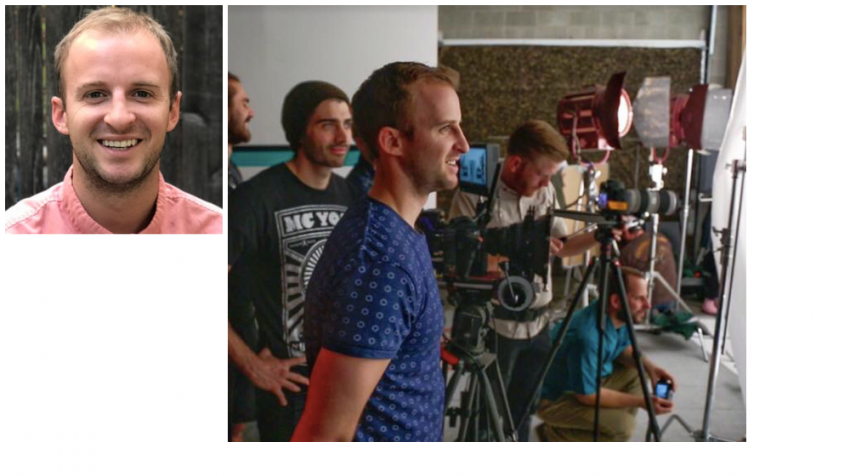 According to the IAB Digital Video Center of Excellence, brands and agencies saw how valuable digital marketing was in 2017 for targeting and connecting to niche audiences. And this was especially the case with video ads. Research from this year says when a business sets aside a video advertising budget for “its most important product”, 23% is specifically earmarked for social media video ads. This finding comes from Advertiser Perceptions’ 2018 survey of 353 brand marketers and media buyers. The survey was conducted in March and presented in April by IAB. Half of respondents said they plan to spend more on social media video ads in the next 12 months.

Small Business Trends connected with Travis Chambers of Chamber Media, to hear his expert insights. Listed on Forbes’ 30 Under 30 Class of 2018, Chambers is founder and “chief media hacker” at Chamber Media, an agency claiming to create scalable social videos. Chambers has worked with brands like Yahoo, Kraft, Old Navy, Coca-Cola, Amazon and more. He has also been featured in AdWeek, Forbes, HuffPost, and Inc. Magazine. He regularly speaks about social and web video at conferences such as VidCon, VidSummit, ad:tech, Start Festival and CVX Live and at universities. He’s behind the video Google awarded the “Most Viral Ad of the Decade”, namely “Kobe vs. Messi: The Selfie Shootout” for Turkish Airlines.

Small Business Trends: Let’s say a brand is ready to get started with social video ads. What’s the right amount of money to invest toward video production?

Travis Chambers: Whatever your ad spend is, whether it’s $5K or $500K a month, you should be spending a third to a half of that initially on content that will allow you to scale your ad spends. As your ad spend continues to grow, you need to refresh content every quarter for two reasons. One, as your audiences see your content multiply, they will begin to fatigue, making your content less effective over time. Two, social algorithms know this and will decrease your reach over time if new content doesn’t get uploaded often enough. However, your evergreen pieces of content can continually be served to new audiences high in the funnel and still be effective. The most effective format for a high-converting mobile video is to have a thumb-stopping hook in the first few seconds, introduce the problem and solution, introduce another problem and solution, present credibility using testimonials and/or press features, and have strong calls-to-action to purchase, mixed throughout the video. Sometimes humor works well because it often disarms the viewer and makes them more willing to listen to the message while being entertained.

Travis Chambers: Most advertisers have polarized strategies when it comes to social video. They’re either traditionally-minded and focused on brand awareness to get results, or they’re ecommerce-minded and focused entirely on the immediate sale at the expense of the brand. For decades, marketers have been disciplined to place ads and track anything they can, but at the end of the day, they make decisions based on overall sales lift and brand studies. Nowadays in the ecommerce world, marketers expect perfect tracking and to attribute every single A to B purchase using pixels. Together both of these mindsets are correct, but independently they are wrong. Both are needed to succeed and see the whole picture. Some brands make massive top funnel video ads for social networks with no plan to engage the customer beyond that, and then there’s the majority entirely dependent on mid to low funnel static images with lifestyle photos, or offers, or dynamic product ads. You need both.

You need to think like Nike and also think like an underworld life insurance affiliate marketer. When you plan out your content for your first touch point, create video that engages, entertains, and educates. If you pass a cookware salesperson in a retail setting, and that person is a bore, you keep walking, which is the same as scrolling or skipping. But if they’re impossible to look away from, you may stand there for 2, 3, 5 minutes and before you know it you’re buying cookware you didn’t even know you needed. Treat your first interaction with a customer like that — in what’s called a high funnel video, and don’t be afraid to sell hard. My company Chamber Media has made dozens of such social video ads ranging from $2,000 productions all the way to $300,000.

After you’ve served your high funnel videos, then, later on, deliver mid to low funnel content to those viewers. That content should remind, create urgency, and provide credibility. Examples are testimonials, offers, press features, origin story, a message from the founder, product demo, etc.

Small Business Trends: What are some common mistakes you see brands make? Strangely, I love hearing about marketers’ mistakes with sophisticated, valuable metrics. Metrics which ideally should help, not hurt! I regularly see companies misread data, even with basics; it drives me crazy, but I see it as an opportunity, too.

Travis Chambers: One of the most common mistakes in social ad buying is looking at numbers in a vacuum. Most marketers will look at ad platforms separately rather than holistically, which can often lead to the misinterpretation that a campaign that might actually be working is failing. Some marketers will look at a 2 to 1 ROAS (“return on ad spend”) on Facebook, meaning every $1 spent drove $2 in revenue, as a failure. But often in reality once sales lifts on Google Search, Amazon sales, affiliates, unattributable purchases, re-order rate, lifetime value and revenue from email campaigns are factored, it could actually be a 7 to 1 ROAS. Much better. We had a campaign performing at break-even that a client thought was a failure, and then when retail sales lifts were factored and attributed, the ROI was actually 500%. Another commonly misread platform for ROAS is YouTube, which is harder to attribute than Facebook because it more heavily influences Google search and brand recall. What may look like a failure on YouTube is often wildly successful when factoring in search and people who remembered the brand and went directly to the website on a different device, sometimes weeks to months later. Facebook is an experience where marketers are interrupting users without context, so a strategy should be planned for multiple quick touch points to get someone to buy. YouTube, however, usually shows skippable videos within the context of what the user was looking for, so that strategy is more planned for getting someone to watch an ad as long as possible without skipping and to remember it. Social ad buying typically lifts metrics across every revenue channel, even retail, so a holistic mindset is critically important when trying to decide how effective your campaigns are.

Another common pitfall is when brands try to scale with inexperienced, low-paid, junior ad buyers — and it doesn’t work out. Invest in elite ad buying talent. The upside of one extraordinarily gifted ad buyer in your organization can be worth millions of dollars over time. Facebook and YouTube have made efforts to make ad buying dashboards intuitive for in-house marketers to use, but a majority of companies still have severe challenges in using industry best practices. That’s because the role of social ad buyer is one of the most intellectually demanding in the whole marketing industry! A high performing ad buyer needs to have a fundamental understanding of reporting, placing pixels in code and making sure attribution is functioning correctly, and A/B testing and how to improve conversion rate optimization onsite. Even the best ad buyers can fail if they are sending traffic perfectly to a website that does not convert sales well. They must possess a rare ability in both left and right brain disciplines. In the right brain, they must have broad experience and talent for identifying effective creative, copywriting, design and sales psychology. In the left brain, they must be able to have the natural mind of a programmer or mathematician, understanding how algorithms react, and being able to solve complex problems using data that isn’t just limited to ad accounts.

The industry demand for social ad buyers exceeds supply, and most brands are choosing people who aren’t sufficiently qualified. Ad buying encompasses a job that should require a team of 5 experts to pull off. Companies who put an entry-level or mid-senior level ad buyer at the helm put themselves at risk for losing thousands of dollars. Right now, a legitimately talented ad buyer can go out on their own and make six figures in a short amount of time, so it’s critical to provide incentives similar to what tech companies offer for top engineers.