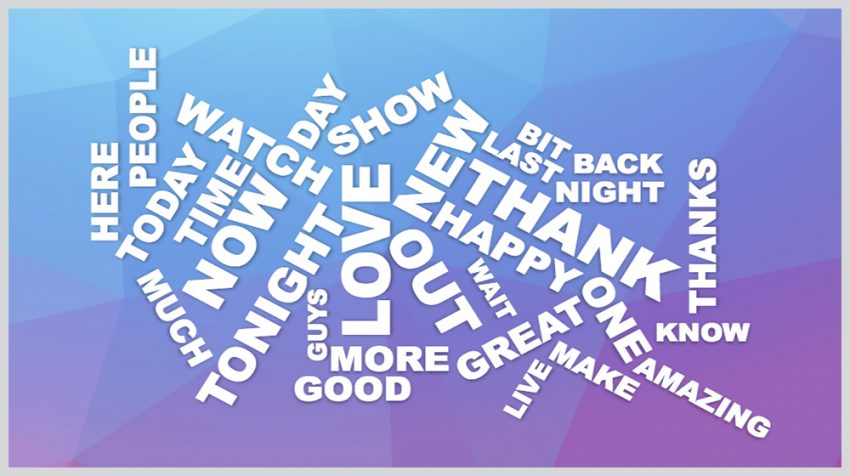 Twitter is on the upswing. After reporting its first profit in the last quarter of 2017, the first quarter of 2018 has made it two in a row. With that in mind, GoCompare’s Word Cloud of the most tweeted phrases is a timely piece of information on how to better use this social media channel.

These phrases come from the top influencers on Twitter and the millions of messages that have been sent around the world. According to GoCompare, discovering the most tweeted words on the platform may give businesses clues about how to succeed with their social strategies.

Small businesses are looking to increase their followings on Twitter and use the platform to market their brands. The phrases these influencers use may not always resonate with a particular brand, but they can provide insights into how to better engage with users.

Martyn John, PR and Social Media Manager at GoCompare, said, “Most of us could probably guess who some of the most followed people on Twitter are, but rarely do we stop and think about the messages these influencers are actually sending to millions of people around the world.”

The most tweeted phrases were collected from 50 of the most followed profiles on Twitter, excluding general news sites. From these profiles the last 1,000 tweets were pulled to create averages. They were then compiled for the word cloud. After being analyzed, four categories were created including self-promotion, industry related, socio-political and general/personal.

First, positive tweets  seemed to have the edge over negatives. Specifically, 15% of the most tweeted words were positive while only 0.8% of these words were negative. And when it come to the theme expressed the most in these tweets, it was love.

What Can Businesses Learn From These Tweets?

Being positive and engaging with your users is the way to go because it seems to be paying off.

Although Twitter doesn’t have the same audience as Facebook or Instagram, the 300 million active users are highly engaged. The platform makes it easy for businesses to interact with their customers, promote brands and launch marketing campaigns.

The reason these influencers use Twitter is because they can project their message instantly around the world. Small businesses can do the same locally, nationally or internationally in their industry.