67% of Smartphone Users Prefer Google Maps, Will They Find Your Business There? 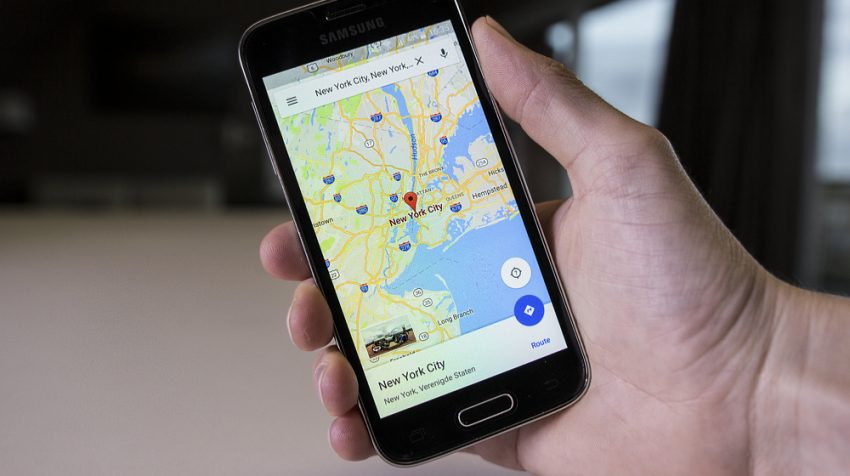 A new survey has revealed Google Maps is the clear leader when it comes to navigation apps. In fact, more than two thirds or 67% percent of respondents say they use it more frequently then other options.

The report says Google Maps is 6 times more popular than the next most used navigation app, Waze. Also owned by Google, the app has an adoption rate of only 12% among respondents. Apple Maps is third in line with an 11% adoption rate and MapQuest comes in fourth with 8%. 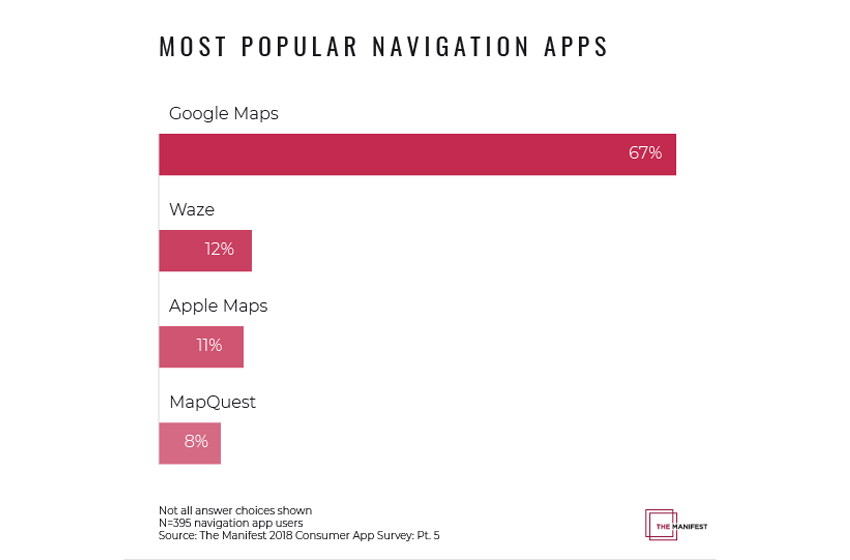 The survey and report were meant to help businesses understand the importance of mobile navigation apps for attracting potential customers. As a small business, making your company available on Google Maps or another app allows your customers to find you easily on their mobile devices.

So How are People Using Navigation Apps?

Overall, 77% of the respondents said they regularly use navigation apps. And when they do, 90% said it was for driving directions. (No surprise there.)

Meanwhile, 36% of respondents said they use navigation apps for looking up directions before leaving, while 34% said they use it to navigate en route to their destination. Another 30% said they do both.

What About for Non-Driving Navigation?

The navigation apps are primarily used while people are driving but are also used to get directions when walking, cycling or using public transportation, the survey said. 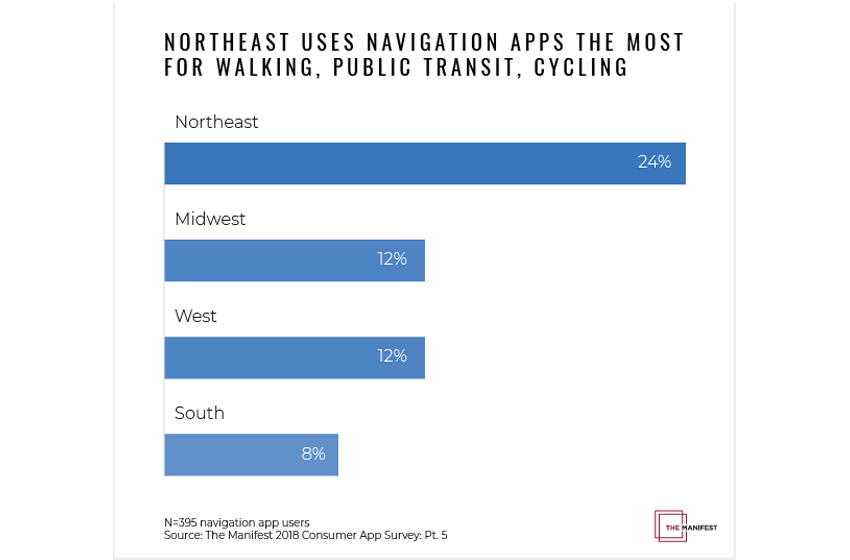 The Importance of Google Maps for Small Business

As this survey points out, Google Maps is the most used navigation app on the market. This means more of your customers are probably using it to find your place or business than any other navigation app. By having your business on the platform, you make yourself more accessible.

And getting on Google Maps only takes just three steps.

Your business is now part of Google Maps. So even without a website, your customers will be able to find you online.