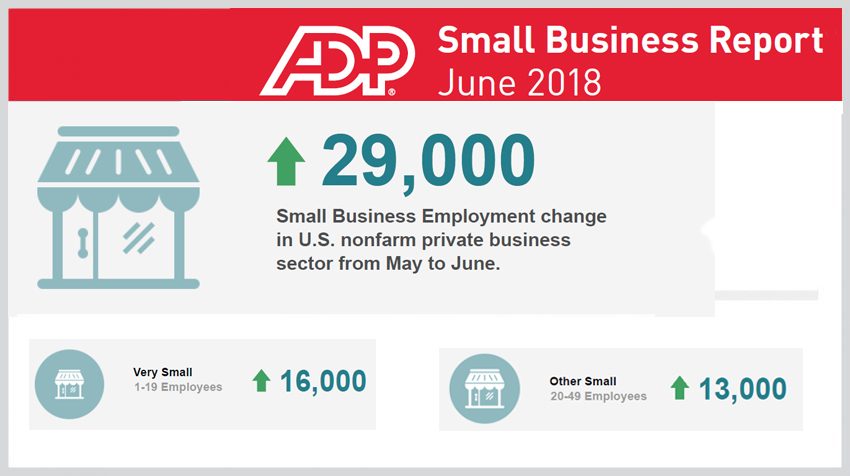 According to the June 2018 ADP (NASDAQ:ADP) National Employment Report, private sector employment increased by 177,000 jobs for the month — but only 29,000 of those were at small businesses.

This is a much lower number than the 47,000, 62,000, 38,000, and 38,000 jobs small businesses created in February, March, April and May respectively. With small businesses seen as one of the biggest drivers of the US economy, time will tell if this number means anything moving forward.

This is not to say the US economy is not doing well. After all, it is still producing numbers the envy of the rest of the world. And the number of jobs being created continues to exceed the expectation of economists.

The ADP National Employment Report is generated from the company’s payroll data along with the collaboration of Moody’s Analytics and the ADP Research Institute. The numbers are derived by measuring the change in the total nonfarm private employment each month on a seasonally-adjusted basis.

Across-the-board, service providing businesses generated the most jobs, about 148,000 of the 177,000 reported for the month. Of these, education and health services created 46,000 jobs, followed by health care and social assistance at 37,000. Meanwhile, professional and business services and leisure and hospitality created an equal number of jobs at 33,000.

This month the total number of jobs came out to 177,000, with medium-sized businesses employing 50 to 499 workers contributing the highest number of jobs with 80,000. Large businesses added another 69,000 and small businesses came up with 29,000 jobs.

The 29,000 jobs in the small business segment were divided between companies with 1 to 49 employees. Those with 1 to 19 employees produced more jobs this month at 16,000, with the remaining 13,000 coming from businesses with 20 to 49 employees.

Compared to the previous month, there was a 13,800 change in the number of jobs for June. Overall the franchise segment has been performing well over the last two years. According to ADP, it has been generating an average of 22,900 jobs.

Most of the franchise jobs come from restaurants followed by auto parts and dealers, and business services rounding up the top three. 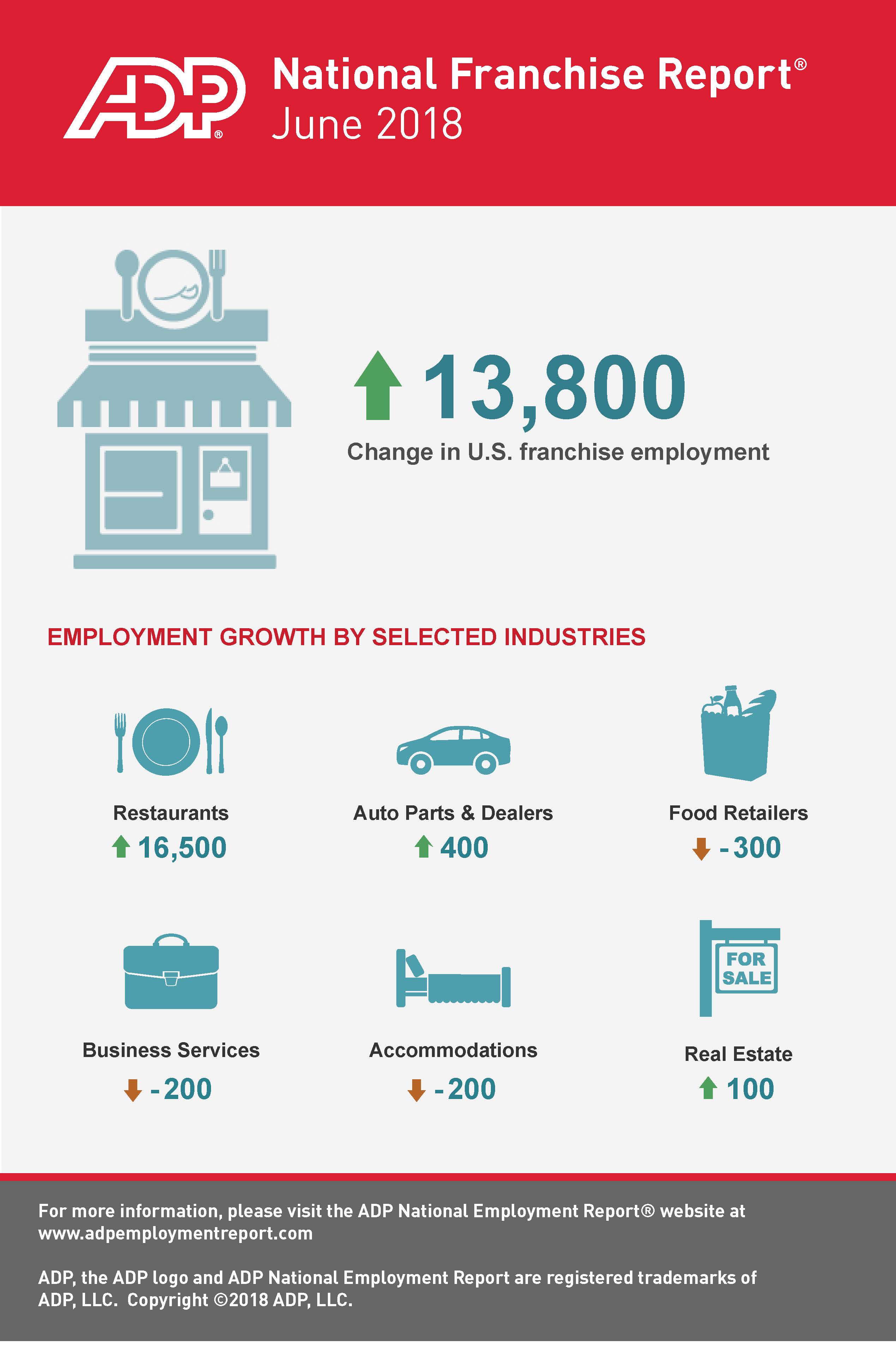 The Job Numbers from the Bureau of Labor Statistics

While the ADP job number came up with 177,000 for the month of June, the BLS reported a much better number at 213,000 jobs. This number was better than the 195,000 economists predicted for the month.

The BLS also reported more Americans are entering the workforce and it revised the numbers for March and April higher by adding another 37,000 jobs.