Would You Troll Your Competitors Like Samsung Did in These Ads Targeting Apple? 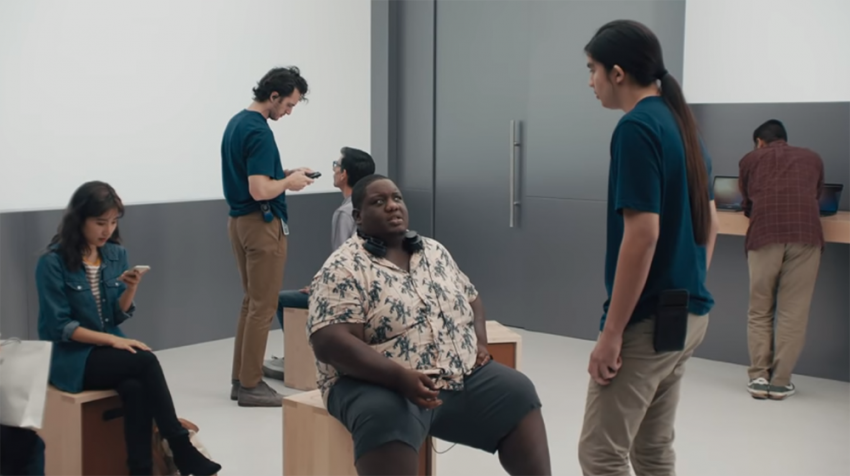 Samsung released a slate of new advertisements for its Galaxy S9 smartphones, all of which are direct attacks on one of its top competitors: Apple.

One of the commercials, published July 20 on YouTube, does more than poke fun at the iPhone X’s lack of a classic 3.5mm headphone jack. It harshly ridicules the fact that newer models of iPhones need an adapter, otherwise known as a “dongle.”

“Can I still use these headphones with the 10?” the customer, sitting on an uncomfortable looking square box, asks the employee — who is part of a larger contingent of self-professed “Geniuses.”

“But you’ll need an adapter, or as most people like to call it, a dongle,” the fictional staff member responds.

“But what if I just need to charge at the same time?” the vexed man asks.

“Then you’re going to need another type of dongle?” replies the employee.

“Like a double-dongle? That sounds explicit,” the confused customer responds with a look of disgust.

A third — part of the marketing series called “Ingenius” — mocks required accessories again, this time for the “fast charger.”

All of the commercials are featured in a location that looks highly similar to Apple’s stores, which include a Genius Bar, or tech support station. With the sleek, futuristic motif and the monochromatic color scheme, the replication is fairly accurate. Evoking the same vibes even further, the employees are donning the same style of T-shirts with the Apple logo and the communication devices that look like two-way radio earphones.

And it’s not the first time Samsung has taken jabs at its tech rival. The South Korean-based company bluntly lampooned Apple by releasing a commercial in the same vein toward the end of 2017.

The video shows a young man, starting around 2007, periodically acquiring the new iPhone, generation after generation. With initial excitement after each purchase, he soon finds out that the device isn’t working properly. After some time, he appears to need an updated model, which results in yet another purchase of a newer iPhone. An ostensible romantic interest of his has the Samsung Galaxy, and is more than content with it.

That commercial was part of the “Moving On” series, which also included one released in May that confronted the contentious “throttling” allegations.

After suffering through multiple embarrassing and inconvenient moments due to a malfunctioning iPhone 6, the featured woman goes into an Apple Store and isn’t provided an opportunity to fix the device. Instead, the same aforementioned invented Apple employee suggests upgrading the phone, meaning the purchase of a newer model.

In an eerie fashion, the woman leaves the Apple Store dejected and is stared at by a father and son with haircuts that resemble the iPhone X’s notch — a non-aesthetically pleasing design component.

Such frank corporate insults aren’t incredibly novel. In fact, Apple is essentially receiving a taste of its own medicine. In a personification of technology, actor Justin Long acted in an affable and calm fashion, trying to represent the modernity and coolness of Mac laptops. His counterpart had a nerdy, stiff and clumsy personality and advocated for PCs, the computers known to be sold by HP and Microsoft.

The tech wars this time have reached the battlefield for smartphones.

Samsung and Apple did not respond to The Daily Caller News Foundation’s request for comment in time for publication.