Small Business Users Have Until September 1 to Switch to Skype 8.25 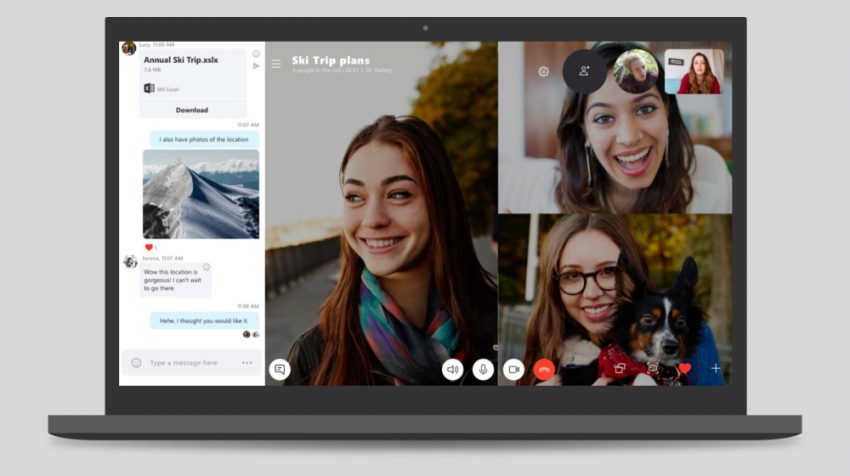 Microsoft (NASDAQ: MSFT) just announced it is replacing the classic desktop Skype (7.0) with a host of new features which resemble the mobile version. With Skype 8.25, Microsoft says it has improved the usability and performance to help users stay connected.

The move to 8.25 comes a little over a year after Microsoft made Skype Preview available on Windows 10 with version 8.0. In that time, the company has been testing the new additions and 8.25 is now ready for the public. Users will have until September 1 to switch.

With over 300 million active monthly users around the world, Skype has become a reliable communications solution for small businesses. The free and paid versions can bring together anywhere from two to hundreds of people together for conferences and collaborations.

However, Skype hasn’t been increasing its user base as competition from Slack and others have entered the market with more business features. In the consumer sector, Apple’s FaceTime and Facebook’s Messenger and WhatsApp have the lion’s share of texting and video chatting both on mobile and desktops.

The official Skype blog says the changes are in part made after feedback from its users. The blog goes on to say, “We built Skype version 8.0 based on feedback from our community — adding exciting new features while ensuring it’s simple to use with the same familiar interface of Skype version 7.0.”

The new features are geared to bring mobile chat features to the desktop so users can share images, videos, documents and more with greater ease. And Skype has done this without changing the user interface of 7.0 to keep the familiarity of the UI for users.

A drag-and-drop file function will allow you to share up to 300MB of content, including video and images, while you are having a conversation. And if you shared content in the past, there is a chat media gallery so you can quickly scroll through the history and find them. 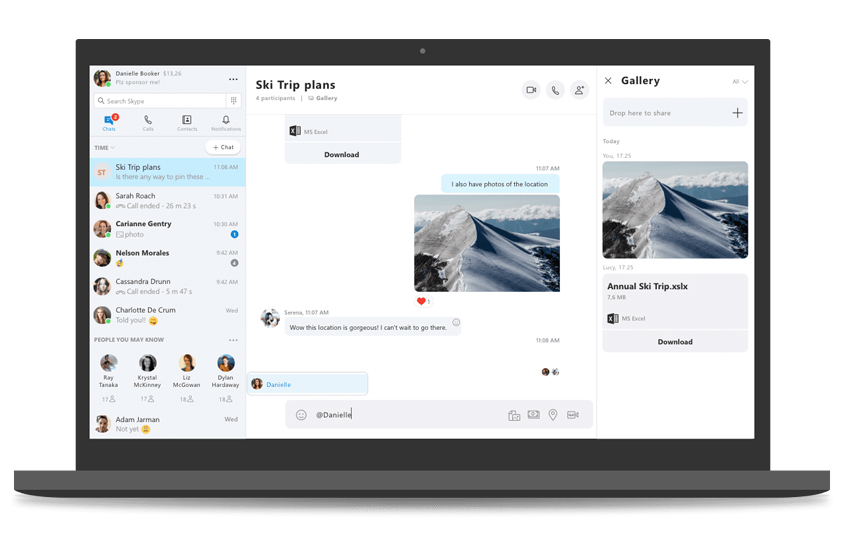 When it comes to video quality, 8.25 now has 1080p HD chatting and screen sharing capability.

Messaging has also been improved by letting you react within conversations using “@” mention. This will deliver an alert to that person, which they can get within the notification center. And if you happen to have an iPad, Skype says you can access all of the above-mentioned features with the Skype for iPad experience.

As far as the upcoming improvements, there will be a long-awaited call recording feature. Until now users had to use third-party apps to record their conversations on Skype. This cloud-based recording feature will capture everyone’s video as well as any screens shared during the call.

There will also be private conversations with end-to-end encrypted Skype audio calls, profile invites, group links to bring a group together quickly, and read receipt to see who is reading your messages with an avatar of the person who is reading it.

Getting the Skype 8 Update

Once you upgrade, your password, contacts, and conversation history from the last year will become part of the new version.

You can click here to get the latest version of Skype.