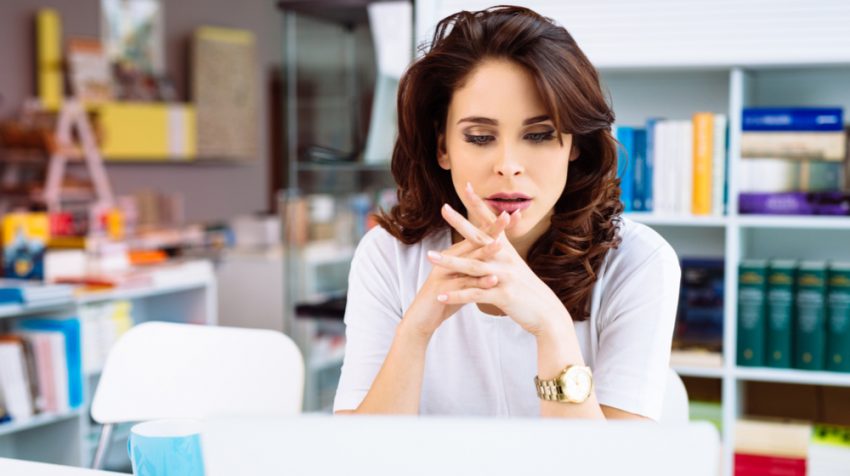 Although no one is saying we are in a full-on trade war, there is no doubt the first rounds have been fired. And this has some small businesses worried, which is what the latest risk survey from InsuranceBee, a liability insurance provider, has revealed.

According to InsruanceBee, 55% of small and medium sized business owners say they face risks because of policies on taxes, health care reform and trade by the Trump administration.

However, another 26% of owners say those same policies will make things better for their businesses. Their optimism is in part based on great economic data, including low unemployment rates and higher loan approvals by lenders.

The risk survey was carried out by InsuranceBee with the participation of 1,002 small and medium sized business owners across the US in April of 2018. In trying to identifying the risks small business owners face, the survey revealed who were the risk-takers in terms of demographic and geographical location as well as the challenges they face.

Regarding the policies of the current administration, 30% said it presents no risks for them. The number goes up to 37% for business owners of 55 years old.

A further breakdown of the data shows men are more optimistic about the administration’s policies. More than a third or 35% of men said things are going to be better for business in the next 12 months compared to 22% of women.

Another 27% said the administration could be doing more to help their business grow. Access to funding, healthcare reform, changes in regulations, tariffs and taxes are seen as barriers to growth.

In an emailed press release, Maureen Brogie, Senior Advisor for InsuranceBee, explained the impact of the policies on small business.

She said, “Given that the political climate in the US has divided opinion, we weren’t surprised that most SMB owners had strong opinions on how the current administration would impact their business. The economy has stayed strong, and unemployment is at an all-time low, so there are plenty of reasons to be upbeat.”

When the business owners were asked what their biggest risks were, economic uncertainty was the number one answer by 47% of the respondents.

Being sued was next at 17%, followed by losing an employee or business partner at 15%, access to capital at 15% and damage to their reputation at 13%. 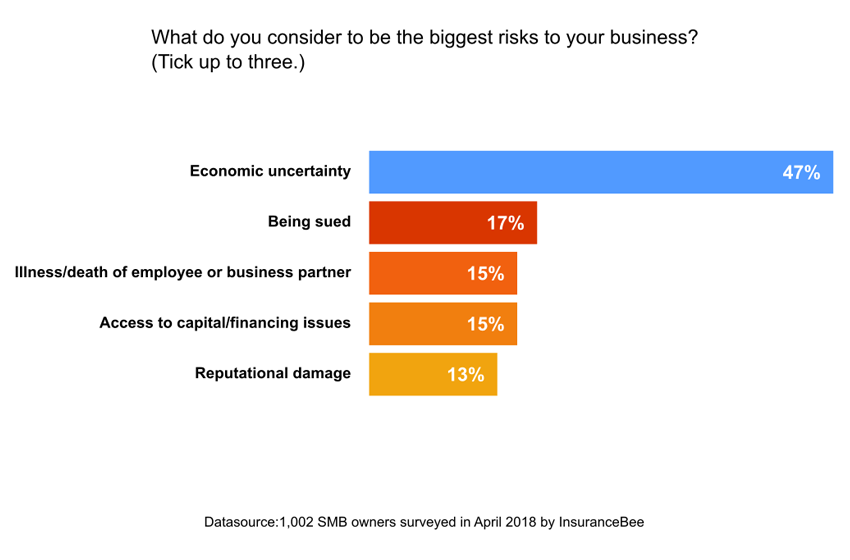 Considering the many different types of risks business face daily, close to a third or 29% didn’t have any kind of business insurance to mitigate those risks. Of these, almost half or 47% identified themselves as sole proprietors making less than $50K per year.

“Yet these are the very SMB owners who, when asked if they consider themselves to be risk-takers, were far more likely to say no,” the company said,writing on the official InsuranceBee blog.

In short, it’s worth having a solid contingency plan, the company says. Having the right coverage in place is one way of ensuring you protect your business and all of the hard work you have put into it.

You can take a look at the infographic below to see some of the data on the InsuranceBee risk survey.