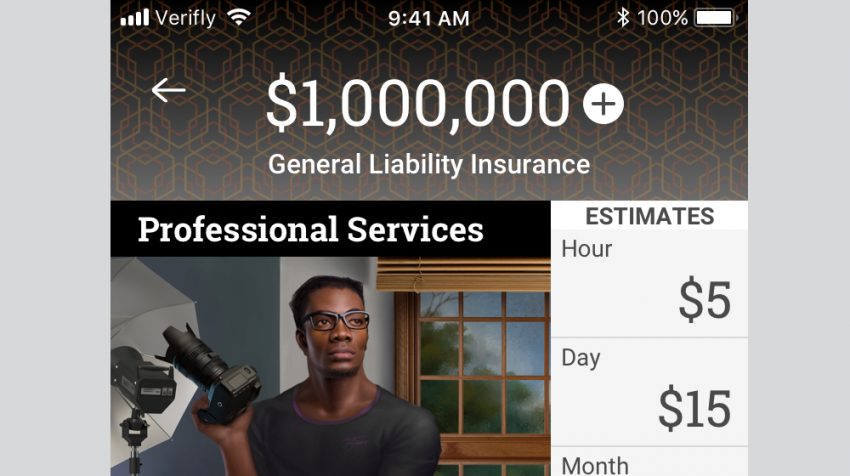 A new app is offering to cover freelancers, independent contractors and others like sole proprietors in seconds at a cut rate of as little as $5 for one hour of general liability insurance.

Both the expanding gig economy and the growing number of freelancers and other contractors present a new opportunity and market for Verifly.

“There are 57 million Americans who work independently — from photographers and DJs, to construction workers and handymen. Yet 40% of these sole proprietors, or 4 million people, do not have insurance,” the company said.

How it Compares to Traditional Liability Insurance

Traditional liability insurance is sold by the year for a minimum of several hundred dollars. Verifly breaks that down arranging mobile, automated policies starting from a single hour so the cost is only a fraction of what is charged by competitors.

Here’s how it works.

Start by opening the app and choosing from five different categories. Next, you pick the time you’ll need to complete the project — the app allows you to choose from one hour to one month. Getting insured takes 30 seconds and you’ll even get a certificate you can share with clients and prospects to cement deals. 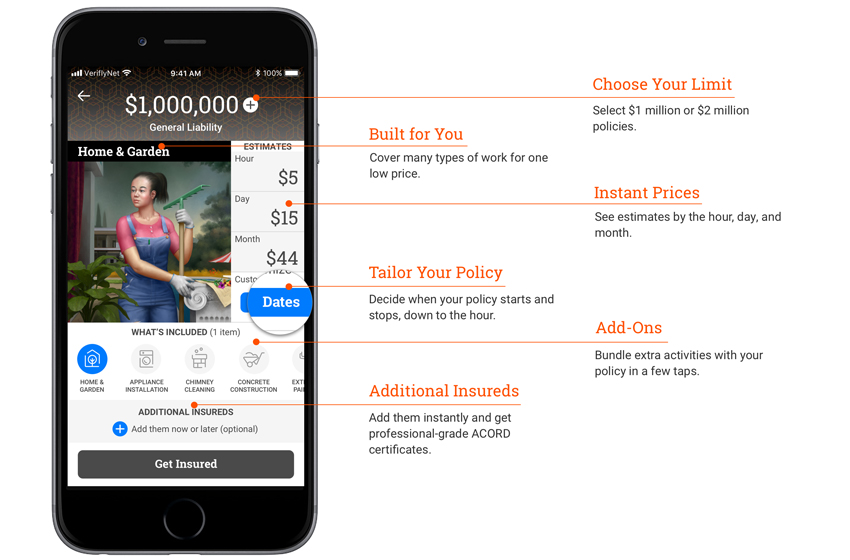 An Early Solution for the Drone Pilot Market

When launched in 2016, the app began as a way to insure independent contractors for one million dollars while they worked on a specific project. Co-founders Jay Bregman, the company’s CEO, and Eugene Hertz, who serves as CTO, launched the first version of the product for the commercial drone pilot market. The early version was an on demand, per flight liability option.

An Option for Contractors on Thumbtack, TaskRabbit and More

There’s another advantage to the new app for freelancers and contractors who like to look for contracts through online portals.

“Verifly makes it easy for freelancers to buy insurance for jobs, even if they are getting jobs on leading work marketplaces like Thumbtack, TaskRabbit, HomeAdvisor, and more,” Verifly says.

A Way to Remove Roadmaps for Contractors

“Buying insurance tailored to the type of work they’ll be doing allows them to broaden their appeal and credibility when using these services. It also removes a major roadblock — the threat of liability — which prevents many independent workers from contributing to these marketplaces,” he company adds.