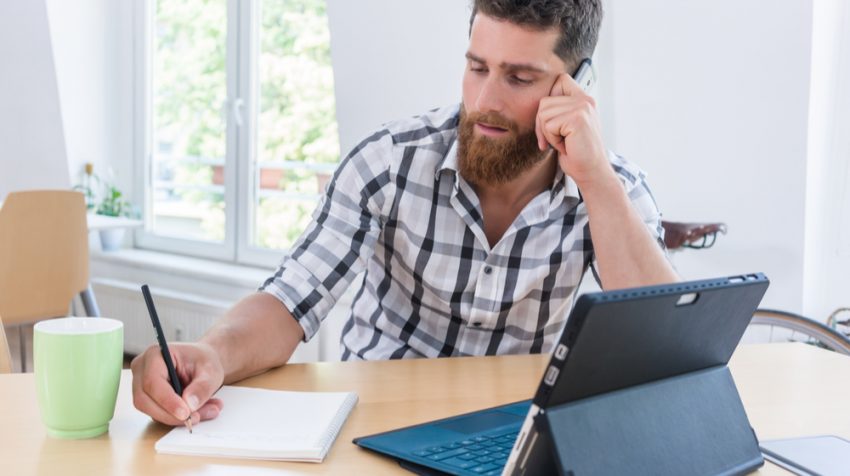 According to a recent MBO State of Independence in America study, an increasing number of independent contractors feel contract work is more secure than more traditional jobs. Small Business Trends spoke with Steve King, partner at Emergent Research, which helped conduct the study,  about the implications of the research about small businesses, freelancers, sole proprietors and others who work this way.

The annual study showed 41% of these contractors favored contract work for security in 2012. The rise to 49% this year is due to several accelerants, according to King.

“The economy has gotten better and that’s made it safer and more secure to be independent because there’s more business out there to get,” he said. 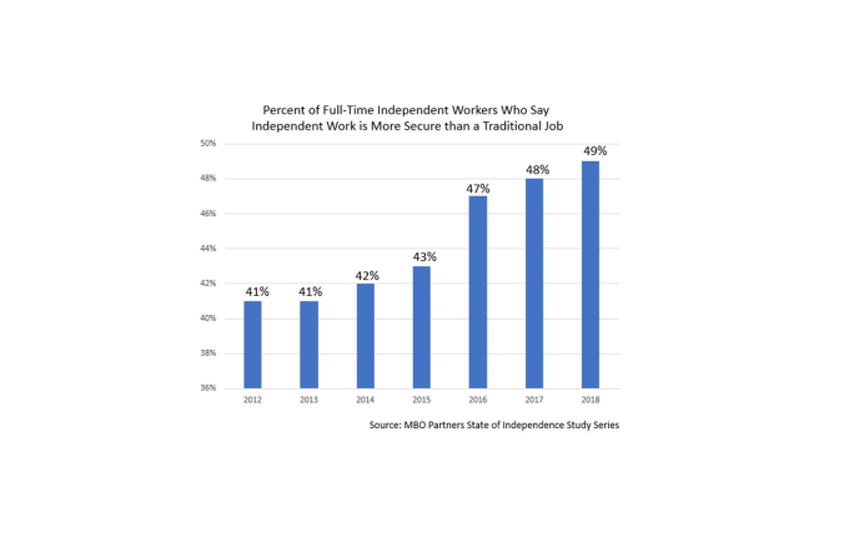 The other reason for the bump still ties in to the economy but has to do with choice. As more traditional jobs become available, the ranks of those working at contracts dwindles as these “reluctant independent workers” leave, but those left are more confident about their decision to stay freelancing. It’s a thinning of the herd that leaves the more enthusiastic folks in that 49%.

King also says some of the findings from as far back as 2011 helped to further explain the reasons why independent contractors prefer this kind of work to traditional employment.

“There were two reasons that really haven’t changed,” he said. “The first is independent workers have multiple sources of income, so while they may lose one or two clients, it’s unlikely they will lose all of their income.”

Along with this ability to spread their risk, the other factor contributing to the rise in popularity for independent freelance work is the general perception traditional jobs are no longer stable. King says there are a variety of factors that contribute to this post-2008 optic.

“You have things like corporate reorganizations, mergers and even mercurial bosses that contribute. As well, in today’s competitive world, even the most successful companies are constantly pruning,” he said.

Technology in general and the Internet specifically has amped up the trend. King says the digital tools available now have increased people’s confidence in their ability to create even more streams of income. He says this technology has allowed a lot of people to branch out and have various vehicles to make money from one central idea.

“They might write about or coach people on topics. They might even supply training programs on the same topic,” he says. “We call those people portfolioists.”

Another group are called Cobblers. These are folks who take a multifaceted approach like writing a novel while also selling items in an Etsy store and maybe even driving for Uber all at the same time.  These folks diversify without necessarily having a common topic or theme to tie everything together.

One of the other overarching themes from the report is crossover. King says a good number of the respondents who work full time also have an online gig on the go as a backup plan.

“Even traditional workers are seeing the need for other streams of income,” he says.

Data for the study was collected by Emergent Research and Rockbridge Associates in an online survey conducted during March 2018 with a total of 3,584 U.S. residents ages 21 and older participating. MBO Partners creates workforce solutions serving the independent consultant market.