10 Most Popular Crowdfunding Platforms: How They Work and How Your Business Can Use Them 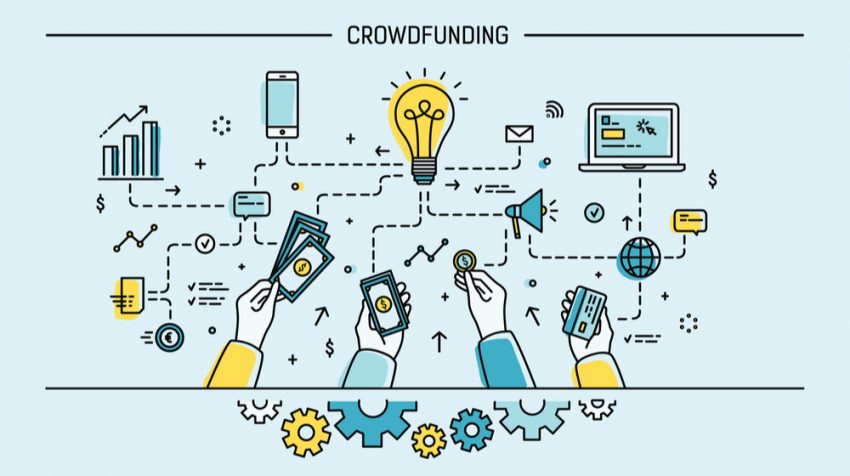 Crowdfunding has become a popular way to get funding for a new project or startup business.

It’s an excellent way to gauge interest since people will only fund what they’re seriously interested in.

However, not all crowdfunding platforms are equal. Each one specializes in a different purpose.

Most Popular Crowdfunding Platforms of 2018

You can choose among 10 of the most popular crowdfunding platforms online as of 2018.

The most popular crowdfunding site on the Internet, Kickstarter has become a household name.

However, it’s more for funding inventions and creative works and not for helping nonprofit organizations or funding your own endeavors without something in return.

Also, you don’t get to keep the money pledged if the kickstarter goal is not reached.

While it tends to play second fiddle to Kickstarter, Indiegogo has a number of advantages its counterpart doesn’t provide.

For instance, Indiegogo has flexible funding that lets you keep the funds you’ve raised, even when you haven’t been able to reach your goal.

It also lets you buy funded products in the platform’s marketplace, so successful projects have another potential source of income.

Another popular crowdfunding platform, Patreon sets itself apart with its subscription model.

Instead of being for straight-up campaigns, this is more for providing ongoing financial support for a creative venture or artist.

There’s also the option to provide content exclusive to patrons who are subscribed to your Patreon through the site itself.

This one is more popular for individuals who need money right away.

You may often see people asking for crowdfunding for short-term projects and medical emergencies in GoFundMe, which is common practice in this platform.

While not as popular as the platforms mentioned above, Crowdrise has garnered attention for its focus on crowdfunding “real-world issues” over funding for-profit ventures.

It can also be used to fund college scholarships, weddings, and even birthday parties.

Due to this mostly socially-conscious objective, GoFundMe took notice and acquired it in early 2017.

If you’re a musician and need a way to cover expenses for things like launching a new album or going on a tour, then PledgeMusic may be good for that.

You can also provide rewards for donors who pledge a certain amount of money, like free digital copy of your music or such.

Like Crowdrise, this platform has its focus on crowdfunding worthy causes, so it’s not really the right platform for businesses and for-profit ventures.

Razoo is great if you’re looking to fundraise for charity.

This one is mostly for venture capital, so businesses and other for-profit ventures can use RocketHub for crowdfunding their startups.

Meanwhile, their ELEQUITY Funding Room lets you pitch your project idea and generate interest, which can then lead to getting advice and even additional funding.

It has a fairly straightforward name, which matches what it’s for.

Crowdfunder lets you sell equity and debt in your business to attract angel investors and venture capitalists to raise money for your projects.

It’s like a regular venture capital program, but with the online infrastructure to raise awareness usually beyond smaller business’ means.

Rather than a website, Give is a WordPress plugin you can install in your blog to help you collect donations from visitors.

However, it’s meant for non-profit ventures only, so it’s not really a “beg for money to pay your rent” type of plugin.

On the other hand, it doesn’t take any fees for collecting donations.

If you’re looking for a way to fund your next unicorn idea, crowdfunding could be the key.