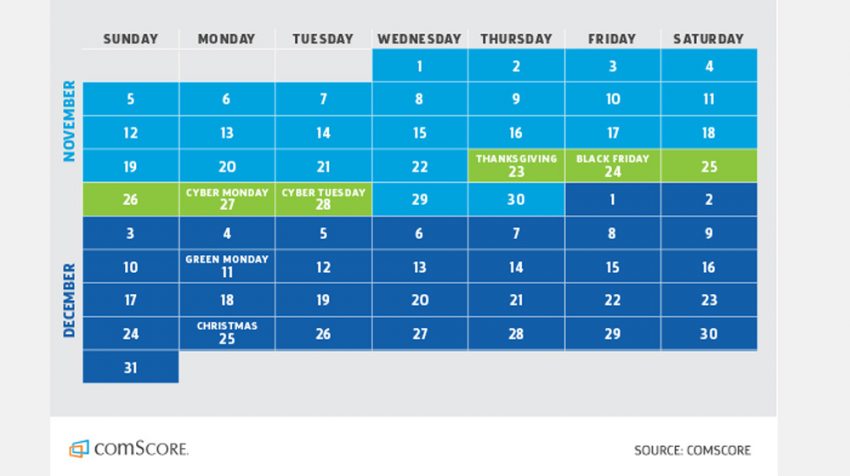 It is August and the talk about holiday shopping has already begun in earnest. According to ComScore, for brands without plans to get in front of consumers early, this can pose a threat. It can also be seen as an opportunity for those who want to meet the rush early.

This year, the holiday shopping season will have 33 days, but the six days starting with Thanksgiving and ending with Cyber Tuesday will grab the lion’s share of consumer spend. Early shoppers are also increasingly making these purchases online. 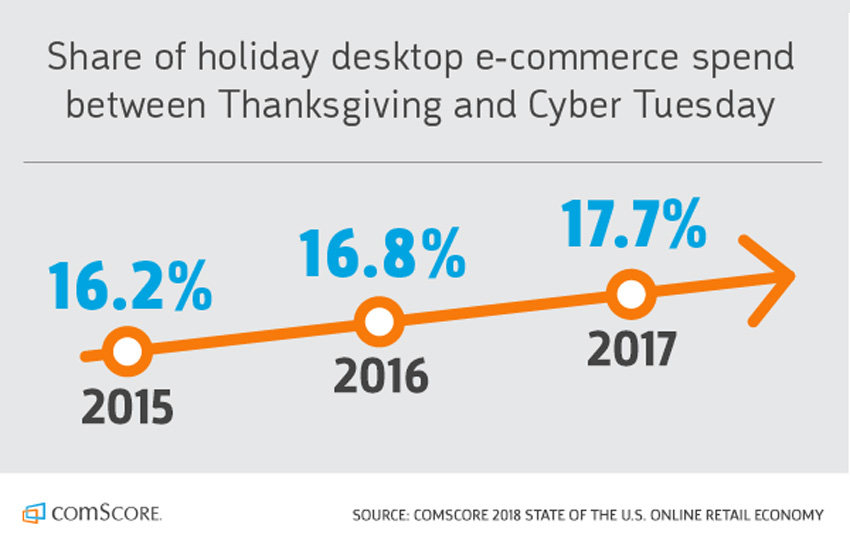 For small businesses, this means adjusting marketing strategies to get the most bang out of your ad spend. According to ComScore’s Ryan Williams, Head of Client Insights, Retail, Travel and CPG, the shift is compounding the problem for marketers.

In a post on the official ComScore Blog, Williams says, “Given that many consumers have fixed budgets for the holidays, as budgets are depleted in the few days after Thanksgiving, brands unable to leverage the early rush of online Thanksgiving retail holiday shoppers may find there are fewer consumer dollars to capture as the holiday season winds down.”

According to the report by ComScore, the average daily spend in the two weeks before Christmas is getting lower. This, Williams says, will give brands fewer consumer dollars after Thanksgiving in the coming years. 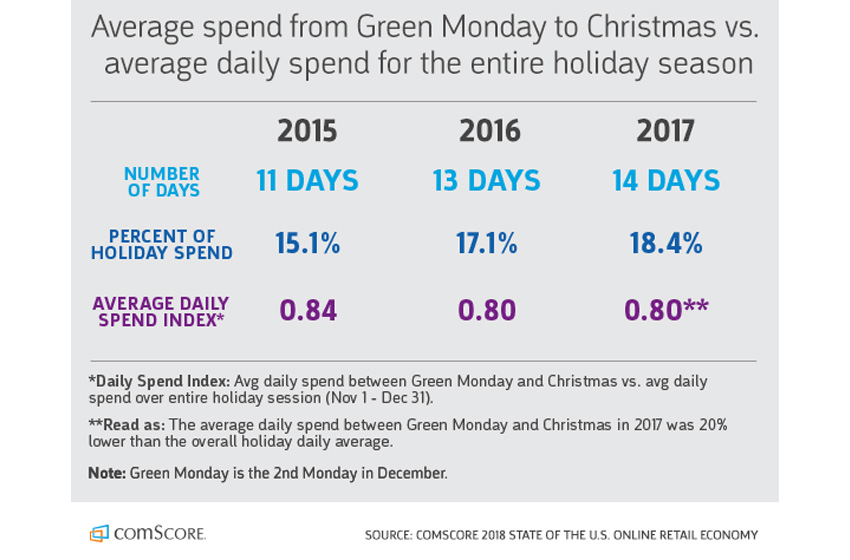 The change to early holiday consumer spending is being driven by lower prices and deals as they shop online to finish the list of items they want to buy. Shoppers are also waiting to buy big-ticket items during the days on and between Thanksgiving, Black Friday, Cyber Monday and Cyber Tuesday.

No matter what the reason, Williams says consumers have shifted to making their holiday purchases earlier, especially via ecommerce.

For brands, this means creating marketing strategies to take into account the trend as well as adjusting their inventory, industry segment and capacity to address the fluctuations which will undoubtedly take place.

As Williams points out, “Over the next couple years, starting as soon as 2019, there will be fewer days for brands to catch up if they don’t find success around the Thanksgiving holiday.”

A presentation addressing these and other trends titled, “State of the U.S. Online Retail Economy in 2018” can be downloaded here.