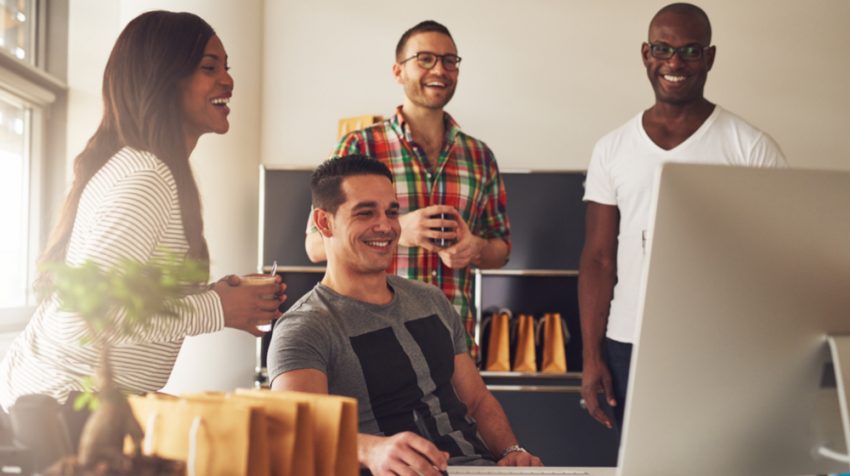 The confidence among small business owners is at record highs, and the results from the quarterly CNBC/SurveyMonkey Small Business Survey has revealed as much.

More than half or 58% of small business owners in the survey said their overall business conditions are good, which is up by five percentage points from the second quarter’s 53%. And compared to the third quarter of 2017, it is has gone up by 39%.

According to the report, the survey gives CNBC the ability to discover up-and-coming trends across the nation among specific small business segments by geographic region. The poll measures the strength of the American economy by gauging how business owners on Main Street feel about jobs, taxes and current topics which affect their day to day operations.

In a press release, Jon Cohen, chief research officer for SurveyMonkey, pointed out one of those subjects — taxes. Cohen said, “More than one in five (22 percent) small business owners single out taxes and government spending as the issue that matters most to the success of their businesses — more than any other issue including health care, immigration, regulations, and unemployment,”

The CNBC and SurveyMonkey poll was carried out online with the participation of 2,085 self-identified small business owners. The survey for this quarter took place from July 27 through August 5.

The CNBC/SurveyMonkey Q3 Confidence Index hit a record high of 62. The index is based on the responses to 80 key questions which are then calculated on a scale from 0 to 100. The number confirms the recent record historic highs the National Federation of Independent Businesses reported in its June 2018 small business optimism index.

This confidence is translating to more hiring. Thirty-three percent said they plan to increase their workforce in the next 12 months. However, finding talent is a continuing challenge.

Almost half or 45% said a lack of education is the biggest obstacle for finding the right talent, while 28% said it is because large companies are offering better pay and benefits.

Cohen said, “The bigger of the small businesses have the most trouble — all small business owners point to workers lacking the right education and training, which is another consequence of the tight labor market.”

He added, “Either they are not finding the right employees or it is taking them longer to do so.”

Another concern is the current trade or tariff war taking place with different countries around the world. While 34% of small business owners said tariffs will hurt their business, the number shows a dramatic difference when it is broken down along party lines.

Almost two-thirds or 65% of Democrats said it would hurt them and only 13% of Republicans felt the same way. But eight percent of all businesses said they have made changes because of the tariffs and 21% plan on doing so.

With the midterm elections around the corner, the issues which concern small businesses most are taxes and spending (22%), healthcare (16%) and the wealth gap (14%).