Number of Jobs, Average Earnings Up for August, Government Says 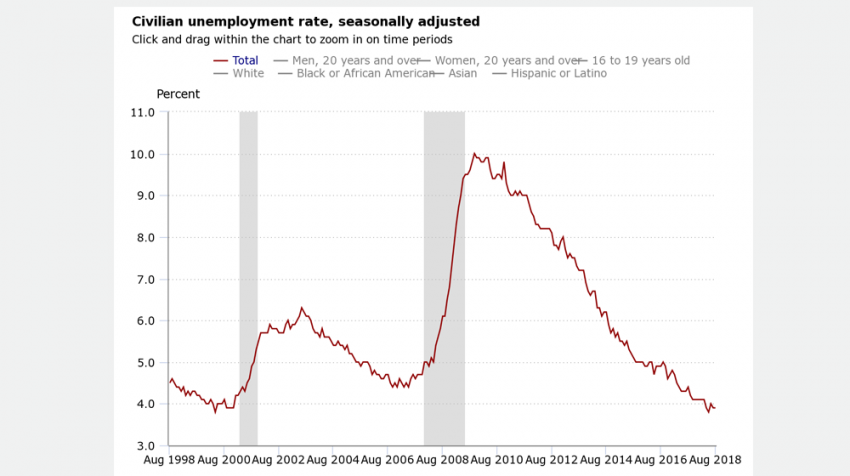 Of the 201,000 jobs created, most were found in what might be considered traditional industries. Some of the major industries with job gains performed as follows:

“Employment showed little change over the month in other major industries, including retail trade, information, financial activities, leisure and hospitality, and government,” BLS wrote in its report.

From the report, it’s more likely these jobs are pulling new workers from those previously not participating in the labor force. The number of unemployed persons stood at 6.2 million, per the report, with the long-term unemployed (those jobless for 27 weeks or more) standing at 1.3 million in August.

Meanwhile, the number of persons not in the labor force, but who wanted a job and were available for work, referred to as “marginally attached to the labor force,” stood at 1.4 million. This particular group had unsuccessfully looked for a job sometime in the prior 12 months.

“Among the marginally attached, there were 434,000 discouraged workers in August, essentially unchanged from a year earlier,” BLS said.

Small businesses looking to hire might want to consider targeting the discouraged workers, defined as persons not currently looking for work because they believe no jobs are available for them. You might also want to target the long-term unemployed instead of competing in the ever-tightening job market.