Mike Volpe of Lola.com: The CMO Job is a Good Grooming Ground for CEOs

I’ve known Mike Volpe since the early days of HubSpot, where he was employee number 5, and as CMO helped the company grow from about a dozen beta customers to over 15,000 customers, 1,000 employees, $150 million in revenue, and an IPO leading to a $1.7 billion market cap.

But after years of being a CMO, last month he was named CEO of Lola.com — a company focused on making business travel easier for the travel manager and the traveler.  I caught up with Mike at Lola’s headquarters in Boston to learn more about making the transition from CMO to CEO, how one job may have prepared him for the other, and to get his take on how leading a startup in today’s environment compares to what is was like building HubSpot up more than a decade ago.

Below is an edited transcript of the conversation.  To hear the full conversation, watch the video below or click on the embedded SoundCloud player. 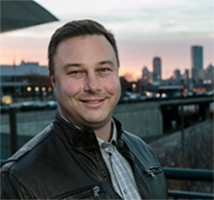 Mike Volpe: I’ve worked as a marketer for a real long time. I was at HubSpot, part of the early founding team there, ran marketing through the IPO. I was there for about eight-and-a-half years. Then I ran marketing at a cybersecurity company called Cybereason for a couple years. Then I just joined Lola.com about a month ago actually. It’s fresh on the job, but as CEO, as you just said. It’s a little bit of a different deal. It’s been fun so far.

Small Business Trends: All right, so you’ve been a CMO for years. What prepared you from a CMO perspective to become a CEO?

Mike Volpe: I think there’s a lot of skills you learn as a CMO that prepare you for the CEO job, understanding growth models, understanding different go-to-market models and how those apply to different businesses. Depending what the price point that you’re targeting, who you’re selling to, how you think you’re going to sell it, all those things affect how you should do your go to market. If you have a strong marketing background, you understand all the different go-to-market models. Being able to pair those with the business and the strategy I think is one area that as a marketer you learn a lot about that helps you as a CEO.

Then finally, just on the leadership and management side, if you’ve grown your career in marketing and managed larger teams, then you’ve had an opportunity to learn a lot of those skills.

I actually do think the CMO job is a good grooming ground for CEOs, but it’s definitely not the only thing that gets the job done. Being the best CMO in the world is not going to necessarily get you the CEO job.

See Also: Why This CEO Left His Job to Create Priority Bicycles

Mike Volpe: We simplify and make business travel better. I think most companies have some sort of business travel solution. The reason they have that is because the finance department wants some basic policies and controls to keep employees from making mistakes and overspending the company’s money.

The other benefit of it is that employees get 24-7 VIP concierge support. Typically companies are willing to invest a little bit of money to give their employees the support that they need to have better experiences when things go wrong during business travel, because something always goes wrong.

We do both of those things, but we’re the new modern version of those things. We do what’s called agile travel management. All the existing systems take many weeks to implement. They’re very expensive. They’re not very flexible. Ours, you can set up a travel policy in five minutes. It’s very dynamic. It adapts pricing to local market conditions in local cities. It’s just a much more agile approach to travel management. That’s what we do, so we’ve been getting a lot of traction with small, fast-growing companies that really like what we’re doing and our new approach to it.

Small Business Trends: I knew you from the beginning at HubSpot.

Mike Volpe: You were an early follower of HubSpot from the outside as an analyst and things like that in the industry. You were actually the first analyst to find HubSpot. You should get major credit for that.

Small Business Trends: Wow…. But you started from the ground up there. It’s been years ago now, but now Lola. You’re doing a bit of a return to form here, but you’re doing it as a CEO. What kind of things are the same now, being at a startup, versus what it was back in the day with HubSpot?

At any successful company, it then shifts into a, how do we make this team 10 times bigger now that we figured out the model. Then you start to worry about efficiency, and scalability, and things like that, but we’re definitely at that first stage. I think we’re going to very quickly move into that second stage, but we’re not quite there yet. There’s just definitely a lot of similarities from the theme and things like that.

I’d say some of the differences are the early days at HubSpot, we had a much more balanced organization, an equivalent number of people in sales and marketing versus product. Here, Paul English, the founder of Lola.com, he had founded Kayak, really strong on product and engineer. He’s an engineer by training, has a lot of ideas in product and product design as well. He’s built a very large and effective product organization here. But we really haven’t built out nearly as much in the sales and marketing side.

Small Business Trends: That’s going to be interesting, because marketing is where you’ve lived for so long. You got to catch up on the marketing side, but you’re the CEO now. What kind of challenges represent to you personally to say, “I know we need to do the marketing, but I’m the CEO. I’ve got to focus on everything else”?

Mike Volpe: It’s a really interesting challenge. We were chatting about this earlier. I feel like I need to be very conscious of not to just come in and end up being interim CMO with 80% of my time. I need to make sure that I build out that team in a way that they can be self-sufficient. I need to make sure I’m doing all the other CEO type of things.

The good news is, so far, it’s like any startup with a lot of opportunity. There are so many things that are on my list to do that there’s no shortage of work. I’m being forcibly pulled into all of the CEO-related things, which is good, because it’s forcing me to spend a minority of my time on marketing, which is also forcing me to make sure I spend some time on hiring in order to get things going.

But yeah, I think any first-time CEO, you have … a bad habit would be to go back into the area of your functional expertise and spend a lot of time there. I need to be really conscious of that as any first-timer I think does.