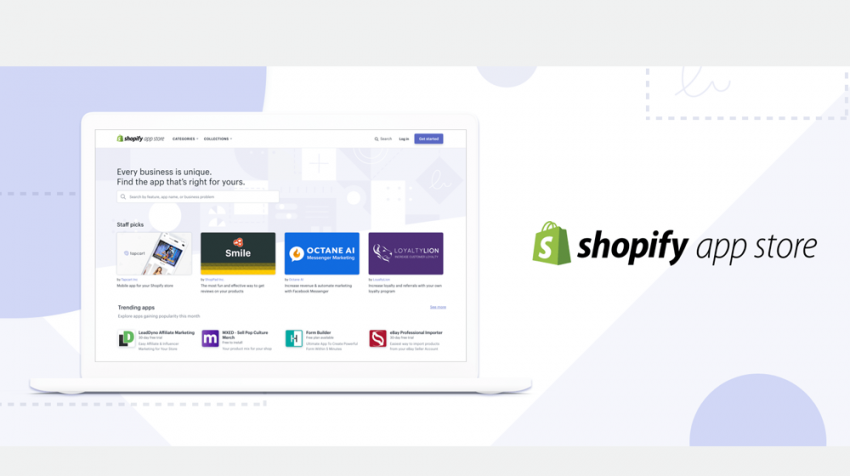 Shopify (NYSE: SHOP) has launched a new app store with the goal of making the more than 2,400 apps in the store easier to find.

According to Shopify, 85% percent of the merchants who use the company’s platform rely on apps to run their business. And the number of apps the average merchant uses has grown six-fold since 2012.

With so many specialized industry and task-specific apps, finding the right one amongst thousands of apps can be time-consuming and more complicated than it has to be. For the more than 600,000 merchants who use Shopify, most of whom are small businesses, the app store was overdue for an overhaul.

According to Brandon Chu, General Manager of App & Partner Platform, who addressed the state of the old app store on the company blog, said “It just simply wasn’t designed for the diversity of merchants that we have today to be able to find the diversity of apps that now exist”

One of the biggest problems the store was facing was the issues of scale, which according to Chu were causing problems for both merchants and developers. When you take into account the Shopify App Store had less than a dozen apps at launch in 2009, the 2,400 plus apps it has now represents an increase of thousands of percentage points.

Shopify started by completely overhauling its app store to provide a better experience for users whether they are on their desktop or mobile device.

The user interface is, according to the company, simpler and easier to navigate. This was in part achieved from the feedback merchants and app developers submitted to Shopify.

This includes using a search function which understands the language you use to find what you are looking for, as well as making the results of your query more accurate. Based on your query, the result will discover available solutions in the most relevant order.

The search result will also have key pieces of information up front and center, such as free trial details, ratings, and an easy to understand description of the app.

The listing of apps has been improved by providing the most relevant information for each merchant. This includes side by side comparisons of apps and a more transparent and easy to understand price listing.

With over 2,400 apps, going through the whole catalog to find a useful app would take more time than any small business owner had.

A new smart app recommendation engine has been integrated into the store to suggest solutions based on patterns that drive success for your business.

The engine will recommend apps which you may not have considered before based on prior purchases. Using the new apps together can introduce new levels of efficiency in running your store, marketing to your customers, analyzing data and more.

You can visit the new and improved Shopify App Store here.