The Epic Business Fails of the World’s Top Entrepreneurs (INFOGRAPHIC) 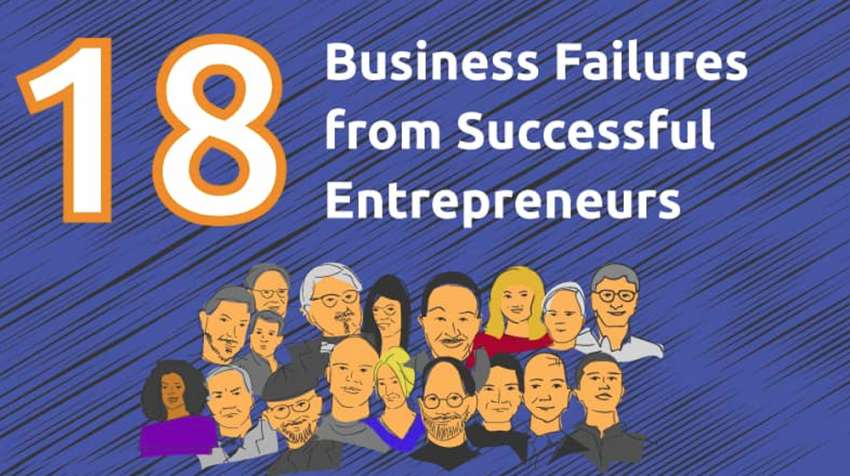 The journey of an entrepreneur is often filled with depressing lows, debt and doubt, but according to Bloomberg, entrepreneurs who fail find more success the second time around. In fact, a recently published infographic by POUND COFFEE clearly shows that some of the world’s most accomplished entrepreneurs failed at least once, if not multiple times, before blazing the trail to success.

Below are a few successful entrepreneurs that failed before they ever succeeded.

Peter Thiel, billionaire investor and venture capitalist, was Facebook’s first institutional investor and was also one of the PayPal founders. But Thiel also failed as anyone else could ever fail. An early hedge fund he co-founded, Clarium Capital, lost ninety percent of its $7 billion dollars in assets. But failure didn’t stop him. Thiel has gone on to co-found several other startups, including Mithril Capital and Valar Ventures.

Sir James Dyson wasn’t always known as the inventor of a wildly successful home product. Dyson worked on more than 5,000 prototypes that all flopped and failed before finding the right one for his Dyson vacuum cleaner.

Arianna Huffington wasn’t always the darling of the online publishing world. Before her publication took off, Huffington was rejected by 36 different book publishers before finally getting her second book accepted for publication. She could have easily given up and moved on, but she didn’t.

Before ever becoming the vice president of the Startup Institute, Christina Wallace had to deal with the epic failure of her company – Quincy Apparel. The failure led her to stay in bed depressed for weeks, but she bounced back and used some of the lessons she learned from that failure to help the startup community.

While Colonel Sanders requires no introduction today, the founder of Kentucky Fried Chicken faced his own bout of failures and rejections. His recipe was reportedly rejected over 1,000 times before a restaurant picked it up. Sanders founded KFC when he was 56 years old.

Below is POUND COFFEE’s complete infographic that features eighteen failures from successful entrepreneurs.