Thinking about Buying an iPhone for Your Business? Read This First 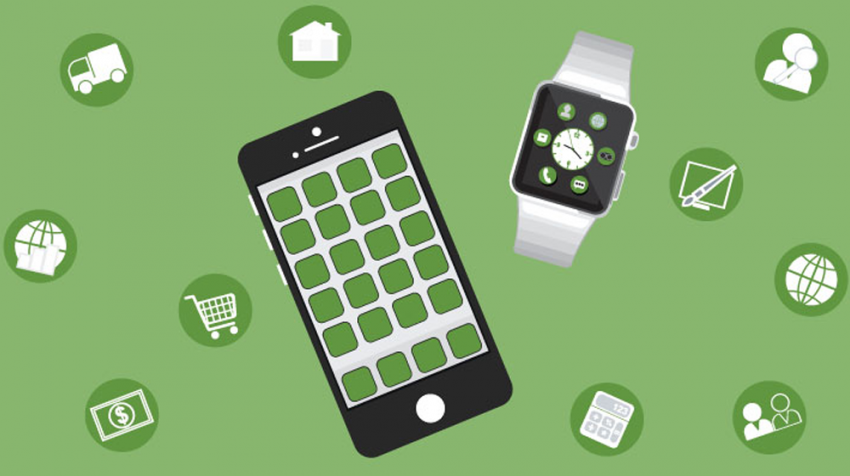 An iPhone is a common purchase for people all over the world. Around 223 million Americans have a smartphone, and 43% (around 96 million) have an iPhone, according to Statista. The fall 2018 iPhone lineup includes a flagship iPhone XS Max with a top $1,449 price tag. That is a ton of money for a phone! But a recent study found that a large percentage of Americans would happily go into debt for a new iPhone. Do you think an iPhone is worth going into debt for? Let’s take a look at the hard numbers to decide.

Think You Can Afford an iPhone? Check Out the Cost of an Annual New iPhone

Apple fanatics line up every time a new iPhone comes out to get the latest and greatest from their favorite phone manufacturer. Many consumers are excited about the new iPhone XR with a $749 price tag, giving it a better price point for the average consumer. If you were to buy one of these every fall for ten years, you would pay $7,490 for phones in a decade.

If you were to invest that $749 every year at a 5% rate of return, you would have about $10,000 at the end of ten years. The full opportunity cost of a new iPhone is a lot bigger than the price tag. That is why it is important to keep in mind that a phone can last more than 12 months. Your phone should last at least two years. I’m getting ready to upgrade my 35-month-old Android phone (which cost a lot less than an iPhone) when it turns 3 next month. (My phone is the same age as my oldest child!)

Who Would Go into Debt for a Phone?

Just to be clear for iPeople out there: both in the US and worldwide, Android phones are more popular and generally more affordable. You don’t have to buy a $1,000 phone. You certainly should not buy an expensive phone on a credit card. If buying a new phone would put you into debt (or greater debt), you have more important things to spend your money on.

In its 2018 Credit Score survey, WalletHub asked a lot of questions about phones. For someone who lives a relatively thrifty lifestyle, I was shocked to see how many people think it is worthwhile to go into a debt for an iPhone. Nearly 28 million people say an iPhone is worth going into debt. 5x more millennials felt this way than Baby Boomers.

Even more shocking, 19% would rather have an unlimited data phone plan than an excellent credit score and 44% of millennials think their phone has a bigger impact on their life than their credit score. It looks like millennials have a lot to learn about credit and money!

Good credit and well-managed finances make a smartphone more affordable. But in no way is one particular model of phone a need. Don’t worry about keeping up with the Joneses, friends, or Kardashians. Just focus on costs, features, and needs. That should lead you to make the right financial decision when it comes time to replace your mini pocket computer that also makes phone calls.

Make Smart Money Choices with an iPhone and Beyond

Whether you are in the market for a new smartphone or something else, let your budget be your guide. Your personal finances are too important to let any one purchase or want, particularly a luxury or a vice, dictate how you spend.

On the flip side, many people can afford an iPhone within their means without worry. If that sounds like you, and you would rather have an iPhone, you can certainly buy one. Just don’t put this type of purchase on a credit card unless you can pay it off in full before your next statement is due. If you put a $1,000 purchase on a credit card with 20% interest and pay $50 per month toward the debt, you’ll pay $226 in interest, about 25% of the cost of the phone, in interest expense.

The moral of the story: focus on your budget and long-term goals first. Phones are not as important as your financial well being.