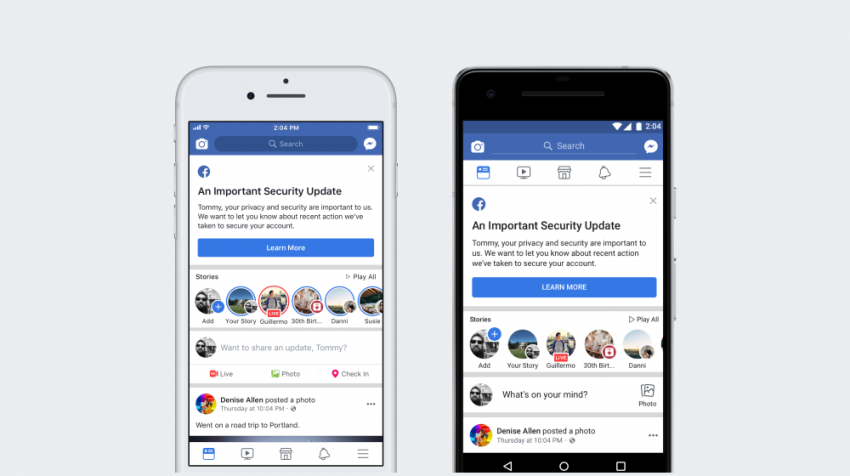 The security breach which was discovered by Facebook (NASDAQ: FB) engineers on September 25 allowed the attackers to take direct control over user accounts; around 50 million of them to be exact.

In a security update, Facebook admitted the attack was able to exploit the complex interaction of multiple issues in its code. This came about from a change the company made to its video uploading feature in July of 2017 affecting the “View As” feature.

Facebook said, “The attackers not only needed to find this vulnerability and use it to get an access token, they then had to pivot from that account to others to steal more tokens.”

This attack couldn’t have come at a worse time for Facebook. The company is trying to ratchet up its security before the upcoming mid-term elections while at the same time trying to recover from the Cambridge Analytica fiasco in which data from about 87 million users was shared with a political consulting agency.

The View As Feature

The View As feature allows users to see how a profile looks to other people.

The attackers were able to exploit three flaws or bugs in the “View As” feature. In the same security update, Pedro Canahuati, Vice President of Engineering, Security and Privacy, listed those flaws as follows:

Facebook said it has turned off the View As feature temporarily while it conducts a security review.

With this vulnerability, the attackers were able to trick Facebook into issuing them access tokens. This gave them access to user accounts as if they were the user.

They also had access to services the user might’ve registered for using Facebook such as Airbnb, Spotify, Tinder or other apps and games.

If your account was one of the 90 million affected by this incident, you will be prompted to re-login on Facebook and any linked accounts.

In a conference call (PDF) Guy Rosen, Vice President of Product Management for Facebook said the company has notified law enforcement and is working with the FBI.

As to who is responsible, Rosen goes on to say it is hard to discover who was behind the attack, adding “We may never know.”