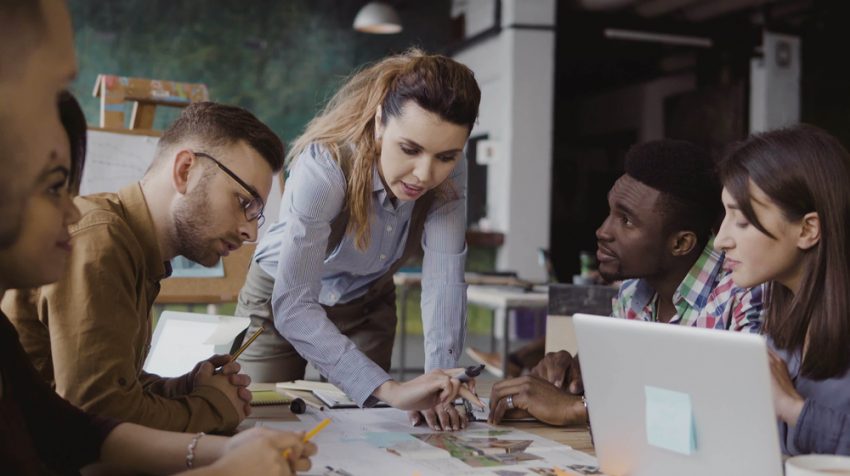 A new infographic by IntiativeOne says effective, inspirational leadership doesn’t have that much to do with personality, age, or genetics. Instead, it says the skills you learn, work on, and grow into are more relevant if you want to inspire others.

And if you are looking to inspire your team, it also means eliminating the negative traits which will do the opposite of inspiring them. For small business owners with a smaller number of team members, these negative traits can be more detrimental than for a large organization.

As InitiativeOne says in the blog, “There are some traits, like consistent negativity, acting like a dictator or just plain being a jerk, that are not going to cut it with a team looking to succeed.” But just like you can learn traits to be a great inspirational leader, you can also learn to eliminate the negative ones.

Are Leaders Born or Made?

According to InitiativeOne, 19% of people believe leaders are born while more than half or 53% believe they are made. There also those who say it is both at 28%.

When it comes to leadership, 24% say it is genetic and the remaining 76% say it is learned. As to the value of genetics vs learned behavior, it is 30% to 70% respectively.

How to Inspire Teams

The six ways leaders inspire their teams are by caring equally about their people and the business; pushing excellence in their team; leading with head and heart; looking to learn from others and not just teach; seeking to develop others; valuing the input of everyone in the team.

When it comes to the traits inspirational leaders have or should develop, they start with trustworthiness, exuding confidence and leading by listening. Leaders should also be self-aware as well as being aware of others.

The infographic says inspirational leaders recharge their emotional batteries regularly and are capable of clearly stating their vision, core values, and team norms. But the most important trait is centeredness.

Being centered allows leaders to stay calm in stressful situations, empathize, listen deeply, and remain present. InitiativeOne says ranking in the top 10% in this trait increases your ability to be seen as inspirational.

According to Dr. Fred Johnson, CEO and Founder of InitiativeOne, there are two things that differentiate great companies from everybody else. Top companies differentiate themselves by the way they make decisions and solve problems.

Inspirational leaders are able to make sound decisions and solve problems while motivating their teams through the actions they take. If your team knows they can count on you, you can motivate them to action.

You can take a look at the rest of the IntitiativeOne infographic below to get inspired and help you and your team succeed.