7 Incredible Messenger Apps for Your Brand 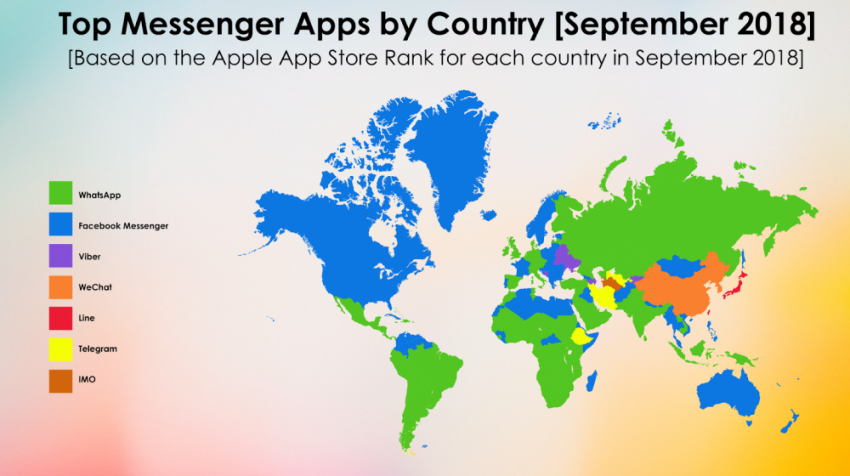 From ads to drip campaigns, brands are using messenger apps to better connect with their users.

With record-breaking engagement (up to 80%!) on messenger apps, it’s no wonder.

But not all messenger apps are created equally.

WhatsApp is has the most users worldwide, but Facebook Messenger dominates the U.S. market.

But in some countries, neither Facebook Messenger or WhatsApp are even available.
It’s important to pay attention to the top messenger apps throughout the world, especially if you have an audience in other countries.

To that end, let’s explore the top 7 messenger apps in the world! 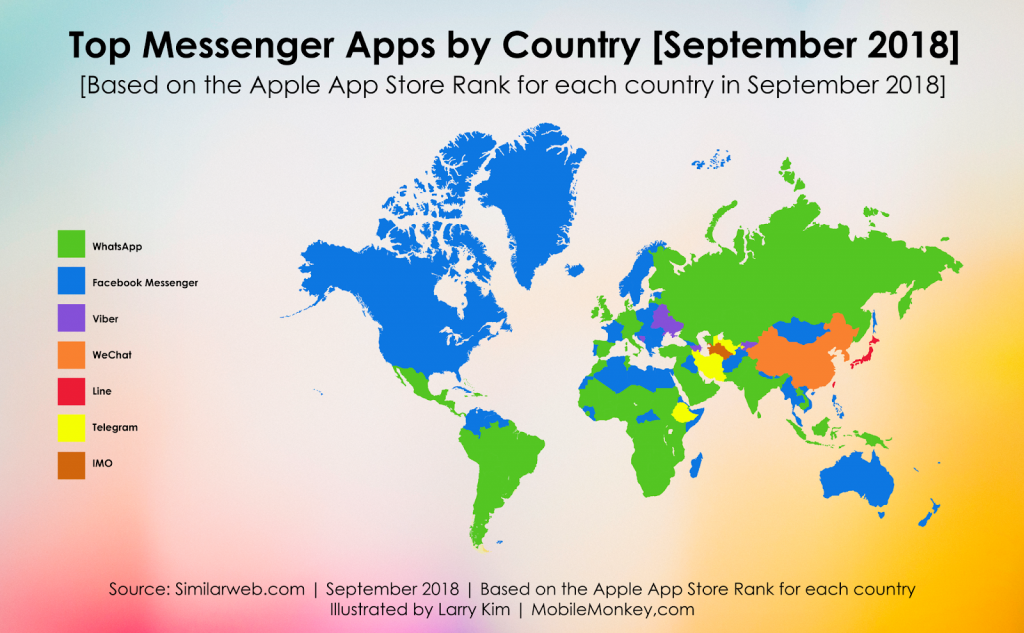 WhatsApp is the most preferred messenger app in the world today.

With end-to-end encryption, WhatsApp a very secure messenger app that is favored by people in countries where security may be a major concern.

Increasingly, brands have been integrating Facebook Messenger into their digital marketing strategy.

Did I mention the engagement rates are sky high?

Facebook Messenger’s average open rate is 70-80% — within the first 60 minutes.

When it comes to marketing channels, Facebook Messenger is a unicorn in a sea of donkeys.

(Wondering if it can work for you? Here are 15 signs a chatbot can help your business!)

It also has features that let you find new friends nearby, as well as a GPS function.

While WeChat is most powerful in China, the app has users outside of China.

There are more than one billion WeChat users.

Fairly popular due to its encryption and secret chat feature, Viber is often installed in phones as a secondary app.

LINE has 203 million users worldwide, and is especially popular in Japan and Taiwan.

In addition to messaging, LINE offers free voice and video calls, as well as social groups, stickers, timelines, and even games.

Telegram has around 200 million users worldwide.

In Turkmenistan, only a small handful of apps are accessible.

IMO is one of them, and accordingly has a solid user base in the country.

Depending on where your customers are, your choice in messenger app marketing will differ. Invest in messenger apps strategically and you’ll be able to connect users across the globe.

Larry Kim founded WordStream in 2007. He serves as company CTO and is the author of 4 Award-Winning Books on Software Development. Larry also blogs at the WordStream Blog and practices photography in his spare time.
5 Reactions
Subscribe
Follow @smallbiztrends
RSS LinkedIn Pinterest iTunes