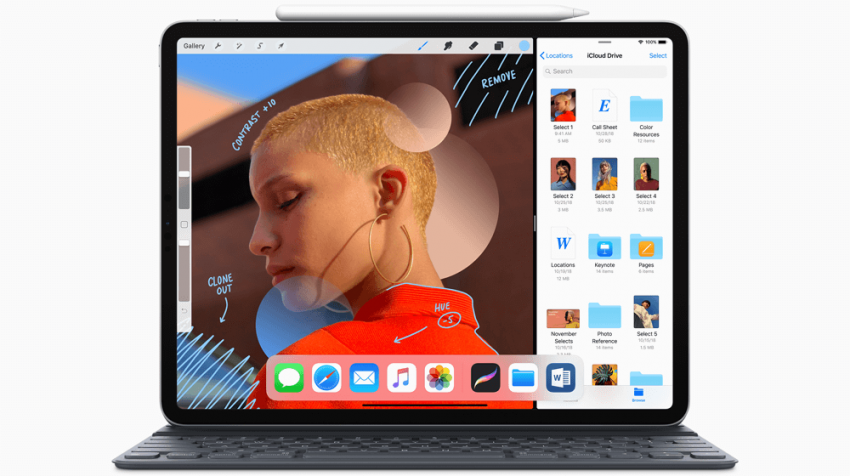 The new Apple iPad Pro is bigger, faster and more integrated with applications creatives like to use in two different models. The 11-inch and 12.9-inch versions have a new edge-to-edge display, upgraded specs, and they support the new Apple Pencil.

The next obvious question is, are the new upgrades worth the price Apple is asking for the new iPads? This, of course, will greatly depend on what you do with your iPad, but the addition of the new Apple Pencil, USB-C port for more connectivity, edge-to-edge display, and A12X Bionic chip are worthy additions some users will gladly pay for.

For small business owners who need a powerful and all-inclusive portable device (Apple says it outperforms most PC laptops), the new iPad Pro makes the case with some great specs.

The difference between the two models, besides the screen size, is the battery.  The larger version has a bigger 36.71-watt-hour battery. The small iPad Pro has a 29.37-watt-hour  battery.

If you want the WiFi + cellular versions, expect to pay an additional $150 for each model.

Apple says the A12X Bionic was specifically built for the new iPad Pro. The company says this is the smartest and most powerful chip in the market for a tablet.

The chip will allow you to edit photos, create 3D models, and a functional device for Augmented Reality (AR).

The next-generation Neural Engine can handle advanced machine learning for everything from photography to AR, with the capability of completing up to 5 trillion operations per second.

This will enable the new Face ID on the iPad to recognize your face faster and deliver improved machine learning (ML) core tasks. For developers, this means being able to create apps which can leverage the ML engine and AR capabilities.

The Apple Pencil for the new iPad Pro is in its second generation. The improvements include a pairing and wireless charging feature with magnetic attachment, double-tap functionality for selecting the right tools such as a brush, and integration with apps from Adobe, Autodesk, and Procreate.

The Smart Keyboard Folio houses a full-size keyboard which doesn’t need to be charged or paired, while at the same time protecting the front and back of the iPad Pro.

You can get the new iPad Pro from Apple here.