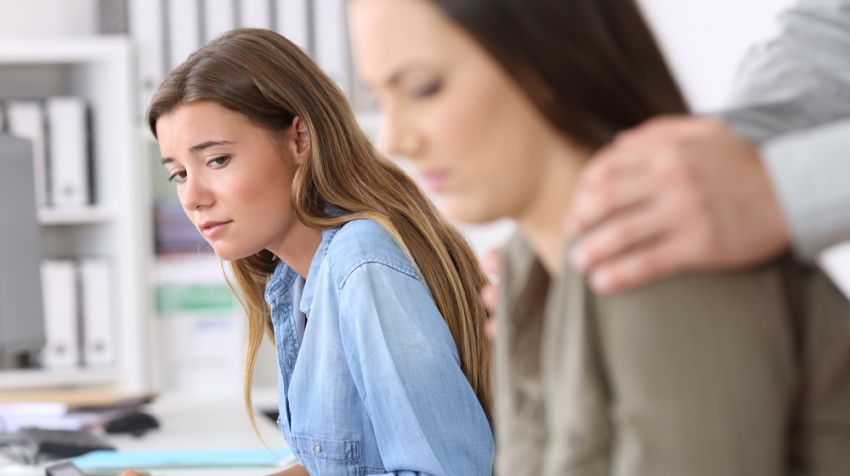 Are your employees afraid to speak out about problematic co-workers? A new study shows workers often fail to report co-worker behavior that’s harmful to the company, up to and including fireable offenses that could lead to lawsuits for the employer. Here’s what you need to know—and how to find out what’s really going on at your workplace.

Almost two-thirds (63%) of respondents say they’ve witnessed behavior at work that was disruptive to culture, productivity and/or the business itself, but didn’t report it to management.

Why do employees keep quiet about bad behavior? Here are the top reasons:

What’s the impact of bad behavior at work?

Negative workplace behaviors have far-reaching impacts on both the worker and the business. Some workers quit their job rather than confront or report a co-worker. Women are 30% more likely than men to quit their jobs because of a co-worker or supervisor’s behavior. Women and people with lower household incomes are also more likely than men or those with incomes over $150,000 to fear retaliation or job loss if they report bad behavior.

Overall, the three behaviors that all employees say have the biggest negative influence on the workplace are poor management skills (64%), bad attitudes (58%) and incompetence (56%). Obviously, these behaviors have major ramifications for the success of the business itself.

How to prevent bad behavior at work

One reason employees may fail to report negative behavior: It’s often hard to put into words. A whopping 78% of respondents agree with the statement, “The most common disruptive behaviors at work are done in subtle or passive-aggressive ways.” As a result, there’s no real evidence—just one employee’s word against another’s.

If you rely on your managers or executives for insights into what’s going on at your business, you’re only getting only part of the story. Warble’s study found companies that depend too heavily on manager’s perspectives are more likely to be blind to problems, such as poor management, that affect the rest of the employees.

How can you reduce bad behavior at your business—and get employees to be honest when it does happen?

When employees do report bad behavior, use the information to take action and make changes. For example, employees who have a bad attitude or poor management skills may not realize they need to improve. You may also need to provide additional training to improve competence or remind employees what type of behavior is unacceptable at work. Or,  you may need to take disciplinary action against an employee. Whatever action you choose to take, it’s imperative you do something. A demoralized or fearful workplace is not a productive one.