What are Self Managed Teams and How Can They Serve Your Business? 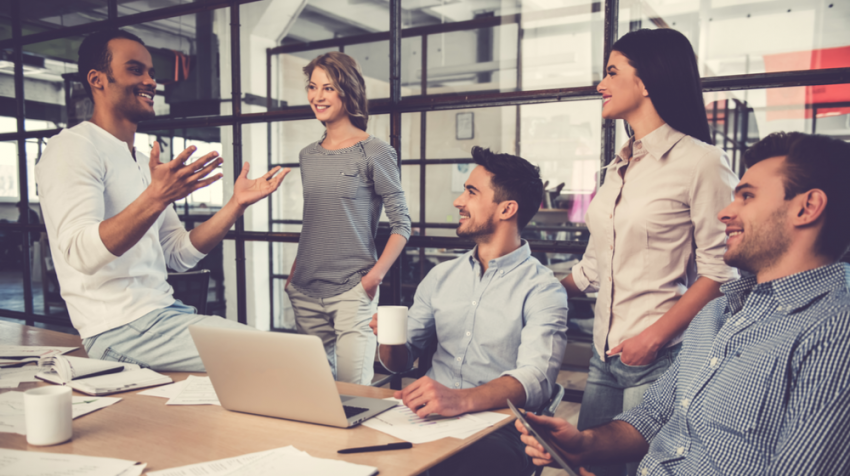 Simply put, self managed teams are like business collectives. These are a group of workers that work without supervision. Here’s what small businesses need to know about this model.

Who Started Self Managed Teams?

Self managed teams were first introduced in the 1960s. However, a Harvard Business School article points to a popular fast food chain as one of the originators of the modern version. Back in the 1990s, Taco Bell wanted to expand but was facing a shortage of capable managers. They decided the solution was to cut the number of supervisors and train lower-level workers to look after some of their own affairs.

This let the fast food chain assign one manager to several stores at a time and eventually employees were given more responsibilities like handling issues among colleagues and even training and hiring new workers. It might be a bit of a stretch to give Taco Bell all the credit, but the idea for self managed teams built on this business model and spread.

What Are These Self Managed Teams About?

There are some characteristics that go into a successful self managed team. It’s best if the group is cross trained and has a number of different job skills. It’s a good idea to keep them small although numbers depend on the task at hand. Small businesses will also want to keep turnover to a minimum so ideas and processes keep building inside the group.

What Do These Teams Do?

These groups can be put together to handle a variety of different business tasks. They might be permanent and put into place to continually handle entire products or services.  Others are fashioned to look after projects that are time sensitive or specific tasks.

What Are the Advantages?

Self managed teams are important because they motivate employees to take ownership. By allowing people to make decisions about any small business, they hit a new level of engagement and participation.

It works like this. When people are told to perform a task (serve that customer!) they become resentful. When you get them involved in making decisions about how those customers are served, they take ownership and the business thrives.

There are some other big pluses to these self managed teams too.

There’s an increased productivity of between 15 to 20% and a cost savings. As well, small businesses’ innovative side gets tweaked when employees are given free reign to improve processes.

There’s also an increased team spirit among the members of these teams. It also happens that they get along better with management because the stress level for supervisors goes down.

Like anything else, there are a few disadvantages to these self managed work teams too. In the end, the decision-making processes are longer because there are more people involved. If you work in some online businesses like web design, this might not be a good business model for you. Clients who buy from online enterprises often expect quick decisions and immediate results.

Your small business might get to get used to having more meetings as well. Once again, that’s not always going to be in the plus column for every company.

How to Put A Self Managed Team Together

During an interview with any candidates, stay focused on their communication abilities. This is one of the most important aspects of individuals who work well in these self managed teams.

It’s also a good idea to look for people who have industry-specific experience. These are the ones that can bring a lot to one of these self managed teams and solve problems they’ve seen before.

People into the Mix

If you plan on putting a bunch of people together and making them autonomous, it’s probably not a good idea to put inexperienced employees into the mix at first.

Here’s a few final tips to get you up and started.

It’s a good idea if you can assign somebody to peer coach any new employee on a team. If they’ve got questions, one of your more experienced members should be able to mentor them.