1 in 7 Americans Think They Are Sitting on a Game Changing Business Idea, Survey Says 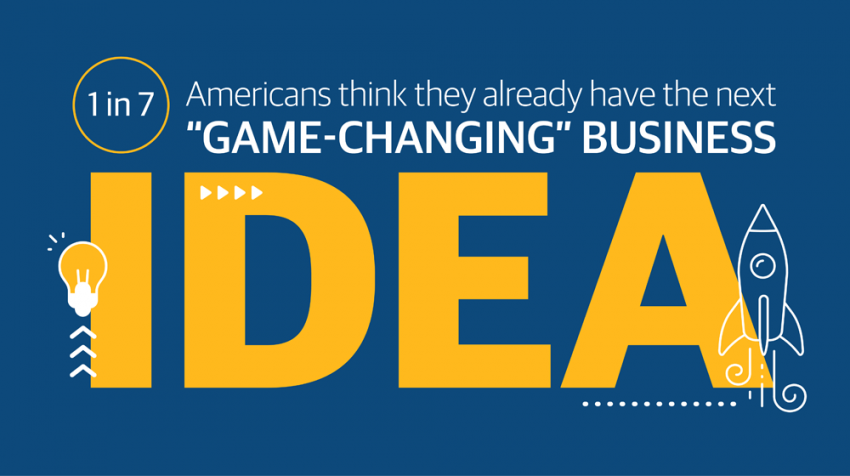 How confident are American entrepreneurs about their business idea? A Northwestern Mutual survey carried out by OnePoll reveals one in seven think their idea is so strong it could change the world and have a dramatic impact in the chosen industry.

This level of confidence is commendable and even necessary in order to persevere and make your dreams come true. However, the reality, which is pointed out in the survey, is there is a huge difference between having a great idea and making it happen.

For the tens of millions of small business owners in the US, the goal is not to change the world. Instead what they wanted to do is make a living on their own terms doing what they love to do. If they happen to change the world in the process, they probably won’t complain.

More than anything, Northwestern Mutual wants Americans to know they can turn their business ideas into reality if they have the right plan and support system in place. This includes everything from mentors to financial advisors.

In an emailed press release, Carrie Neumann, Director of Multicultural Market Strategy at Northwestern Mutual, explained the importance of having a plan and a support system through the entrepreneurial journey.

Neumann said, “A personalized, holistic plan sets business owners on track to achieve their goals, and it also puts protections – for the business, the owner and current or future employees – in place for the expected and unexpected.”

Adding, “For entrepreneurs, a trusted financial advisor is not only a great resource for the many questions that come up when starting a business, but an advisor can also help plan for the long-term.”

OnePoll carried out the survey on behalf of Northwestern Mutual with the participation of 8,000 US adults from July 9, 2018, to September 7, 2018.

Overall the respondents showed great confidence, with 45% indicating their idea is a genuine winner. Of those with a business idea, one in seven said it was a game changer and another 46% stated their idea will really help people. 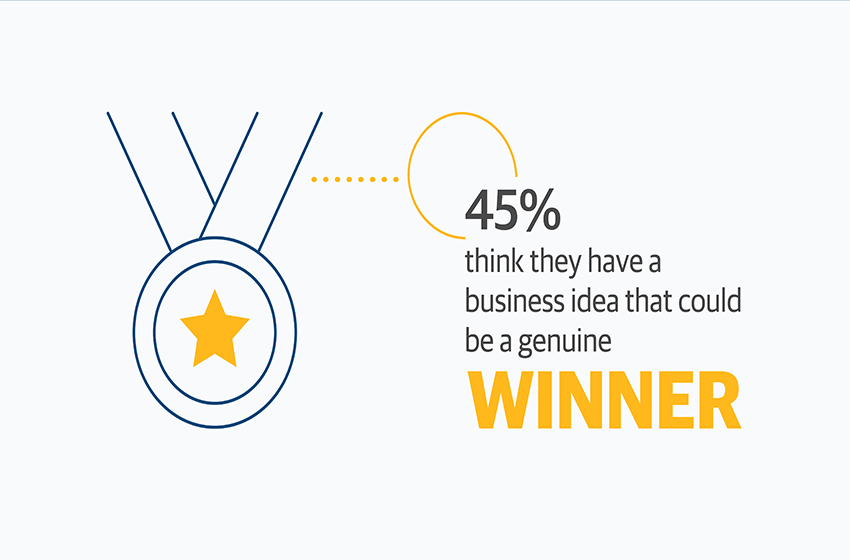 The confidence and aspirations entrepreneurs have are admirable, but there is a large percentage of Americans, 41% to be exact according to the survey, who will not take the necessary steps to make their business dream a reality. 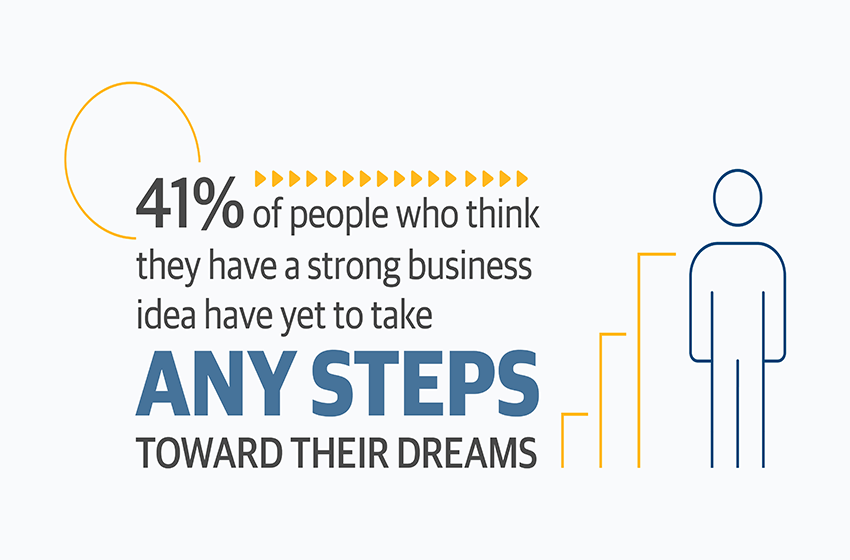 According to Northwestern Mutual, this is because entrepreneurs face barriers on the road to turn their idea into a business.

These obstacles are significant because they are responsible for completely derailing the ambitions of entrepreneurs if they are not addressed properly. Not surprisingly, the biggest challenge is the lack of finances, which was identified by 65% of the respondents in the survey.

Some of the other challenges are obstacles individuals will have to overcome personally within themselves as well as by finding the right support system.

Close to third or 32% said overcoming the fear of failure was a challenge, followed by 28% who said not knowing what the next step is. One in five or 20% stated they are overwhelmed, with 17% revealing not having people who support them as being another obstacle they must overcome.

Having a support system is crucial for entrepreneurs no matter what stage of development they are in. Continual support from expert advisors and mentors ensures a more fluid transition through the different stages a business experiences as it grows.

What Happens Once a Business is up and Running?

After a business is up and running, the challenges don’t stop. For 59% of the respondents in the survey, having an unstable or unpredictable income was a big issue.

In addition to finances, 48% also said they are more stressed, with another 40% pointing out the increased number of working hours they have to put in as some of the drawbacks of running their own business.

These drawbacks, however, don’t hold entrepreneurs from moving forward. More than half or 55% said the autonomy and ability to be your own boss are a definite plus. Additional perks the respondents revealed include growing their income (55%), following their passion (51%), supporting the family (47%), and having greater job satisfaction (46%). 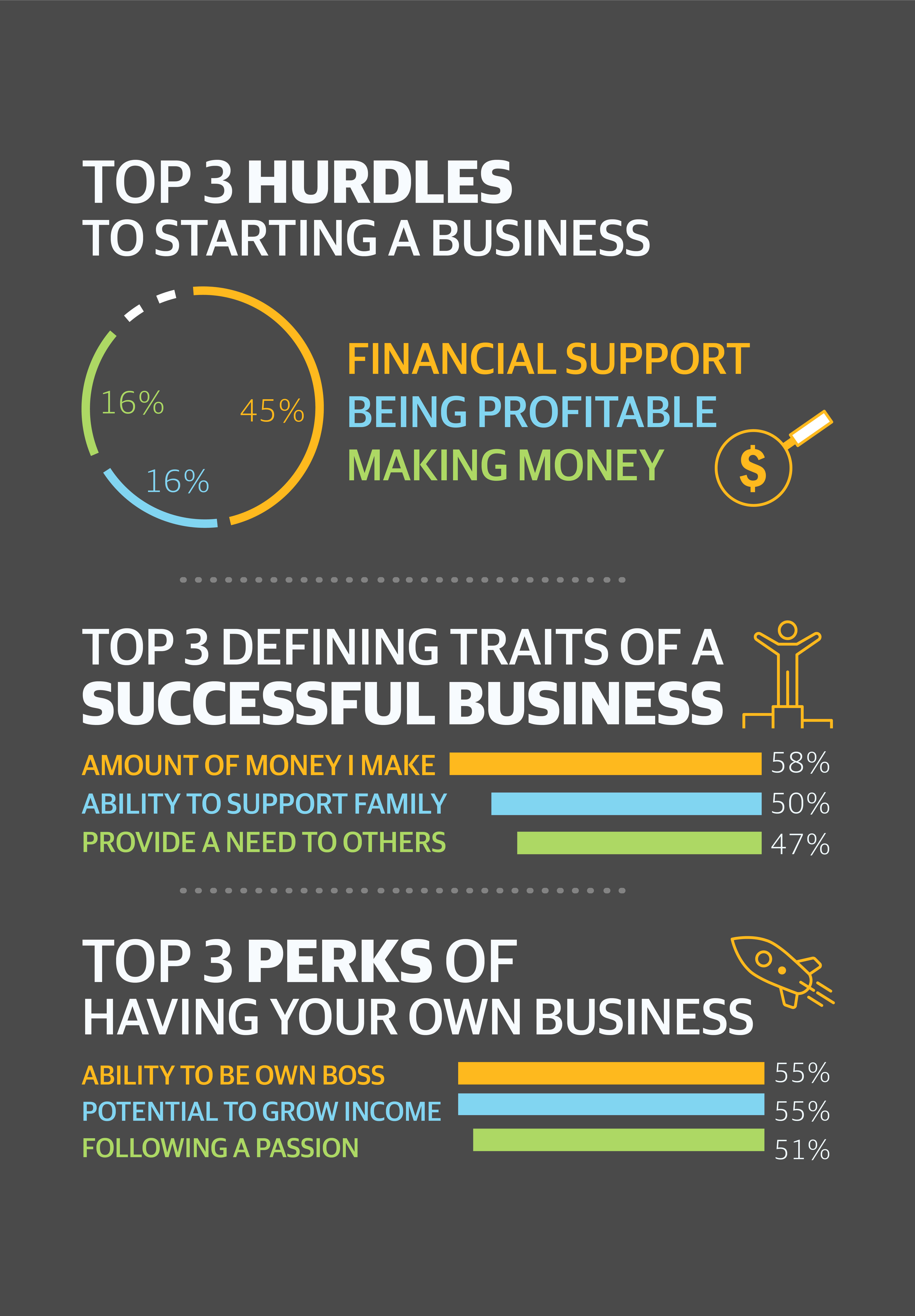