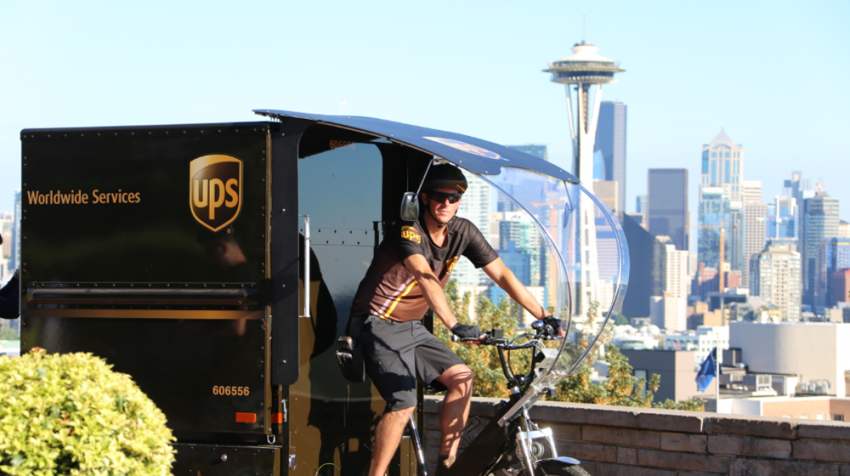 Did you know UPS was established in Seattle in 1907 as a bicycle messenger company? Going way back to its roots, the company is using new cargo eBike and custom, modular package delivery trailers in the Pike Place market area of Seattle.

The bikes will address a host of issues for UPS and the city in a crowded and congested part of town. By operating on sidewalks and in designated bike lanes, the company provides an environmentally friendly solution while completely avoiding the traffic for faster deliveries.

For small business owners looking to better serve their communities, the new delivery service from UPS offers some valuable insights. Using bikes, electric vehicles or scooters to make deliveries instead of regular cars or trucks, lets your customers know the efforts you are putting into making your environment better.

Customers who are environmentally conscious will see these efforts and reward you with their patronage.

Undoubtedly UPS will also reap the benefits of making this effort in cities across the country and the world moving forward. In a press release Scott Phillippi, UPS’s senior director of maintenance and engineering for international operations, said the project is the first of its kind designed to address the challenges of urban congestion.

Currently, UPS operates a number of logistics projects in more than 30 major cities around the world using bike and foot delivery in inner-cities. Phillippi added, “We’re looking forward to being able to offer these customizable urban delivery solutions to other cities nationwide.” 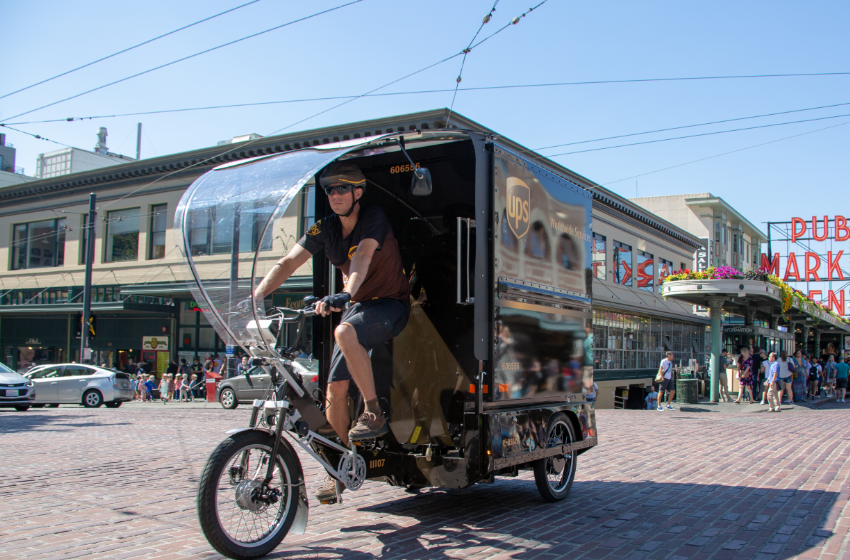 The UPS eBike was first demonstrated in 2012 in Hamburg, Germany, serving as a prototype for the latest cargo eBike being used in Seattle.

This bike was developed in collaboration with Silver Eagle Manufacturing using Truck Trikes. It comes equipped with a battery-powered electric motor capable of traveling long distances while transporting up to 400 pounds of cargo.

The 95 cubic foot capacity trailer is a modular and detachable box which offers the flexibility to adapt in different locations. The cargo eBike can be powered with a battery or by the rider using pedals like a traditional bike.

The new bikes will deliver packages in the Pike Place Market Area from South Belltown to the Southern End of the Market, including Western Avenue. 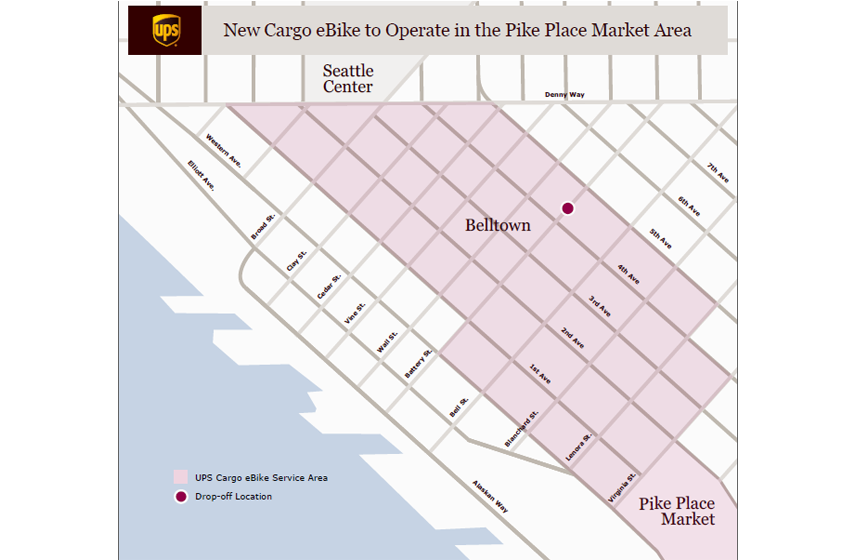 The route was developed in partnership with the Seattle Department of Transportation. And according to UPS, if it is successful the route will be expanded with additional cargo eBike deliveries in other parts of the city.

Seattle Mayor Jenny A. Durkan explained the need for this technology as the city continues to grow. She said, “As Seattle grows and public and private megaprojects limit capacity on our downtown streets, this pilot will help us better understand how we can ensure the delivery of goods while making space on our streets for transit, bikes, and pedestrians.”

With a global fleet of 119,000 package cars, vans, tractors and motorcycles, UPS has been making a concerted effort to introduce alternative fuel and advanced technology vehicles.

As of today, the company says it has 9,300 vehicles in its fleet which are powered with all-electric, hybrid electric, hydraulic hybrid, ethanol, compressed natural gas, liquefied natural gas and propane.

The company says the cargo eBikes in Seattle are among 10 electric and hybrid electric vehicles operating in Washington as part of a strategy to electrify its delivery fleet.