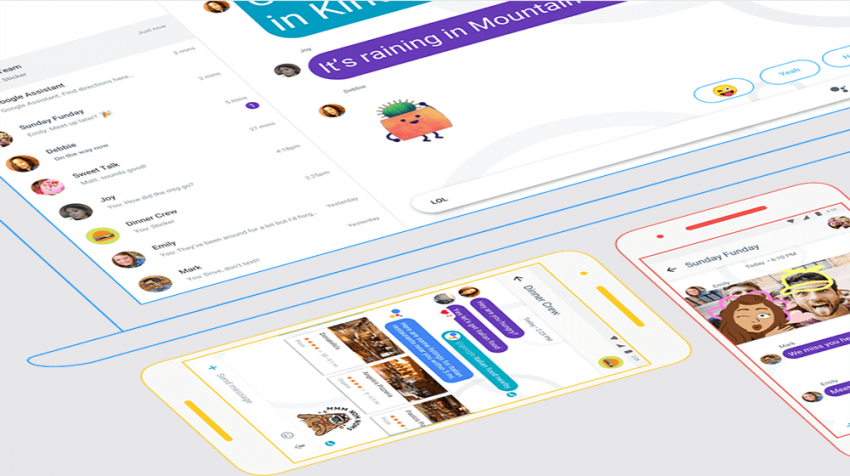 When it comes to search, Google has no equal, but the company just doesn’t seem to get messaging right. The shutting down of Allo two years after it was announced at I/O 2016 is the latest example.

Allo App is Shutting Down

Google officially announced it is shutting down Allo after pausing further investment in the app earlier this year. The decision came about because Google wasn’t achieving the right numbers in terms of downloads and Allo just wasn’t getting the necessary traction to warrant additional investment.

For businesses and individuals who were using Allo, Google says it will continue to work until March 2019. In the meantime, the company is recommending users download their conversation for safe keeping.

Here is an instruction page on how to download your conversation history from Allo.

On the same blog announcing the demise of Allo, Google also revealed what is ahead for Messages, Duo, and Hangouts. The company said it wants to share the effort it is putting in developing a simpler communication experience.

For Google, this means having a capable default messaging experience for Android users the way Apple has managed to do with iMessage for iOS. But Google’s plan seems to involve upgrading different services to address consumer and business needs.

On the consumer side, Google is refocusing on Messages and Duo. Google will add some of the best-used features in Allo to Messages including Smart Reply, GIFs and desktop support.

It will also integrate Rich Communication Services (RCS) Chat with Google Photos and other services to make Messages a comprehensive communication app for Android users.

Duo is a video calling app which can be used on Android and iOS devices. On this front, Google is going to increase support for Duo on iPad, Android Tablet, Chromebook and Smart Displays this year.

The latest development for the app allows leaving a video message. Google also says it is adding more features based on machine learning to improve the quality and simplify the video calling process.

Consumer communication grabs the headlines, but the technology is even more important in the workplace.

Google is upgrading its Hangouts platform so businesses can collaborate more efficiently and with greater ease. Hangouts Chat and Hangouts Meet will allow teams to come together without worrying about compatibility issues.

According to Google, Hangouts will allow organizations to come together with their clients, vendors, partners, and others on a single platform.

As of right now, Hangouts Chat and Meet are available for G Suite customers, but in its “Keyword” blog, Google says at some point it will offer these features to existing Hangouts users.

One thing is for sure. Google is not giving up on its endeavor to create a robust messaging platform. It remains to be seen whether this latest restructuring — involving four apps and two categories — will do the trick.