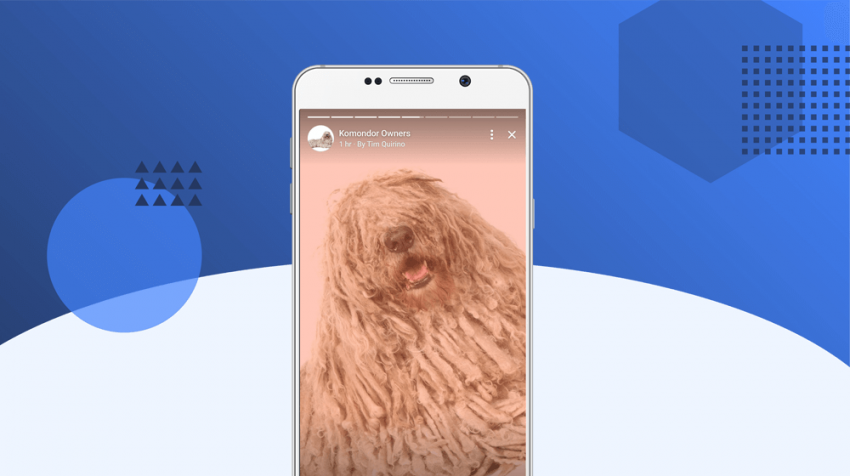 Facebook has added Stories to all of its brands and now it is also part of Groups. With this new feature Group members can be part of the story by contributing and collaborating in a conversation. Since many businesses and brands maintain such Groups, this may be an opportunity to boost engagement.

The addition of these features means businesses will be able to engage with their audience outside of newsfeed ads. This new capability comes after Facebook announced it was offering ads for businesses in Stories earlier this year.

With hundreds of millions of daily Stories users across all its brands, offering additional engagement options was a natural progression to attract more users. And the tighter controls for admins give members a safe place in which they can share moments with their group and choose who can contribute.

Facebook is especially highlighting the new features available to admins. In the Blog, the company said admins will have the ability to effectively manage the group stories while maintaining a safe place where members can share freely.

It goes on to say, “With these tools, group admins are able to approve or delete member stories before those get shared with the community. Group admins are also able to mute members and select a setting that allows only admins to post or contribute to group stories.”

With the new features, Facebook Group members can use their Android or iOS mobile device or desktop to view Group Stories. However, if they want to add to a Story they can only use their mobile device.

Adding to a Group Story requires members to tap on the Story button located by the Group mobile page and selecting the “Add” button. At this time members can react with emojis or add their own photo, video, text, and other content.

When it comes to admins, they will be able to directly interact with members and use these new features to reach their membership. It starts with a feature which lets admins approve members before they can add any content to a Story.

The ‘admin tools’ on a mobile device or ‘moderate group’ on a desktop can be used for managing pending and reported stories. The stories can then be muted or have those members blocked from contributing any further.

If a member posts a Story photo or video which is not related to the Group, the admin can delete it.

One of the issues Facebook is tackling with the new features is privacy, which is being addressed by giving admins more control over who can be a member and what they can post.

The Cambridge Analytica case, Russian hackers, and privacy issues have been plaguing Facebook for the better part of almost two years.

Giving its users more control over their Group means not anyone can post content and if they find something objectionable, they can delete it.