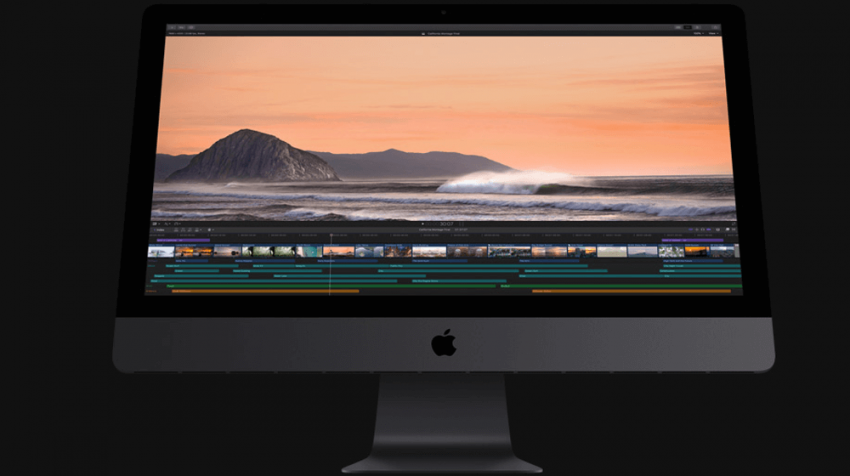 The 28th update to Final Cut Pro X (FCPX) since 2011 was announced as the FCPX Creative Summit was being held. Upgrades also include upgrades to Motion 5.4.2 and Compressor 4.4.2 perfect for small businesses.

The new functionalities in FCPX 10.4.4 will give video editors more tools for workflow extensions with third-party apps along with better integration. Apple also listened to its customers and a number of requested features will be part of the latest iteration of this software.

Although Apple users have access to other video editing software, Final Cut Pro is optimized to work more efficiently within the Apple ecosystem.

This has made the software highly popular in the creative field where Apple laptops and desktops are used. Final Cut Pro is used by everyone from YouTubers to small businesses and large movie studios.

The biggest update is the workflow extensions which will allow third-party companies to be part of the FCPX ecosystem for the first time. Apple is notoriously protective when it comes to who it lets in. This is a sign the company is finally letting its guard down so its customers can use resources they need within its ecosystem.

As part of FCPX, users can now access extensions from Shutterstock, Frame.io, and CatDV within the app. This means not having to open another app or window to make them work.

When it comes to Shutterstock, you will be able to browse photos, videos, and music while you are editing and use them as needed with the free or licensed images.

The Frame.io extension adds a collaborative tool by allowing you to review comments and annotations in real-time. This includes dragging clips and projects into the FCPX library and jumping between markers for better editing.

The CatDV extension will integrate the video editing tool tightly by matching the appearance of Final Cut Pro. You can also synchronize playbacks between extensions and the timeline, add clip markers, and drag media into Final Cut Pro libraries. 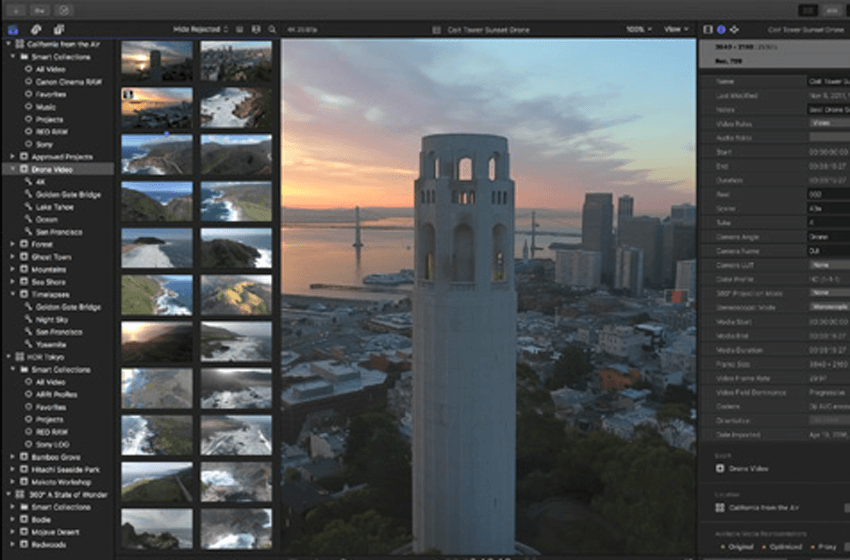 Some of the features which were requested by users and are now part of FCPX are Batch Sharing for exporting multiple clips or projects in one step; Comparison Viewer to help with color grading; Floating Timecode to view the asset being used at the time, and Video Noise Reduction function to minimize objects from low-quality recordings.

Motion 5.4.2 is getting a color correction tool from the FCPX update with effects now appearing as the matching GUI in the inspector for wheels, color curves, and hue/sat curves.

Apple has also added Custom LUTs and a Comic Filter which converts video or images into comic book like illustrations. 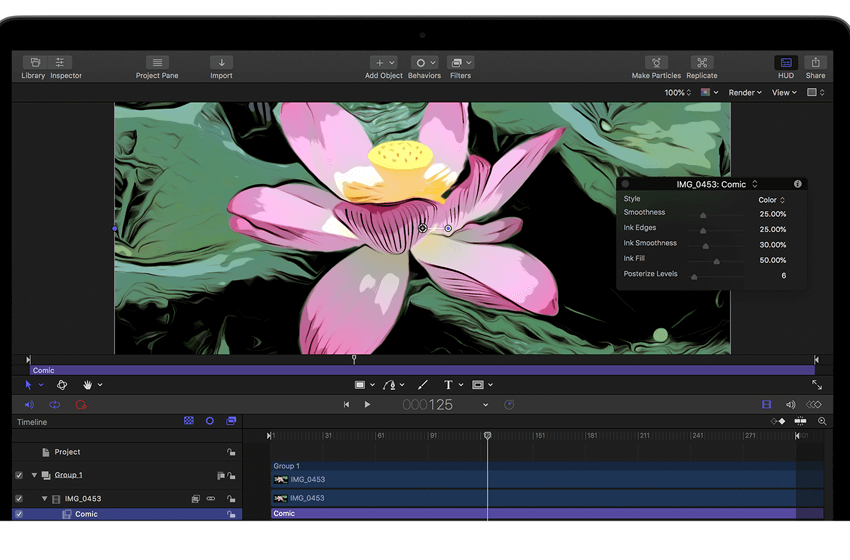 Compressor 4.4.2 gets a 64-bit engine, which will go a long way to improving performance. Closed Caption and Automatic Configuration are also part of the update for Compressor for automating frame rate, field order, and color space settings.