The History of Women Entrepreneurs (INFOGRAPHIC) 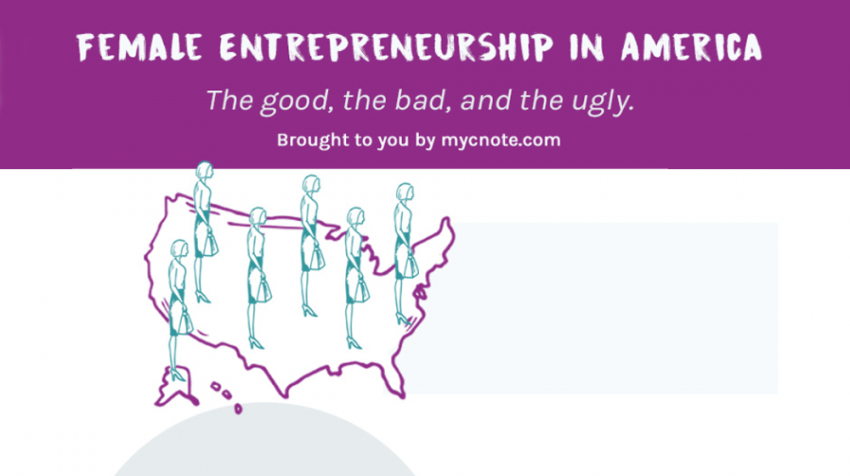 As inconceivable as it may sound, women entrepreneurs needed a man to co-sign their business loan up until October 25, 1988; that is a mere 30 years ago.

The absurdity of this practice is highlighted in a case where a divorced woman who didn’t have her husband present had to have her 17-year-old son co-sign her small business loan.

This information comes from a new infographic by CNote, which points out the challenges women entrepreneurs faced in the past and continue to face to this day.

With women businesses adding $1.7 trillion in revenue to the US economy and employing around 9 million people, removing any remaining obstacles will increase the contributions women make to the economy even more.

Data From the Infographic

The infographic says even though women have more access to credit today, they still face a considerable challenge when it comes to getting the capital they need.

Even today small businesses owned by women only get 4.4% of the total dollar amount of all small business loans. CNote says this comes out to $1 out of every $23 loaned out.

The numbers are even more dismal for women entrepreneurs looking for venture capital. In this environment, women only get $1 for every $50 invested, which comes out to around 2% of all venture capital funding.

Overall women-led companies only make up 4.9% of venture capital deals.

Despite these hurdles, women still persevere. Between 2017 and 2018, there were 1,821 net new women-owned businesses added per day.

On October 25, 1988, Ronald Reagan signed into law H.R. 5050 or The Women’s Business Ownership Act, as it was known. Reagan ushered in a new era of equality for women entrepreneurs by eliminating the archaic rules governing the ecosystem in which women had to operate in.

The law gave women entrepreneurs more resources, better recognition and it got rid of state laws which required a male relative to co-sign a business loan for a woman.

See Also: Number of Women-Owned Businesses Up 21% Since 2014

Giving women more access to capital has been responsible for the dramatic increase of women-owned businesses, which now stands at 39% of the total number in the US.

Whether you have a wife, mother, sister or friend who wants to start her own business or already has one, it all starts by supporting what they do.

According to CNote, start the conversation about this particular subject and drive awareness by sharing these facts with friends, colleagues, and even policymakers. And when it comes to policymakers, vote for elected officials who will make the playing field for women even.

When it comes to financial institutions, support those who are looking to eliminate the lending gap for women.