Trump Ends Shutdown, How Will It Affect Your Small Business? 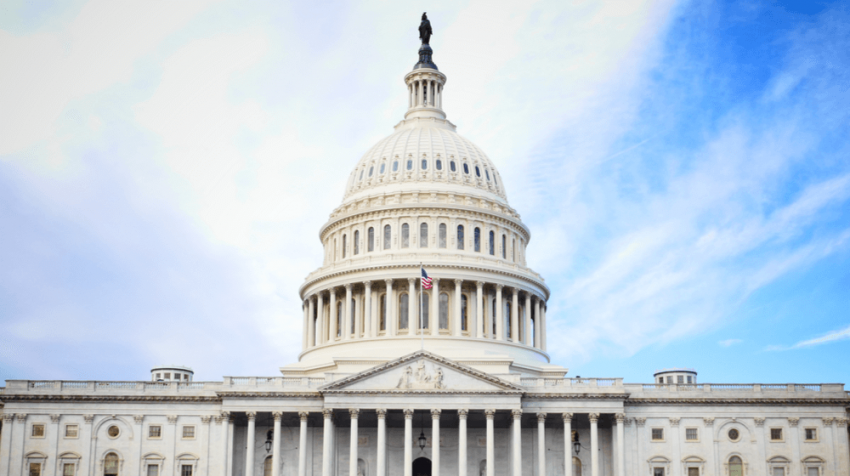 An agreement has been reached to temporarily end the partial government shutdown.

President Donald Trump announced Friday he is agreeing to re-open the federal government for three weeks. Back pay due to federal workers, he said from The Rose Garden, will be delivered “very quickly or as soon as possible.”

However, the end to the shut down is temporary. The President signaled it would go back into effect on Feb. 16. The deal to re-open is still contingent on his original demand.

Trump says Congressional leaders on both sides agreed to send him a homeland security package within 21 days that includes money for his physical border wall or barrier.

“I expect Democrats and Republicans will act in good faith,” the President said in announcing the re-opening of the government.

For small businesses, this is mixed news, surely.

First, the government agencies that small businesses rely upon in many cases will at least be back up and operational on Monday. The bad news is, they’ll be facing a backlog of work.

For small businesses and independent contractors who rely on federal contracts, there is still a lot of uncertainty. While their services may be needed now, they could be in the same situation later in February if a deal on Capitol Hill isn’t reached.

The Small Business Administration is one agency that will be back in business on Monday. Check out this page specific to the shutdown for the latest information from the SBA.

As parts of the government stay closed, more small businesses begin feeling the collateral damage of the shutdown. We reached out to a small business lending expert for some insight into the shutdown’s effect on companies potentially like yours.

“The government may be able to afford the shutdown, but many small businesses are struggling,” says Rob Rosenblatt, head of lending for Kabbage, in an email to Small Business Trends.

Anything involving the federal government has to be postponed. This can be everything from Small Business Administration (SBA) loans to receiving payment for federal contracts.

“Likewise, government-contracted businesses, such as those in the medical or construction sectors, are facing challenges in covering weekly expenses such as payroll and business supplies. We understand that government payments to small businesses for services already rendered have, in many instances, been delayed.”

That’s the case for one Washington DC-area business consultant who works primarily with government agencies. He says he’s losing $10,000 a month the longer a shutdown persists.

The shutdown is taking its toll on companies with compliance issues, too.

One craft brewer in northeast Pennsylvania can’t get the labels for its Spring line of beers approved until the Alcohol and Tobacco Tax and Trade Bureau reopens.

“We had the cans designed but before you go to production, the TTB must approve the graphics, so we’re waiting in limbo,” Red Maier of Susquehanna Brewing Company tells a local reporter.

When your revenue stream slows down or stops completely, staying afloat will entail accessing capital. Whether you are a federal employee or small business, this capital will carry you through until things pick up again.

For small businesses who are affected by the government shutdown, this may include accessing working capital from a lender.

Regarding access capital, Rosenblatt says, “The two most important resources for any small business are working capital and time.” And they need this capital quickly.

He goes on to say, “One thing is certain:  the shutdown is impacting small businesses, most of whom don’t have the time to wait for a bank to approve their loan application.”

For affected businesses, alternative lenders such as Kabbage have a quick application process and convenient products with loan amounts for covering expenses until revenues recover and government payments resume.

This was the third government shutdown of 2018 and it extended to 2019.

The previous two were in January (lasting 2 days) and in February (lasting just 9 hours). The tension around this partial government shutdown was intensified after about 800,000 federal employees missed at least one paycheck.

The impasse in Washington is over funding of Trump’s proposed border wall or barrier. He wants money in a federal spending plan earmarked for the project. Democrats in the House of Representatives are unwilling to pass any plan with wall funding in it.

Sides remain at a stalemate and the government stays shut down in the process.

Government employees who are not deemed essential from different departments were furloughed or working without a salary.

The partial shutdown also closed the following departments in DC:

Federal agencies and departments which were funded prior to the shutdown haven’t been affected.

The Impact on Small Business

The impact of a prolonged shutdown on small businesses is considerable. Everyone from restaurants to dry cleaners, retailers, gardeners, and many other industries are seeing fewer of the hundreds of thousands of federal employees in their place of business.

For new startups, this means they might not be able to get their employer identification number (EIN). This number is essentially the social security number for businesses.

Without an EIN number, a business can’t in earnest start their operations because they won’t be able to open a bank account and make payroll for their employees.

Regarding employees, if a small business is going to hire a new person it means the E-Verify system will not be available. For businesses operating in states with mandatory E-Verify, they have to verify a new employee within three days of hiring.

A long shutdown will mean these businesses might have to wait until the federal system is back on. This is yet another unintended consequence of the current impasse in Congress.

The impact of a government shutdown affects local, state, national and international businesses. As of today, both sides are supposedly working on dueling proposals to end the shutdown. Here is to Congress doing what is right for the hundreds of thousands of federal workers and the small businesses which are affected by it.

Michael Guta is the Assistant Editor at Small Business Trends and currently manages its East African editorial team. Michael brings with him many years of content experience in the digital ecosystem covering a wide range of industries. He holds a B.S. in Information Communication Technology, with an emphasis in Technology Management.
10 Reactions
Subscribe
Follow @smallbiztrends
RSS LinkedIn Pinterest iTunes