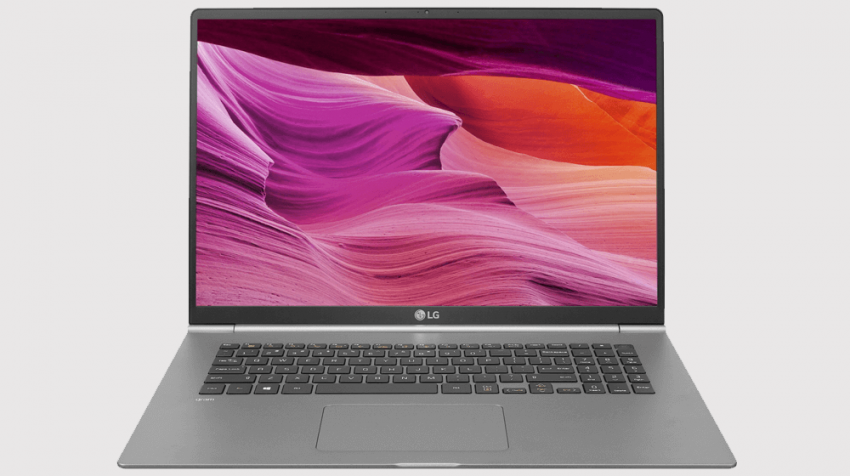 For the consumer electronics world the end of each year is a time to look forward to the biggest event for the industry, the Consumer Electronics Show (CES) in Las Vegas.

LG was out the door early by introducing its ultra-light gram laptops weeks away from CES 2019 with the new LG gram 17-inch and a new line 14-inch LG gram 2-in-1 with pen support. The new computers may be a good fit for small businesses and entrepreneurs seeking a powerful but portable option.

For small businesses looking for a light and powerful device, LG has ticked all of the boxes. The only thing left is how the company prices these two laptops, which will dictate just how receptive small businesses will be.

A Challenge to the Dwindling Market for 17-Inch Laptops

Standard 17” laptops are falling out of favor by most users and manufacturers. The majority of the 17” devices in the market today are being designed for gaming. This is because consumers are now opting for a light 13- or 14-inch laptops, with 15” versions reserved for power users.

However, LG might have overcome this particular predicament by delivering a light 17-inch high-resolution display within a 15.6-inch class body along with some impressive specs.

This seems to have been the goal by the company as head of LG’s IT business division, Jang Ik-hwan explained in the press release.

Ik-hwan said, “LG gram has evolved in accordance with what consumers have been asking for – super-light laptops that pair performance with optimum portability. With beautiful displays, compelling design and enough power for productivity and play, the 2019 LG gram models deliver convenience on a whole new scale, bringing unprecedented value to the laptop experience.”

The LG gram 17 comes with a display which has twice the pixels (2560 x 1600) of a standard Full HD display in a 16:10 ratio. What is even more impressive is LG managed to fit this configuration within a 15.6-inch class body.

As mentioned earlier it is light, yet it comes with a large 72W battery LG says will deliver up to 19.5 hours of operation on a single charge. This feature also overcomes another hurdle large screen laptops face, short battery life. 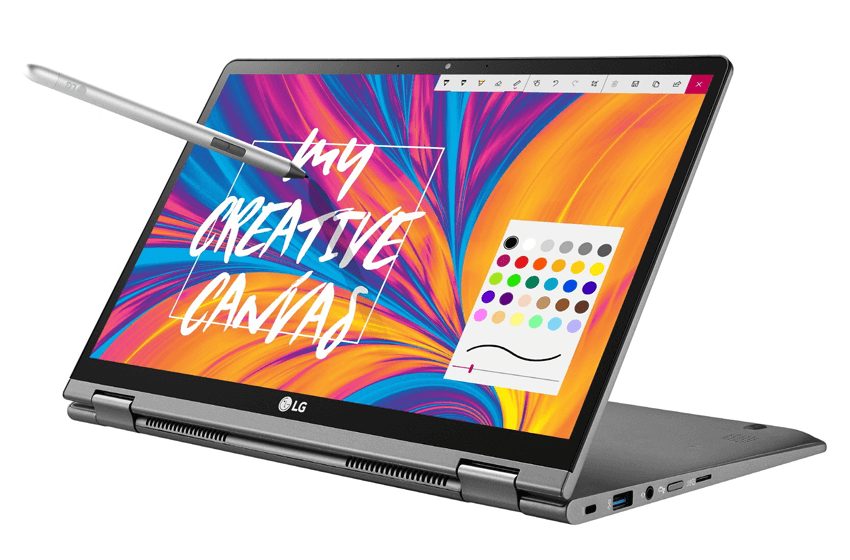 The LG 14 has a 360-degree hinge structure which allows it to go from laptop to tablet with ease.

For creatives looking for an all-in-one device, it features a Wacom AES 2.0 Pen with 4,096 pressure levels and tilt detection. This will allow users to create content with Wacom’s industry-leading technology on a 14-inch large touchscreen Corning Gorilla Glass 5 display.

Gorilla Glass 5 is known for its protective quality, but LG has also certified the 14” version with the same U.S. military MIL-STD-810G standard for durability.

The device will also be powered by the same 72W battery, which will give the smaller screen laptop up to 21 hours between charges. 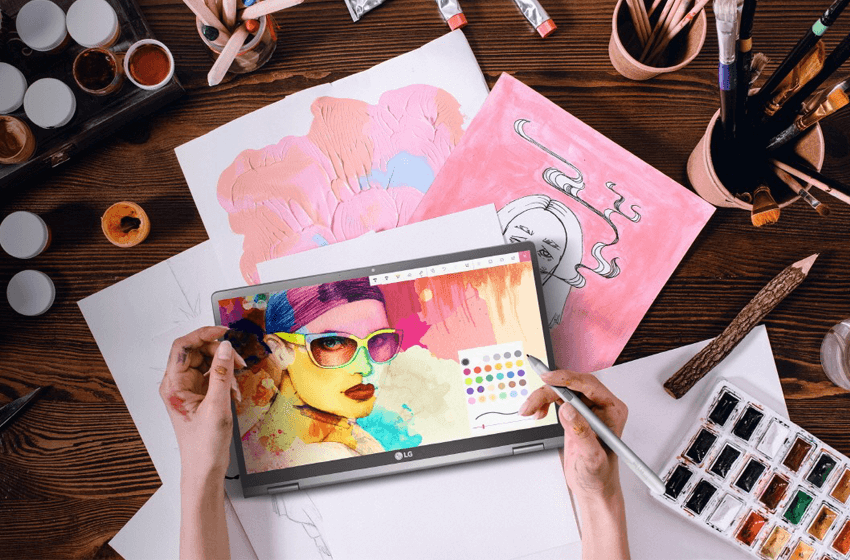 You can look at the full specs for both devices in the graph below. 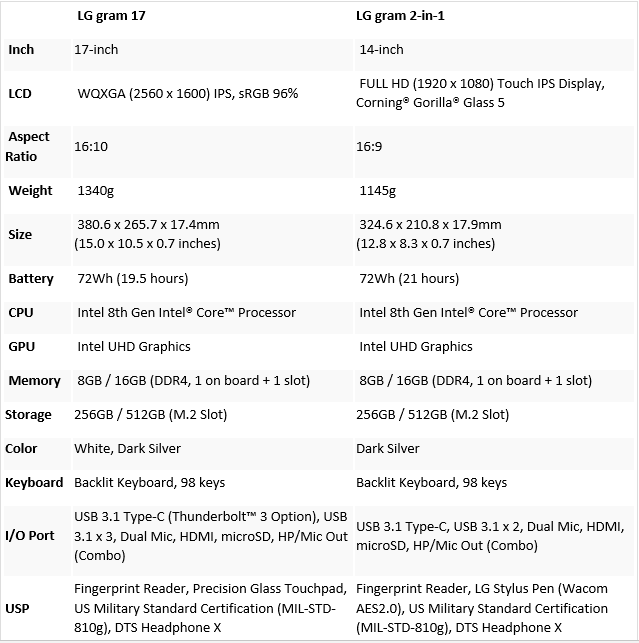 The 2019 LG gram models are going to be showcased at the company’s booth during CES 2019 in Las Vegas.

See Also: Super Slim LG Gram Could Let You Work On Your Business From Anywhere - for Longer

This is about all the information LG is providing regarding availability and price. So, everyone will have to wait until then to find out just how much they will cost and when they can get their hands on one.